Astrobiology research at NASA focuses on three basic questions: How does life begin and evolve? Does life exist elsewhere in the Universe? What is the future of life on Earth and beyond? Over the past 50 years, astrobiologists have uncovered a myriad of clues to answering these Big Questions.

Contributions from many disciplines of science must be integrated to answer these questions. Thus, the Astrobiology program at NASA enlists researchers from astronomy, chemistry, planetary sciences, geology, earth science, biology and many more disciplines. Astrobiology is understanding how we go from “star stuff’ to life. 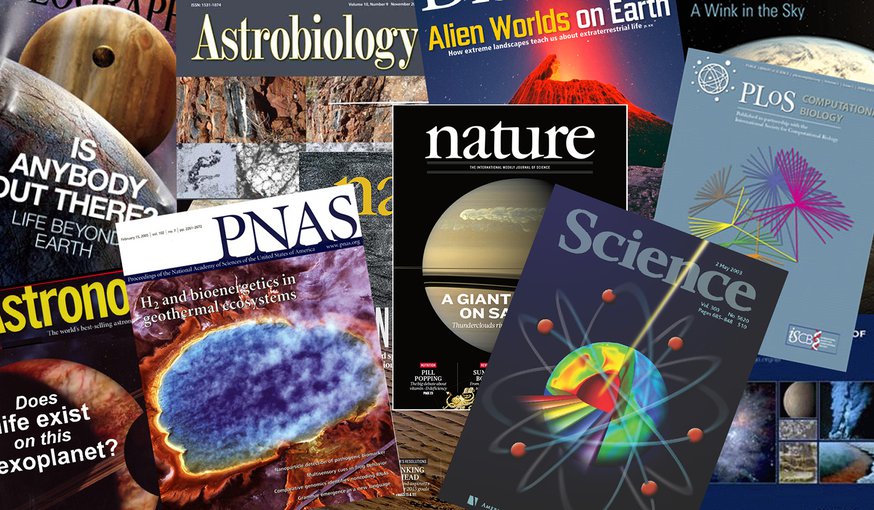 NASA-funded Astrobiologists are widely published. Browse our publication list for the latest articles.

A new generation of telescopes, including the Atacama Large Millimeter Array (ALMA) and the European Space Agency’s far-infrared space telescope Herschel, has enabled astrobiologists to study the distribution of abiotic organic molecules in star-forming regions to a much greater extent, providing the potential to reveal more about the relationship of these molecules to prebiotic chemistry. We now know that water and organic molecules are common in space (water is the second most common molecule in the universe), suggesting that life could have arisen elsewhere in the universe.

Additionally, chemists, biologists, and geologists have provided evidence that life appears to have taken advantage or reactions that can occur without biology and then innovates making these processes more efficient, flexible and adaptable. Earth and planetary scientist working with biologists have learned what critical features make a planetary body habitable. Researchers have explored extreme environments of Earth, studied the environmental limits that can support life, and have identified extraterrestrial environments in our Solar System and beyond that could be habitable. 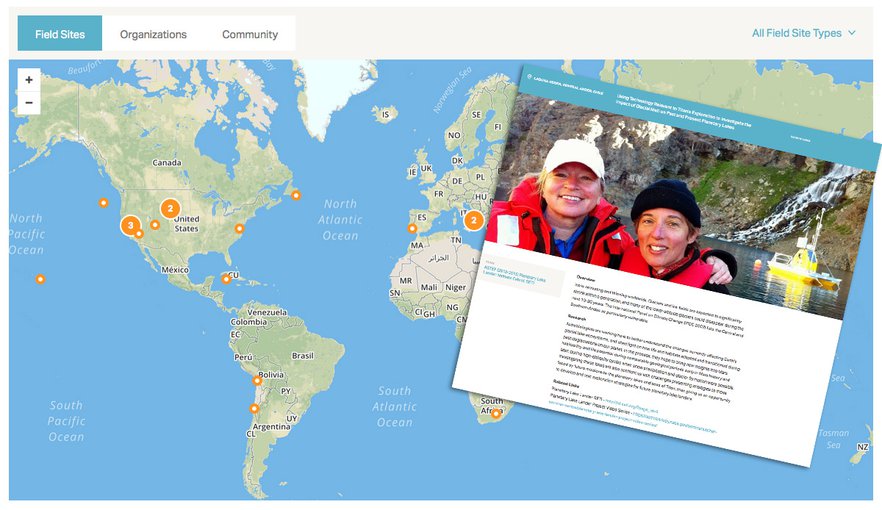 Engage with our interactive map to learn about Earth's extreme environments astrobiologists are exploring.

Astrobiology is already making major contributions to planetary science missions, such as the Mars Science Laboratory (MSL) – NASA’s first astrobiology mission to Mars – as they focus more and more on exploring potentially habitable environments in our Solar System. Given NASA’s focus on the search for planets and life, astrobiology will be the focus of a growing number of Solar System exploration missions, to Mars and to the ocean worlds of the outer Solar System.

Visit our section on Missions to learn about astrobiology involvement.Image credit: NASA/JPL-Caltech/MSSS.

In our own Solar System, the spectacular accomplishments of MSL and the Mars Exploration Rovers have greatly advanced our understanding of the geological and geochemical history of Mars and sites for future missions that have the greatest potential for past or present habitability. Astrobiologists are involved in planning for NASA’s next Mars lander mission, Mars 2020, and the European Space Agency’s ExoMars mission. Both missions will search for biosignatures of life by exploring surface and subsurface Martian environments. The Cassini-Huygens mission to the Saturn system has provided astrobiologists the opportunity to explore the possibility of habitability in liquid bodies that include hydrocarbon lakes on Titan and a salty liquid subsurface ocean on Enceladus. Astrobiologists have significantly advanced our understanding of the potential habitability of subsurface liquid water oceans on icy worlds in the outer Solar System, including Saturn’s moons Titan, Enceladus, and Dione; Jupiter’s moons Europa and Ganymede, and Neptune’s moon Triton.

Beyond our Solar System, thanks to observations by NASA’s Kepler planet-hunting spacecraft, an astrophysics mission launched in 2009, astrobiologists now have an exploding tally of exoplanets to study and characterize, many within their star system’s habitable zone. Recent astrobiology research has focused on how star-planet interactions affect the limits of habitable zones and overall planetary climate conditions. 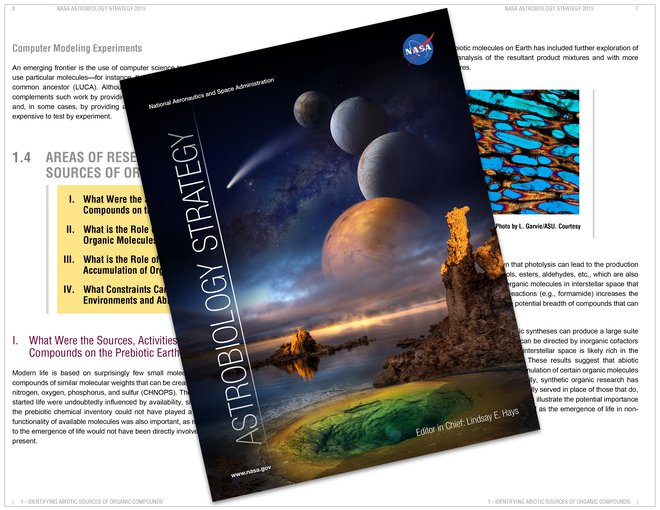 The 2015 Astrobiology Strategy identifies questions to guide and inspire astrobiology research in the lab, in the field, and in experiments flown on planetary science missions over the next decade.

NASA’s 2015 Astrobiology Strategy, developed in collaboration with the astrobiology community, identifies topics and questions to guide astrobiology research in the lab, in the field, and in experiments flown on planetary science missions over the next decade.

Major topics of research in astrobiology today include identifying abiotic sources of organic compounds, the synthesis and function of macromolecules in the origin of life, early life and the development of increasing complexity, the co-evolution of life and environment, and identifying, exploring, and characterizing environments for habitability and biosignatures.

Astrobiology research at NASA is funded at $60 million for fiscal year 2016. Most of this funding is distributed primarily through three of the core planetary science research and analysis (R&A) programs: Exobiology, Habitable Worlds, and Emerging Worlds:

Other planetary science R&A programs through which astrobiology may distribute funding are: