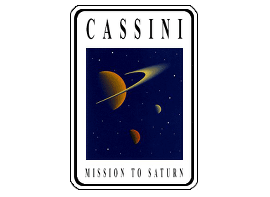 Cassini-Huygens reveals new details about the potential for life on moons around giant planets.

Mission Overview
The Cassini-Huygens Saturn Orbiter and Titan Probe was launched in 1997 and arrived at Saturn in 2004. The mission completed operations on September 15, 2017. At Saturn, Cassini released the Huygens probe toward the planet’s gas-shrouded moon Titan. Huygens touched down on the moon on January 14, 2005, and became the first robotic explorer to land on an outer solar system body.

Web Pages for accessing Cassini data:
The Planetary Data System Atmospheres Node announced the release of a preliminary version of newly designed, comprehensive web pages for accessing Cassini mission data: https://pds-atmospheres.nmsu.edu/data_and_services/atmospheres_data/Cassini/Cassini.html. These pages are the culmination of a joint effort of the Cassini team and PDS nodes to provide a central hub that links to wide range of resources from this complex mission.

Relevance to Astrobiology
The Cassini-Huygens mission has provided invaluable data for astrobiologists studying life’s potential on the moons of giant planets.

Cassini-Huygens data also revealed that that Titan could have reserves of liquid water, similar to those on Jupiter’s moon Europa, trapped beneath its frigid surface. This finding opened our eyes to new possibilities for habitable environments on the mysterious moon.

Cassini also witnessed icy plumes erupting from Saturn’s small moon Enceladus. When flying through the plumes, the spacecraft found evidence of saltwater and organic chemicals. This raised questions about whether or not habitable environments could exist beneath the surface of Enceladus.

Cassini’s primary mission was completed in June 2008, but operations continued until September 15, 2017. Scientists will continue to work with the spectacular data collected by Cassini for years to come, helping astrobiologists understand potential habitats for life in the Solar System. This work will also help determine processes that could lead to habitability on the moons of giant planets around distant stars.

Thanks in part to the Cassini-Huygens mission, Enceladus and Titan are now two of astrobiology’s highest priority targets for exploration. The Astrobiology program devotes a great deal of resources toward determining life’s potential on these unique moons. Studies supported by the program include Earth-based research in laboratories and in the field that are used to interpret data being returned by the Cassini mission. The Astrobiology Program also supports the development of instruments that will be used on future missions to the Saturn system.

The Astrobiologists
NAI University of Hawaii, Manoa Team member Toby Owen is a Co-I and interdisciplinary scientist on the Cassini mission, and one of the scientists that led the mission to a new start as a NASA-ESA mission.

NAI Jet Propulsion Laboratory (Icy Worlds) Team Co-I Christophe Sotin is a Cassini-Huygens Co-Investigator. His involvement includes development of thermal evolution models of icy satellites which have been constrained by observations of their atmosphere and surface geology. Sotin is also involved in implementing the observations and processing data from the VIMS/Cassini spectrometer.

NAI Jet Propulsion Laboratory (Titan) Team member Jonathan Lunine is a Titan Interdisciplinary Scientist on the Cassini Mission. Roger Yelle is a Co-I on the Cassini Ion and Neutral Mass Spectrometer. Robert West is a Co-I on both the Imaging Science System and Ultraviolet Imaging Spectrograph science teams. 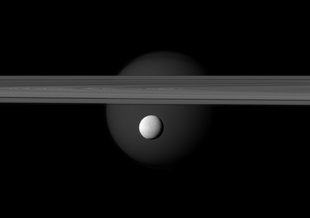 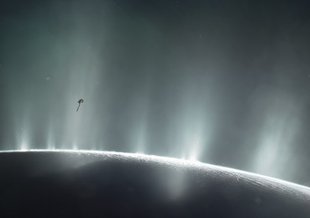 Phosphorus and the Prospects for Life on EnceladusOctober 07, 2022
All News
Major mission findings

Astrobiologists used data from Cassini to estimate the amount of phosphorus in the ocean of Enceladus in 2022. Phosphorus is a key ingredient for life and is used in essential informational molecules like DNA, and to store energy in molecules like ATP. The findings showed that phosphorus could be abundant, which boosts prospects that the moon’s ocean could be habitable for life as we know it.

Measurements from the Cassini spacecraft have found a body of liquid water the size of a Great Lake on Enceladus. Read More

The discovery of Enceladus’s massive plume was such a surprise that mission designers completely reshaped the mission to get a better look. The discovery became even more important when Cassini found evidence of water-based ice in the plume. Life as we know it relies on water, so the search for life suddenly extended to this small, bright moon. The recent discovery of signs of an subsurface ocean makes Enceladus one of the most exciting science destinations in our solar system.

Imaging with radar and both visible and infrared wavelengths shows that Titan has many geologic processes similar to that of the Earth. These processes generate methane rains, which build river channels and form lakes and seas containing liquid methane and ethane that don’t immediately evaporate. The first full mosaics of Titan’s surface were acquired on May 13, 2005. Scientists then reported liquid lakes on Titan on January 3, 2007, in the journal Science. New views of Titan’s ‘Land of Lakes’ then came on October 23, 2013.

Titan’s atmosphere is a zoo teaming with a variety of molecules — the most chemically complex in the solar system. Beginning with sunlight and methane, ever more complex molecules form until they become large enough to make the smog that covers the giant moon. Nearer the surface, methane, ethane, and other organics condense and fall to the surface where likely other prebiotic chemistry can take place.

The origin of Iapetus’s two-faced surface has been a mystery for more than 300 years. The Cassini spacecraft solved the puzzle. Dark, reddish dust in Iapetus’s orbital path is swept up and lands on the leading face of the moon. The dark areas absorb energy and become warmer, while uncontaminated areas remain cooler. The moon’s long rotation period contributes to the yin-yang effect. 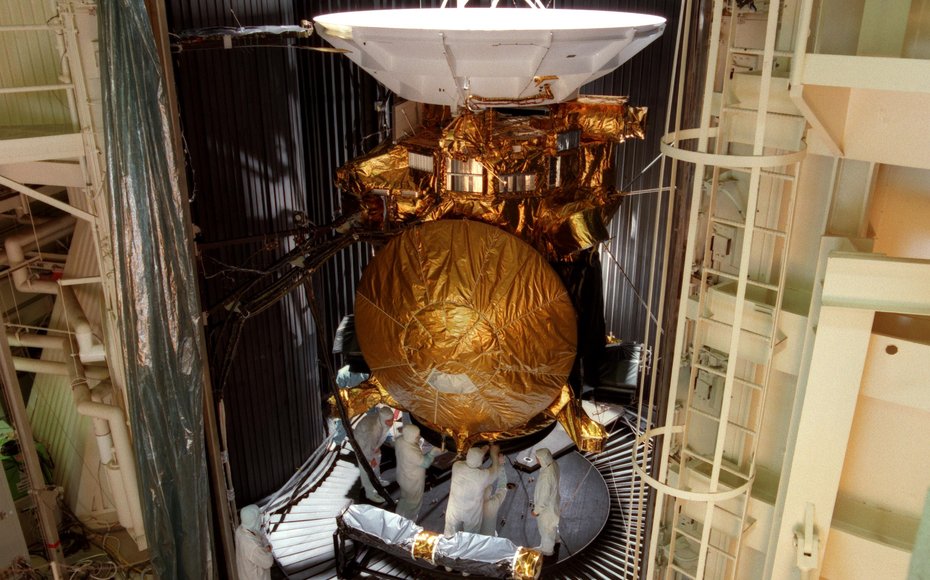 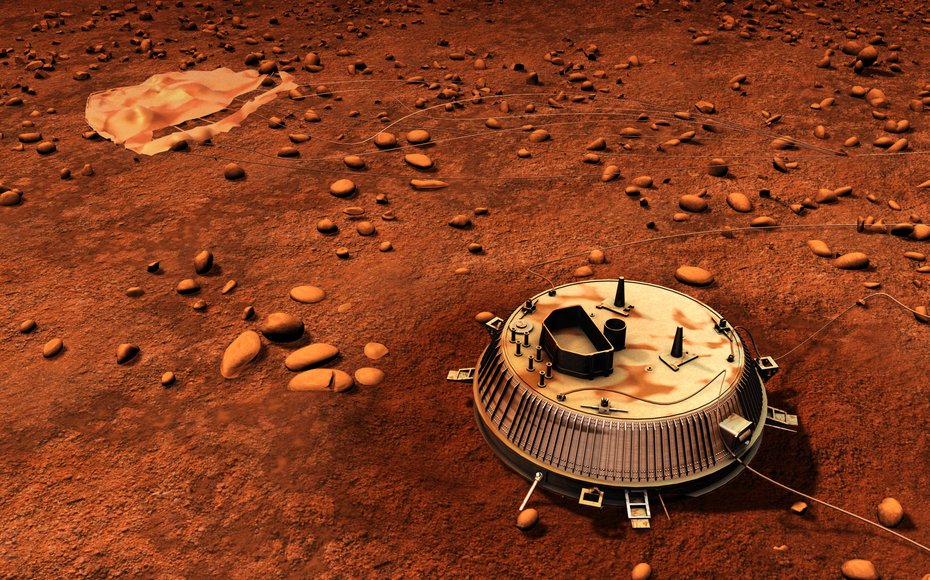 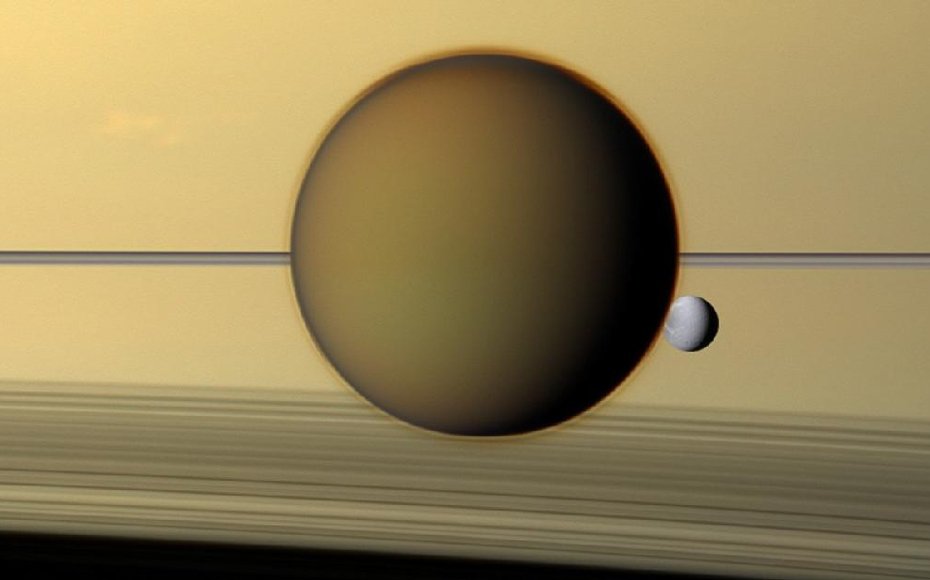 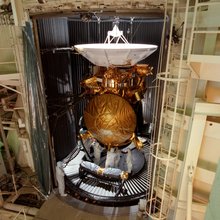 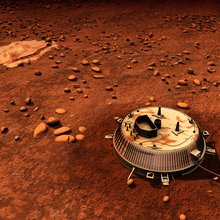 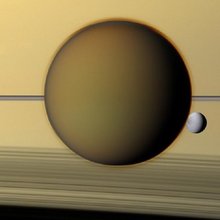 Cassini’s looping, elliptical path around Saturn is carefully designed to enable occasional visits to the planet’s many moons. All flybys provide valuable information about the icy satellites, and encounters with giant Titan are used for navigation.