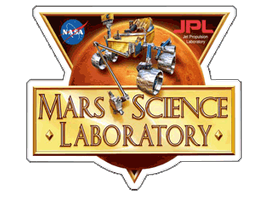 MSL’s Curiosity rover is studying whether or not Mars ever had environments capable of supporting microbial life.

Mission Overview
The Mars Science Laboratory mission includes the Curiosity rover, which landed in Gale Crater on Mars on August 6, 2012. Curiosity is the largest, most advanced rover sent to Mars thus far. MSL is focused on determining the past habitability of Mars and is directly relevant to the goals of astrobiology.

Relevance to Astrobiology
The Curiosity rover is advancing the field of astrobiology by investigating Mars’ habitability, studying its climate and geology. Curiosity has provided evidence that liquid water once flowed at the surface of Mars in Gale Crater. The rover also discovered a site dubbed ‘Yellowknife bay,’ which once supported an environment that was habitable for microbial life.

Data from MSL will be used to develop future missions to collect samples of the martian surface in the hopes of identifying signs of past or present life.

NASA Astrobiology Involvement
The Astrobiology Program was involved in all stages of the MSL mission. This included the development of instruments onboard the Curiosity rover, including Sample Analysis at Mars (SAM) and Chemistry & Mineralogy (CheMin).

The Astrobiology Program currently supports researchers involved in Curiosity mission operations and analysis of data from the rover.

The Astrobiologists
NAI Arizona State University Team Co-I Jack Farmer is a member of the CheMin instrument team. Research by Farmer, Co-I Mikhail Zolotov, collaborator Phil Christensen and others into geochemical scenarios accounting for observed Mars mineralogy aids in interpreting data from this and other Mars missions. Research into the stoichiometry of life led by Co-Is Jim Elser and Everett Shock helps to assess the habitability of the environments that MSL explores.

NAI Carnegie Institution of Washington Team Co-I’s Steele and Fogel were part of the Svalbard Mars analog site studies that tested the SAM and CheMin instruments used on MSL.

NAI Massachusetts Institute of Technology Team member John Grotzinger is the Project Scientist for the MSL mission. Roger Summons is a Review Board member for development of the SAM instrument. Grotzinger and Andrew Knoll are both members of the Jet Propulsion Laboratory Advisory Council. Knoll and Summons currently participate in the MSL Biosignature/Carbon Compound Preservation Working group (Summons is Chair). Jen Griffes at Caltech is involved in evaluations of remote sensing data.

NAI Rensselaer Polytechnic Institute Team member Laurie Leshin is a member of the MSLSAM instrument team and lead author of a recent paper in Science on the discovery of significant water in Martian minerals.

NAIVPL at University of Washington Team Members serve in support or Science Team roles for MSL, including Roger Buick, David Des Marais (site selection), and Pan Conrad, who is the deputy PI of the SAM investigation and the leader of SAM operations. Buick and Des Marais both contributed to a publication on the final report of the Mars Biosignatures Working Group on preservation of Martian organic and environmental records. Conrad trained the SAM tactical team, wrote the operations procedures, and became one of the MSL Science Operations Working Group Chairs. 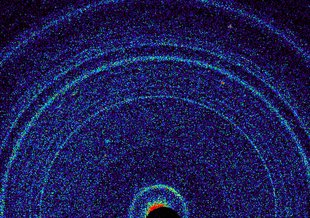 What is the Chemistry and Mineralogy Instrument?January 19, 2023 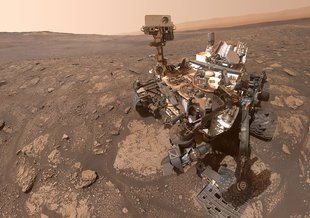 Data from Curiosity Provides Information about Mars' early Climate and the Potential for Prebiotic ChemistryNovember 28, 2022 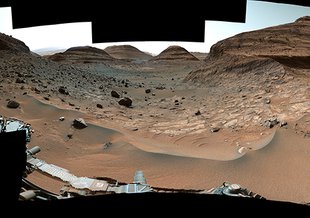 Curiosity drilled into the rock target “Cumberland” during the 279th Martian day, or sol, of the rover’s work on Mars (May 19, 2013) and collected a powdered sample of material from the rock’s interior. Cumberland is a mudstone that once sat on the bottom of a lake in Gale Crater. By studying the sample with its SAM instrument, Curiosity made the first definitive detection of organic molecules on the martian surface. Curiosity found molecules that are not common on Earth, including chlorinated alkanes and chlorobenzene, which was the most abundant molecule detected.

This illustration depicts a lake of water partially filling Mars’ Gale Crater, receiving runoff from snow melting on the crater’s northern rim. Evidence of ancient streams, deltas and lakes that NASA’s Curiosity Mars rover mission has found in the patterns of sedimentary deposits in Gale Crater suggests the crater held a lake such as this more than three billion years ago, filling and drying in multiple cycles over tens of millions of years. Credit: NASA/JPL-Caltech/ESA/DLR/FU Berlin/MSSS

Curiosity detected a ten-fold increase in methane levels local to the Gale Crater site. It was a large increase over previous measurements, but it was also short-lived. The methane signal dropped down to low levels shortly after it appeared. Curiosity used an instrument called the Tunable Laser Spectrometer (TLS), part of the Sample Analysis at Mars (SAM) suite, to detect the methane spikes. 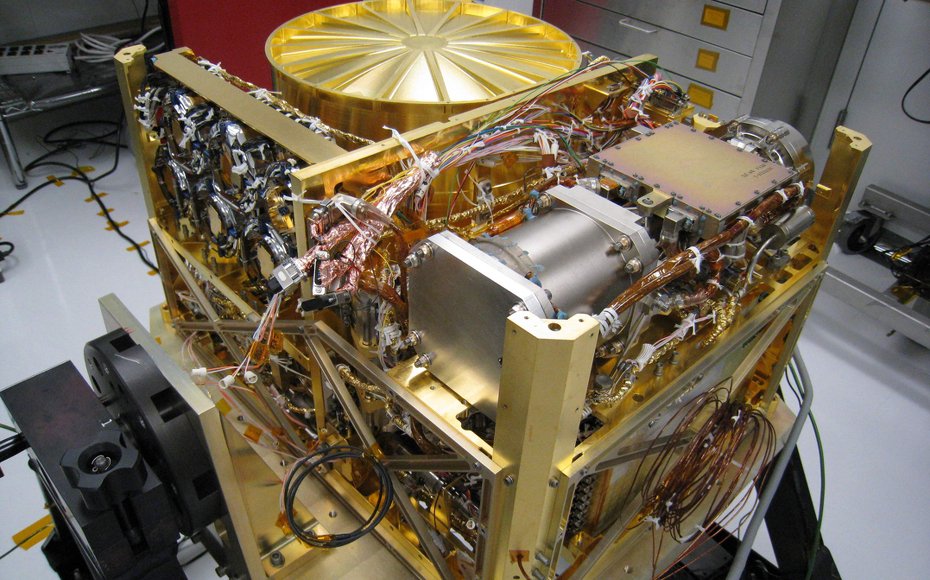 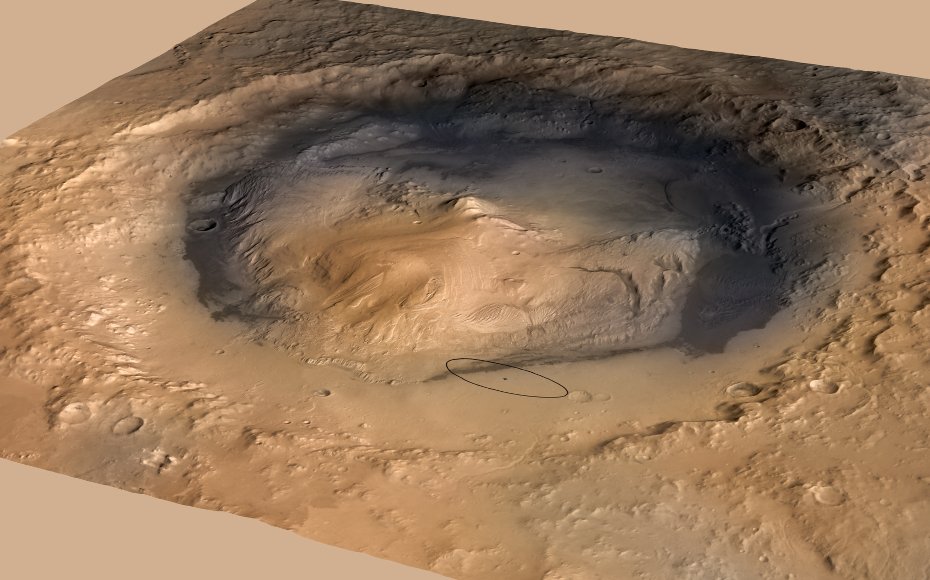 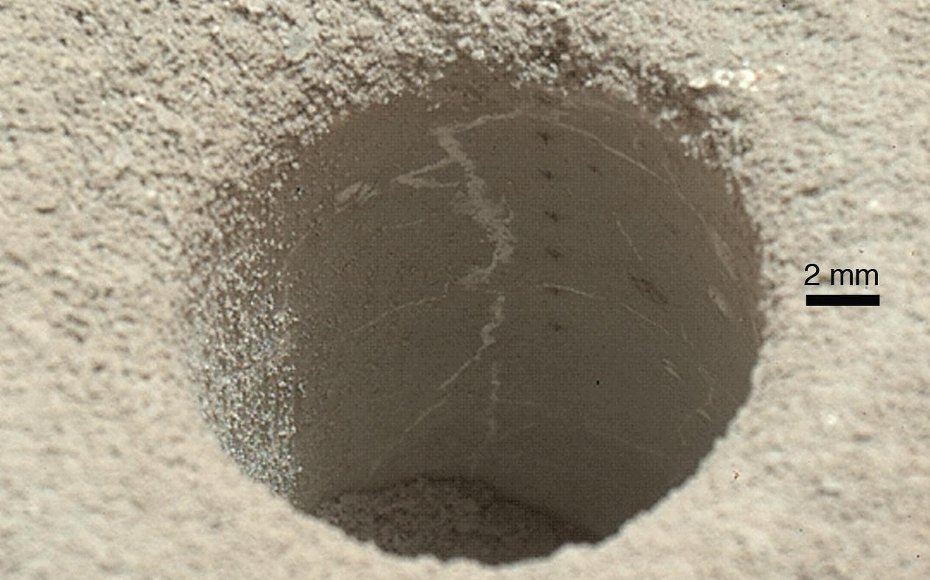 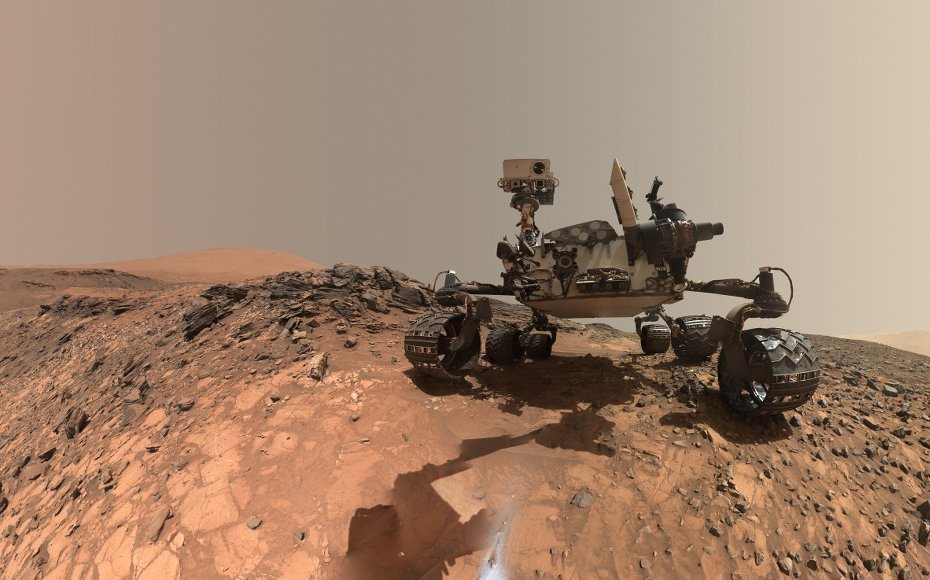 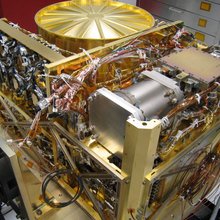 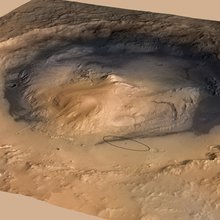 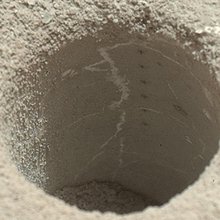 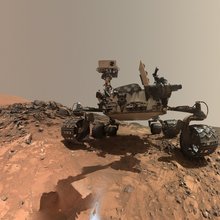 Curiosity’s SAM instrument suite is the most complex analytical chemistry laboratories ever delivered to another planet. One of SAM’s most important astrobiological goals is to search for evidence of ancient habitable environments in Gale crater.

Curiosity’s landing site, Gale Crater, is about the size of Connecticut and Rhode Island combined.