About Image
This illustration shows NASA’s Dragonfly rotorcraft-lander approaching a site on Saturn’s exotic moon, Titan. Taking advantage of Titan’s dense atmosphere and low gravity, Dragonfly will explore dozens of locations across the icy world, sampling and measuring the compositions of Titan's organic surface materials to characterize the habitability of Titan’s environment and investigate the progression of prebiotic chemistry.NASA/JHU-APL
Artist illustration of Dragonfly on the surface of Titan.Johns Hopkins APL
Dec. 27, 2020
Feature Story

When the Huygens probe descended from the Cassini spacecraft in 2005 and gave humans a close-up of Titan’s dense atmosphere, scientists began dreaming of a future mission that would further explore Saturn’s largest moon. Thus, the seeds of the Dragonfly mission were sown. This groundbreaking mission may provide clues to Titan’s habitability, as well as to the chemical processes that lay the groundwork for the emergence of life.

The Dragonfly mission is scheduled to last at least 32 months and may be extended if the vehicle and instruments on board remain functional. In order to perform its scientific tasks, Dragonfly will travel around the moon using an “8-bladed rotorcraft,” or a drone. Exploring Titan via drone presents many unique challenges. Because Titan’s atmosphere is so dense (1.5 times denser than Earth’s), it may actually be easier for a drone to take flight on the moon. However, because of Titan’s distance from Earth, communication takes too long for NASA scientists to relay real-time commands to the vehicle. Thus, Dragonfly needs to operate autonomously, which includes checking for favorable weather conditions before lifting off. 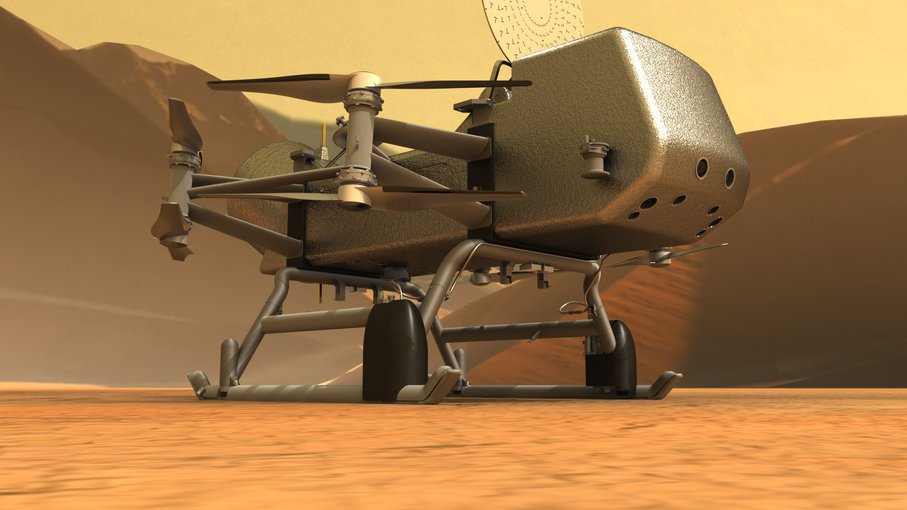 Artist illustration of Dragonfly on the surface of Titan.Image credit: Johns Hopkins APL.

Designed for Titan’s dense atmosphere and surface conditions, Dragonfly will contain a number of instruments to measure chemical, meteorological, and geological processes: a mass spectrometer for molecular identification, a neutron and gamma-ray spectrometer for surface analysis, a seismometer to measure tectonic movement, flight sensors and radars, and a number of cameras. Dragonfly will collect and test surface material onboard and can return to spots where sample analysis proves tantalizing or inconclusive.

Dr. Rosaly Lopes, a Senior Research Scientist at NASA’s Jet Propulsion Laboratory currently studying geological data from the Cassini mission, said that when the idea of flying a drone on Titan was first proposed, the concept “had not been proven anywhere yet.” NASA’s Ingenuity helicopter is scheduled to explore Mars in spring 2021 as part of the Mars 2020 mission and will represent the first powered flight on another world, if successful. Dragonfly could be the second.

Titan is the Solar System’s second largest moon and is bigger than the planet Mercury. At roughly 886 million miles away, it’s about ten times farther away from the Sun than Earth is. One year on Titan is equivalent to about 29 Earth years. Temperatures can plunge to nearly -300° Fahrenheit on the surface. Those characteristics might make Titan seem like a strange place to seek clues about the emergence of life, but according to Dr. Elizabeth Turtle, Principal Investigator of the Dragonfly Mission, Titan has chemical similarities to early Earth.

“There’s organic material, water at impact craters, cryo-volcanoes, and sunlight as the energy driving the whole thing,” says Turtle. “All the ingredients for life as we know it exist and interact on the surface.” 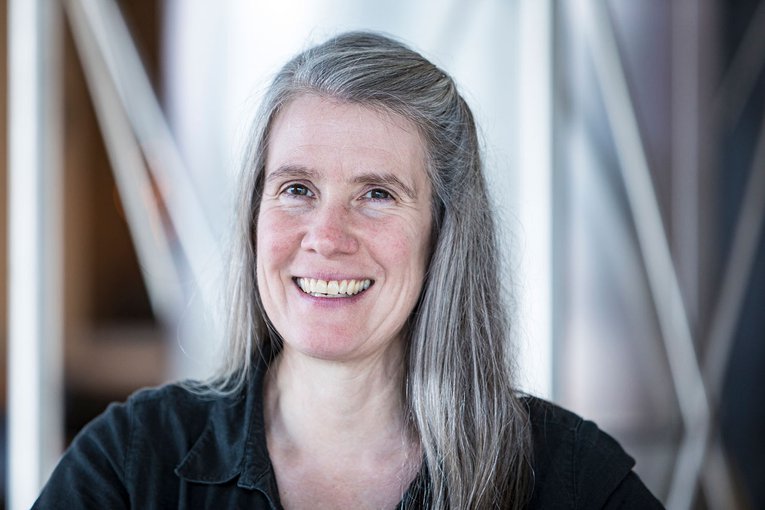 Titan is the only celestial body apart from Earth that is known to support bodies of liquid like rivers and lakes. However, unlike on the Earth, these features on Titan are comprised of hydrocarbons, such as liquid methane and ethane. Dragonfly will provide data to assess precipitation cycles, moisture evaporation, and cloud formation on the moon.

Understanding the relationship between the moon’s atmosphere and its surface will also help geologists, as, according to Lopes, “[Titan] has the major geologic features that Earth does…including dunes, lakes and seas, erosion by rivers, mountains, and volcanoes.”

What Do Scientists Hope to Learn?

The main objective of Dragonfly is to gain a better understanding of Titan’s chemical progression. Early Earth had a chemical environment similar to Titan and, on Earth, “that chemistry became biology,” says Turtle. But Titan’s chemical past is unknown, and it’s unclear whether it has followed, is following, or will follow a path similar to Earth’s; scientists only know that similar ingredients existed.

“We want to understand those early chemical steps and how far the chemistry has progressed on Titan,” Turtle says.

Much of that chemistry occurs in its atmosphere, which is 95% nitrogen (N2) and 5% methane (CH4). The methane molecules split as they are accelerated by Saturn’s magnetism and the Sun’s ultraviolet light, allowing hydrogen to escape and other molecules to recombine into hydrocarbons. Given the current amount of methane in Titan’s atmosphere, Turtle estimates that “the lifetime of that methane is on the order of 10 million years,” which means Dragonfly will search for information about the methane’s origin and Titan’s atmospheric longevity. Scientists aren’t quite sure how Titan’s atmosphere gets resupplied with methane—it could be stored in reservoirs in the moon’s crust, result from cryo-volcanic eruptions, or emerge from underwater sulfuric vents. Dragonfly may have the opportunity to witness this process firsthand.

The Dragonfly mission will return a plethora of data concerning Titan, data that will shape the scientific path of many early career astrobiologists in the years to come. Dr. Natalie Grefenstette, a postdoctoral fellow at the Santa Fe Institute who holds a PhD in prebiotic chemistry, says the scientific community is “excited to see what the environment [on Titan] is naturally producing.”

The mission’s focus on the moon’s chemistry will provide insights about whether Titan could support life now or in the past. Instead of restricting Dragonfly’s analysis of samples to the molecules scientists have identified as fundamental to terrestrial life, Grefenstette hopes the mission will uncover unexpected “evidence of proto-life or life-like systems.” Such discoveries could aid astrobiologists’ understanding of how lifeforms function on other worlds and whether the particular expression of life on Earth is unique.

Dragonfly was selected as part of the agency’s New Frontiers program, which includes the New Horizons mission to Pluto and the Kuiper Belt, Juno to Jupiter, and OSIRIS-REx to the asteroid Bennu.