About Image
NASA's Spectro-Photometer for the History of the Universe, Epoch of Reionization and Ices Explorer (SPHEREx) mission is targeted to launch in 2023. SPHEREx will help astronomers understand both how our universe evolved and how common are the ingredients for life in our galaxy’s planetary systems.Caltech
SPHEREx observes the 3D distribution of galaxies and will help astronomers understand how the Universe began.Caltech 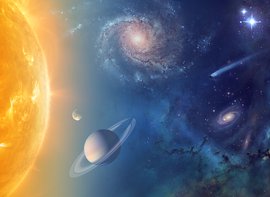 Spectro-Photometer for the History of the Universe, Epoch of Reionization and Ices Explorer

Mission Overview
The Spectro-Photometer for the History of the Universe, Epoch of Reionization and Ices Explorer (SPHEREx) mission is planned to last two years and is targeted for launch in 2024. The mission will survey the sky in optical and near-infrared light which, though not visible to the human eye, serves as a powerful tool for answering cosmic questions. Astronomers will use the mission to gather data on more than 300 million galaxies, as well as more than 100 million stars in our own Milky Way.

Relevance to Astrobiology
SPHEREx will help scientists determine how our universe evolved. For astrobiologists, the mission data will be used to better understand whether or not the ingredients for life are common in the planetary system of the Milky Way.

SPHEREx will survey the entire sky using technologies adapted from Earth satellites and Mars spacecraft. The mission will create a map of the entire sky in 96 different color bands, far exceeding the color resolution of previous all-sky maps. It also will identify targets for more detailed study by future missions, such as NASA’s James Webb Space Telescope and Wide Field Infrared Survey Telescope.

The mission’s principal investigator is James Bock of the California Institute of Technology (Caltech) in Pasadena, California. Caltech will work with NASA’s Jet Propulsion Laboratory (JPL) to develop the mission payload. JPL will also manage the mission. Ball Aerospace in Broomfield, Colorado, will provide the SPHEREx spacecraft and mission integration. The Korea Astronomy & Space Science Institute in Daejeon, Republic of Korea, will contribute test equipment and science analysis.

NASA Astrobiology Involvement
A number of astrobiologists studying the potential habitability of extrasolar planets will benefit from the data returned by SPHEREx. This data will also be used to narrow down targets for further study by future telescopes like the James Webb Space Telescope (JWST) and Wide Field Infrared Survey Telescope (WFIRST). 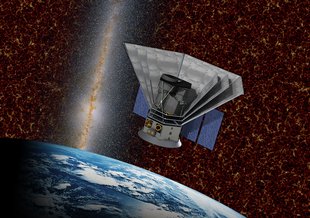 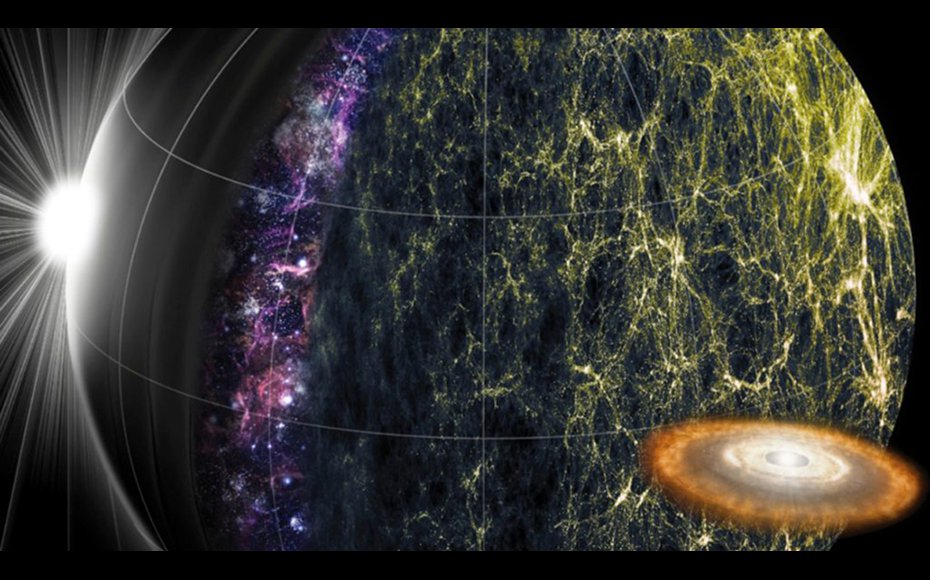 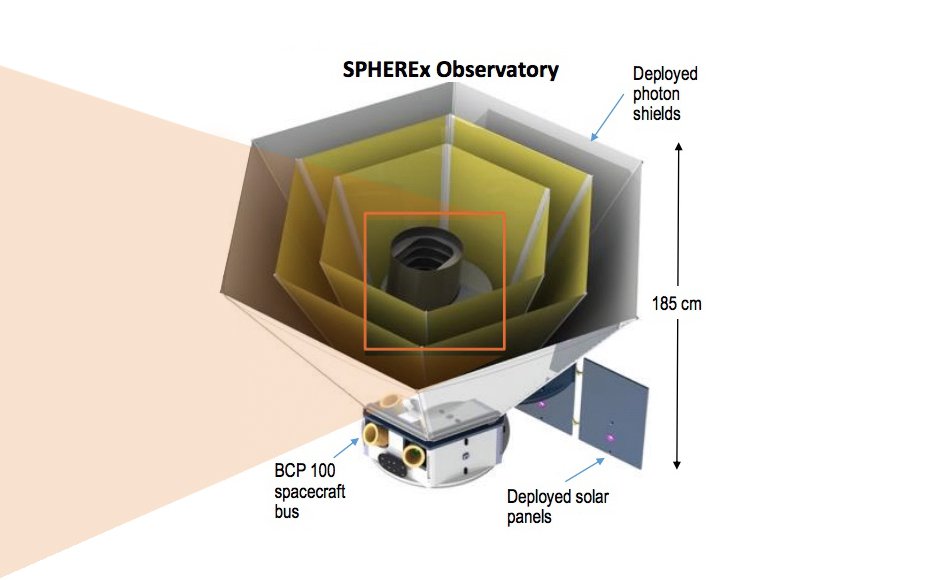 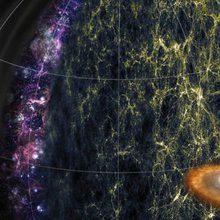 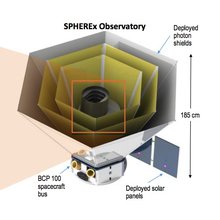 Toward the FutureSPHEREx Data to Guide Future Missions

SPHEREx will will identify targets for study by future missions, such as NASA’s James Webb Space Telescope and Wide Field Infrared Survey Telescope.

SPHEREx has will have a 20 cm telescope effective diameter and a field of view of 3.5° x 7°. The telescope will cary a Wide-Field Linear Variable Filter Spectroscopy (LVF) Spectrometer.