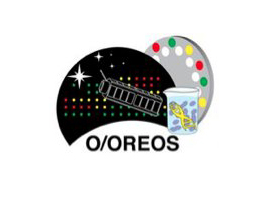 O/OREOS studies how living organisms are affected by the space environment.

Mission Overview
O/OREOS is a small satellite that weighs approximately 12 pounds and carried two astrobiology experiments into orbit at around 400 miles above the Earth’s surface. It was the first nanosatellite to conduct autonomous biological and chemical measurements in the exosphere.

Relevance to Astrobiology
O/OREOS carried two distinct astrobiology science experiments, all onboard a satellite that is roughly the size of a loaf of bread.

The Space Environment Survivability of Live Organisms (SESLO) experiment carried two populations of the microbe Bacillus subtilis into orbit and monitored how the space environment affected their survival. One set was a naturally occurring strain of B. subtilis, and the second was a radiation-resistant mutant strain.

The Space Environment Viability of Organics (SEVO) experiment monitored the stability and changes in four classes of organic molecules during spaceflight.

Without returning samples to Earth, O/OREOS traveled around our planet just above the thermosphere and conducted autonomous biological and chemical measurements for 6 months.

The Astrobiologists
O/OREOS was a demonstration flight of the ‘small payload initiative’ for the former Astrobiology Science and Technology Instrument Development (ASTID) element of NASA’s Astrobiology Program. 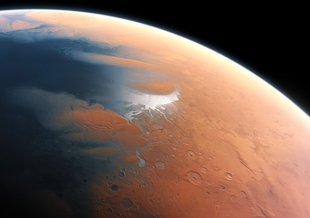 Microbes Could Survive Thin Air of MarsJanuary 18, 2017
All News
Explore other missions