About Image
Artist’s concept illustrating a catastrophic collision between two rocky exoplanets in the planetary system BD +20 307, turning both into dusty debris. Ten years ago, scientists speculated that the warm dust in this system was a result of a planet-to-planet collision. Now, SOFIA found even more warm dust, further supporting that two rocky exoplanets collided. This helps build a more complete picture of our own solar system’s history. Such a collision could be similar to the type of catastrophic event that ultimately created our Moon.NASA/SOFIA/Lynette Cook
May 18, 2020
Feature Story

Ten years ago, NASA’s telescope on an airplane, the Stratospheric Observatory for Infrared Astronomy, or SOFIA, first peered into the cosmos. Since the night of May 26, 2010, SOFIA’s observations of infrared light, invisible to the human eye, have made many scientific discoveries about the hidden universe.

SOFIA’s maiden flight, known as “first light,” observed heat pouring out of Jupiter’s interior through holes in the clouds and peered through the dense dust clouds of the Messier 82 galaxy to catch a glimpse of tens of thousands of stars forming. The observatory was declared fully operational in 2014 — the equivalent to the launch of a space telescope — but it began making discoveries even while completing the testing of its instruments and telescope.

The modified Boeing 747SP flies a nearly 9-foot diameter telescope up to 45,000 feet in altitude, above 99% of the Earth’s water vapor to get a clear view of the infrared universe not observable by ground-based telescopes. Its mobility also allows it to capture transitory events in astronomy over remote locations like the open ocean. Because SOFIA&nbsplands after each flight, it can be upgraded with the latest technology to respond to some of most pressing questions in science.

Using SOFIA, scientists detected the Universe’s first type of molecule in space, unveiled new details about the birth and death of stars and planets, and explained what’s powering supermassive black holes, and how galaxies evolve and take shape, among other discoveries. Here are some of SOFIA’s top discoveries of the last decade:

The Universe’s First Type of Molecule Found at Last

SOFIA&nbspfound the first type of molecule to form in the Universe, called helium hydride. It was first formed only 100,000 years after the Big Bang as the first step in cosmic evolution that eventually led to the complex universe we know today. The same kind of molecule should be present in parts of the modern Universe, but it had never been detected outside of a laboratory until SOFIA&nbspfound it in a planetary nebula called NGC 7027. Finding it in the modern Universe confirms a key part of our basic understanding of the early Universe.​ 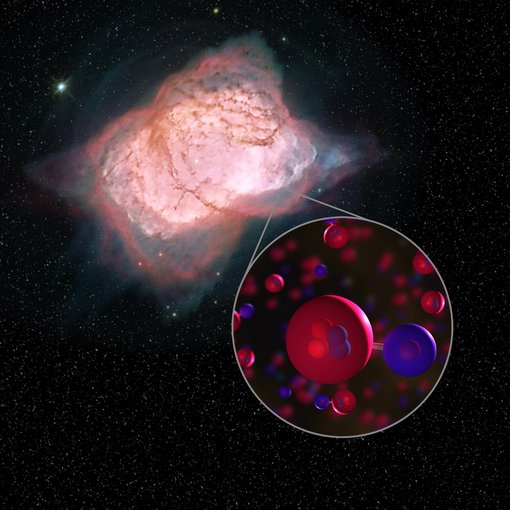 The stellar wind from a newborn star in the Orion Nebula is preventing more new stars from forming nearby as it clears a bubble around it. Astronomers call these effects “feedback,” and they are key to understanding the stars we see today and those that may form in the future. Until this discovery, scientists thought that other processes, such as exploding stars called supernovas, were largely responsible for regulating the formation of stars. ​ 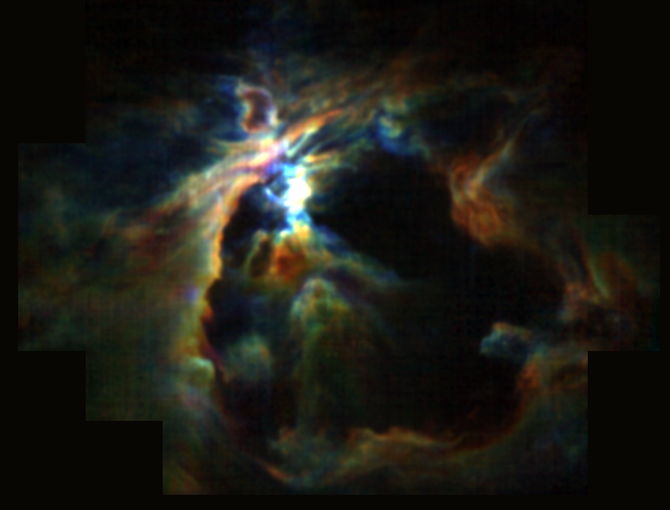 The powerful wind from the newly formed star at the heart of the Orion Nebula is creating the bubble (black) and preventing new stars from forming in its neighborhood. At the same time, the wind is pushing molecular gas (color) to the edges, creating a dense shell around the bubble where future generations of stars can form.Image credit: NASA/SOFIA/Pabst et. al.

Weighing a Galactic Wind Provides Clues to the Evolution of Galaxies

SOFIA&nbspfound that the wind flowing from the center of the Cigar Galaxy (M82) is aligned along a magnetic field and transports a huge amount of material. Magnetic fields are usually parallel to the plane of the galaxy, but the wind is dragging it so it’s perpendicular. The powerful wind, driven by the galaxy’s high rate of star birth, could be one of the mechanisms for material to escape the galaxy. Similar processes in the early Universe would have affected the fundamental evolution of the first galaxies. 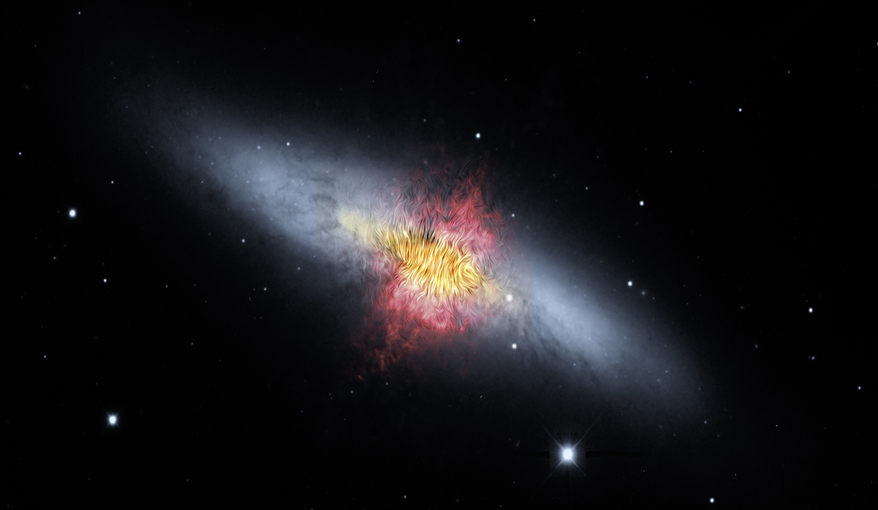 Composite image of the Cigar Galaxy (also called M82), a starburst galaxy about 12 million light-years away in the constellation Ursa Major. The magnetic field detected by SOFIA, shown as streamlines, appears to follow the bipolar outflows (red) generated by the intense nuclear starburst. The image combines visible starlight (gray) and a tracing of hydrogen gas (red) from the Kitt Peak Observatory, with near-infrared and mid-infrared starlight and dust (yellow) from SOFIA&nbspand the Spitzer Space Telescope.Image credit: NASA/SOFIA; NASA/JPL-Caltech.

Nearby Planetary System Similar to Our Own

The planetary system around the star Epsilon Eridani, or eps Eri for short, is the closest planetary system around a star similar to the early Sun. SOFIA&nbspstudied the infrared glow from the warm dust, confirming that the system has an architecture remarkably similar to our solar system. Its material is arranged in at least one narrow belt near a Jupiter-sized planet.​ 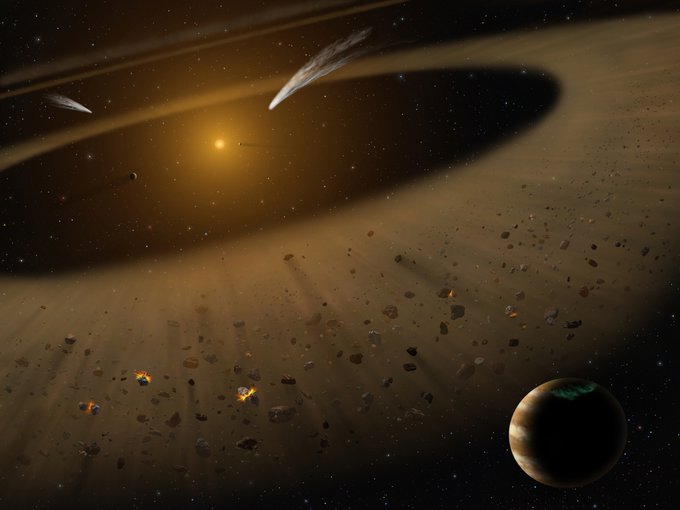 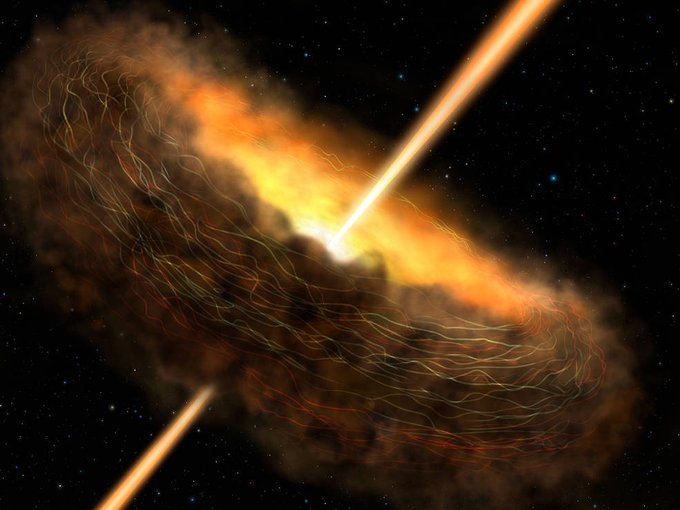 Artist’s conception of the core of Cygnus A, including the dusty donut-shaped surroundings, called a torus, and jets launching from its center. Magnetic fields are illustrated trapping the dust in the torus. These magnetic fields could be helping power the black hole hidden in the galaxy’s core by confining the dust in the torus and keeping it close enough to be gobbled up by the hungry black hole.Image credit: NASA/SOFIA/Lynette Cook.

This image shows the ring of material around the black hole at the center of our Milky Way galaxy. SOFIA detected magnetic fields, shown as streamlines, that may be channeling the gas into an orbit around the black hole, rather than directly into it. This may explain why our galaxy’s black hole is relatively quiet, while those in other galaxies are actively consuming material. 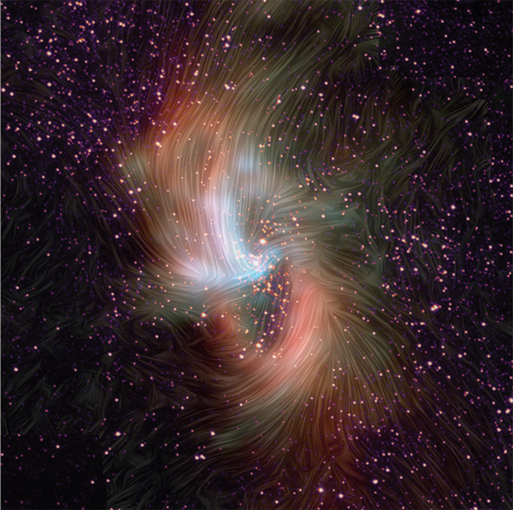 Streamlines showing magnetic fields layered over a color image of the dusty ring around the Milky Way’s massive black hole. The Y-shaped structure is warm material falling toward the black hole, which is located near where the two arms of the Y-shape intersect. The streamlines reveal that the magnetic field closely follows the shape of the dusty structure. Each of the blue arms has its own field that is totally distinct from the rest of the ring, shown in pink.Image credit: Dust and magnetic fields: NASA/SOFIA; Star field image: NASA/Hubble Space Telescope. 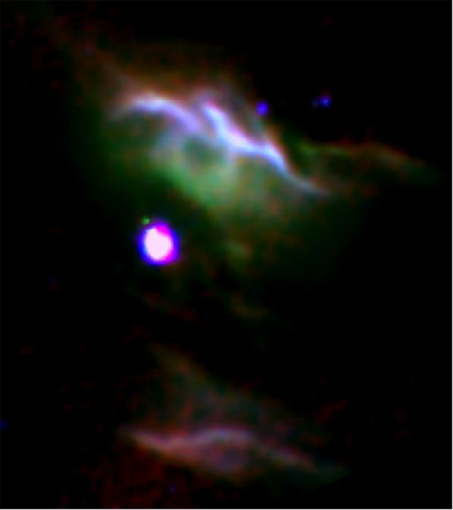 SOFIA&nbspdiscovered that a supernova explosion can produce a substantial amount of the material from which planets like Earth can form. Infrared observations of a cloud produced by a supernova 10,000 years ago contains enough dust to make 7,000 Earths. Scientists now know that material created by the first outward shock wave can survive the subsequent inward “rebound” wave generated when the first collides with surrounding interstellar gas and dust. 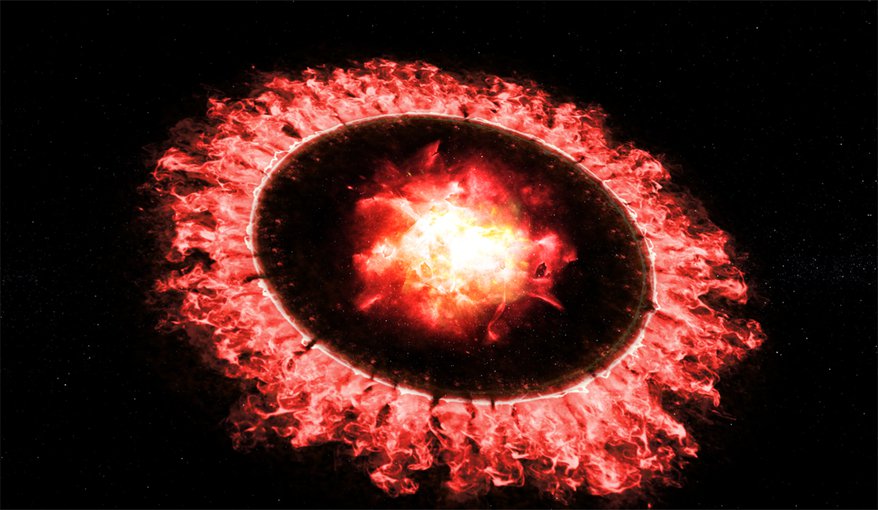 Illustration of a supernova as the powerful blast wave passes through its outer ring before a subsequent inward shock rebounds. SOFIA found the material produced from first outward wave can survive the second inward wave and can become seed material for nImage credit: NASA/SOFIA/Symbolic Pictures/The Casadonte Group.

SOFIA&nbspcaptured an extremely crisp infrared image of the center of our Milky Way galaxy. Spanning a distance of more than 600 light-years, this panorama reveals details within the dense swirls of gas and dust in high resolution, opening the door to future research into how massive stars are forming and what’s feeding the supermassive black hole at our galaxy’s core.

Composite infrared image of the center of our Milky way Galaxy. It spans 600+ lightyears across and is helping scientists learn how many massive stars are forming in our galaxy’s center. New data from SOFIA&nbsptaken at 25 and 37 microns, shown in blue and green, is combined with data from the Herschel Space Observatory, shown in red (70 microns), and the Spitzer Space Telescope, shown in white (8 microns). SOFIA’s view reveals features that have never been seen before.Image credit: NASA/SOFIA/JPL-Caltech/ESA/Herschel.

What Happens When Exoplanets Collide

Known as BD +20 307, this double-star system is more than 300 light years from Earth likely had an extreme collision between rocky exoplanets. A decade ago, observations of this system gave the first hints of a collision when they found debris that was warmer than expected to be around mature stars that are at least one billion years old. SOFIA’s observations discovered the infrared brightness from the debris has increased by more than 10%, a sign that there is now even more warm dust and that a collision occurred relatively recently. A similar event in our own solar system may have formed our Moon. 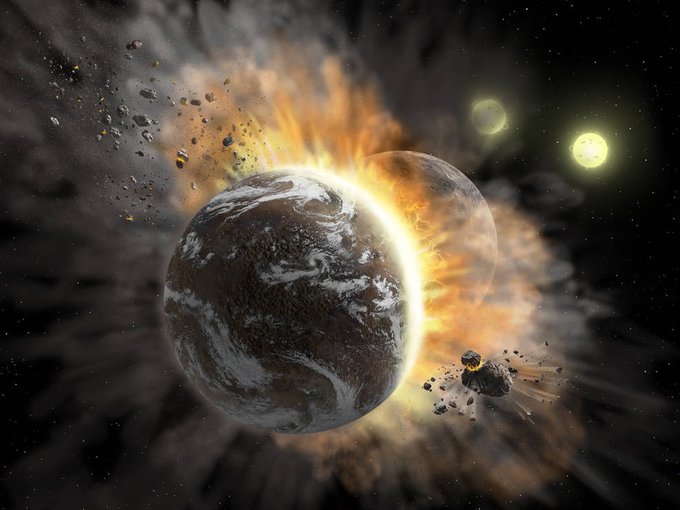 Artist’s concept illustrating a catastrophic collision between two rocky exoplanets in the planetary system BD +20 307, turning both into dusty debris. Ten years ago, scientists speculated that the warm dust in this system was a result of a planet-to-planet collision. Now, SOFIA&nbspfound even more warm dust, further supporting that two rocky exoplanets collided. This helps build a more complete picture of our own solar system’s history. Such a collision could be similar to the type of catastrophic event that ultimately created our Moon.Image credit: NASA/SOFIA/Lynette Cook.

SOFIA, the Stratospheric Observatory for Infrared Astronomy, is a Boeing 747SP jetliner modified to carry a 106-inch diameter telescope. It is a joint project of NASA and the German Aerospace Center, DLR. NASA’s Ames Research Center in California’s Silicon Valley manages the SOFIA program, science and mission operations in cooperation with the Universities Space Research Association headquartered in Columbia, Maryland, and the German SOFIA Institute (DSI) at the University of Stuttgart. The aircraft is maintained and operated from NASA’s Armstrong Flight Research Center Building 703, in Palmdale, California.

Members of the news media interested in covering this topic should reach out to the NASA Ames newsroom.