TESS: NASA's Next Planet Hunter Takes to the Sky

Following a gravitational assist from the Moon, TESS will settle into a 13.7-day orbit around the Earth. The mission’s orbit is known as P/2, and is a highly elliptical orbit that has never been used before. At its highest (furthest) distance from Earth (apogee), TESS will reach a distance of 373,400 kilometers (km) away from the planet (232,000 miles). At its lowest point (perigee), the spacecraft will be roughly 107,800 (km) away from the planet (67,000 miles). When it approaches the Earth at this distance, which is still further away than satellites in geosynchronous orbit (35,786 km), TESS will transmit data to ground stations on Earth. 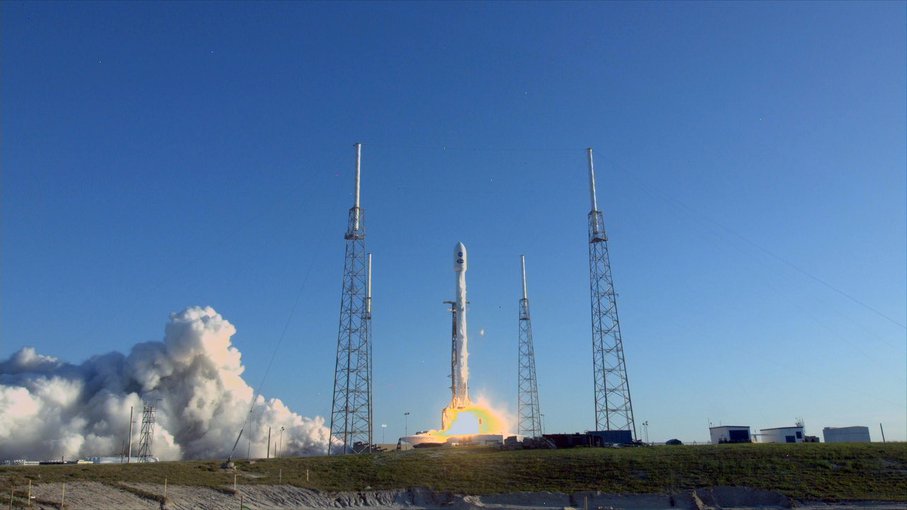 After achieving orbit, the craft will perform sixty days of instrument tests before beginning its two-year primary mission. The P/2 orbit is highly stable and will give TESS a maximized view of both the northern and southern skies, helping scientists search for thousands of exoplanets around nearby dwarf stars. TESS will watch for tiny changes in the brightness of stars in order to identify planetary transits. In doing so, the mission will identify numerous planets with diverse characteristics. The hope for astrobiologists is to find small, rocky worlds that could help us understand habitability in the Universe. With it’s two-year primary mission, TESS will provide a catalog of data that researchers will examine for years to come. The expectation is that telescope could identify more than 50 Earth-sized planets, and up to 500 planets with sizes less than twice that of Earth.

With a survey area some 350 time larger than NASA’s Kepler mission, TESS is also the first space telescope to search nearly the entire sky for exoplanets. In its first year of operation, TESS will focus on the southern sky. The northern sky will then be targeted in year two.

TESS carries four wide-field charged-couple device (CCD) cameras, each of which uses four CCDs. The telescope has two data collection modes. The first is referred to as ‘postage stamp’ images, which capture light from an individual star. The second is full-frame images that cover the entire field of view. During what is called an ‘observation sector,’ TESS will focus on 15,000 stars that have been carefully selected from a list of 200,000 stars. The telescope will record the brightness of these primary targets every two minutes. Full-frame images will be captured every thirty minutes. 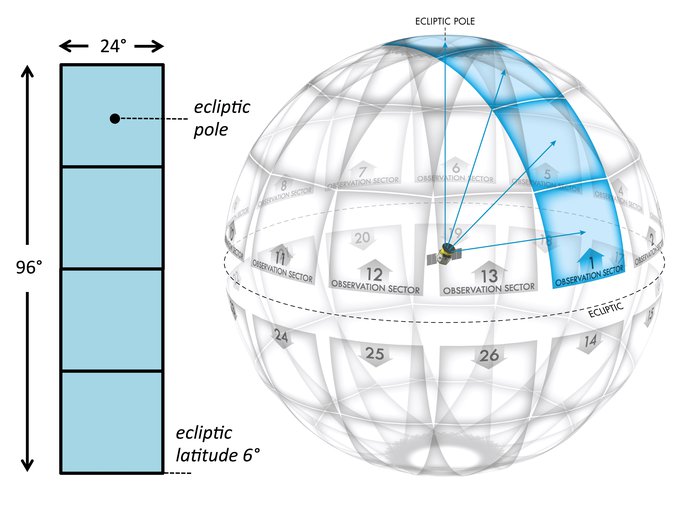 TESS is equipped with four CCD cameras that have adjacent field-of-views to produce a 4 x 1 array, or 'observing sector', yielding a combined field-of-view of 96 x 24 degrees.Image credit: NASA.

TESS is the next mission in a larger strategy for studying planets beyond our solar system. The telescope will provide a large sample of small, rocky exoplanets that can then be observed by other, currently operating instruments, and by future missions like the James Webb Space Telescope (JWST). TESS will be capable of identifying small planets and measuring their sizes, while follow-up observations will provide additional details about planetary characteristics like their mass. The information resulting from the TESS mission and follow-up observations will be the foundation for future missions in the search for potentially habitable planets.

For more information on TESS, visit the Astrobiology Program Mission Pages at: https://astrobiology.nasa.gov/missions/tess/

TESS features in Issue #6 of Astrobiology: The Story of our Search for Life in the Universe. Digital versions of the Astrobiology Graphic History are available at: https://astrobiology.nasa.gov/resources/graphic-histories/ 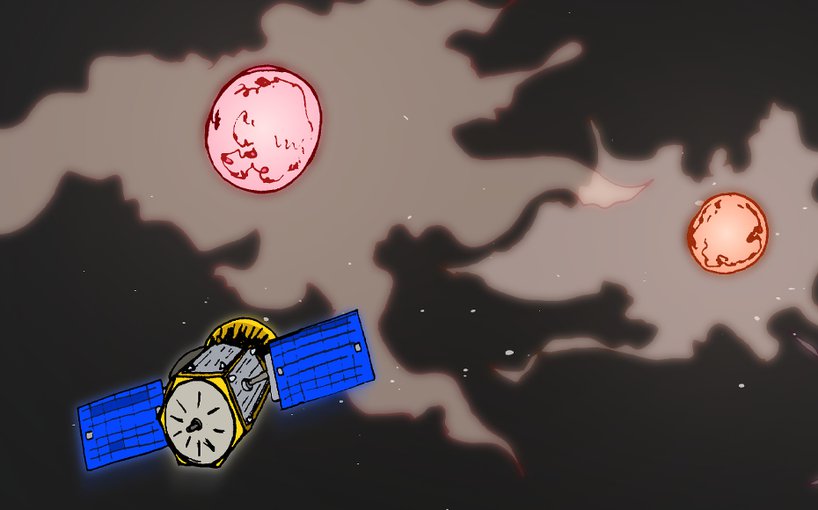 TESS features in Issue #6 of Astrobiology: The Story of Our Search for Life in the Universe. Available at: https://astrobiology.nasa.gov/resources/graphic-histories/Image credit: NASA Astrobiology.