About Image
Scientists from NASA and the Centro de Astrobiología frequently work together on projects. Here, Mary Beth Wilhelm of NASA Ames Research Center, wearing the white suit, tests samples obtained from an excavation pit in Chile’s Atacama Desert. On the right are Miriam Villadangos and Victor Parro of the Centro de Astrobiología. Parro is the lead scientist on SOLID, the Signs Of LIfe Detector, which could one day fly on a mission to Mars.NASA
Aug. 7, 2018
Program News

Spain’s Centro de Astrobiología (Center of Astrobiology, or CAB) is known for its martian weather research, as well as its work studying microbes in extreme environments. These contributions have helped NASA in its mission to better characterize and find conditions for life in the Universe.

The scientists who work at CAB pride themselves on their research, as well as their outreach to the public, such as a recent exhibition about Mars (in partnership with Telefonica Foundation) that attracted 100,000 visitors in four months.

While the country’s economy is healthy today, Spanish scientists say that Spain continued to emphasize astrobiology even during the last recession and subsequent trade deficit.

“Astrobiology plays a relevant role in our national science system, as shown by the rather large funding we get for our activities,” says CAB director Jose Miguel Mas-Hesse. This funding continued even during the economic recession a few years ago, emphasizing the importance that astrobiology has in the Spanish scientific community.

The headquarters of the Centro de Astrobiología in Madrid, Spain.Image credit: CAB.

“We have become a reference center in Solar System exploration and space instrumentation in general – including life detectors – [and we play] a leading role in the development and exploitation of missions for the study of exoplanets,” adds Mas-Hesse. “We have helped Spain’s space industry participate in programs for in-situ planetary exploration.”

CAB has prioritized Mars exploration and “extreme microbes” (microbes that can live in difficult environments) in its recent work, including the following highlights:

CAB plans to leverage its expertise in martian atmospheric studies to further strengthen its research links between the NASA Astrobiology Institute (NAI) and universities in the United States. This could include possible participation in future crewed missions to the red planet.

“We foresee [making a] contribution to future human exploration by providing environmental sensors, life-detection instruments and bio-sensing tools for checking the presence of any extraterrestrial biohazards,” says Mas-Hesse. 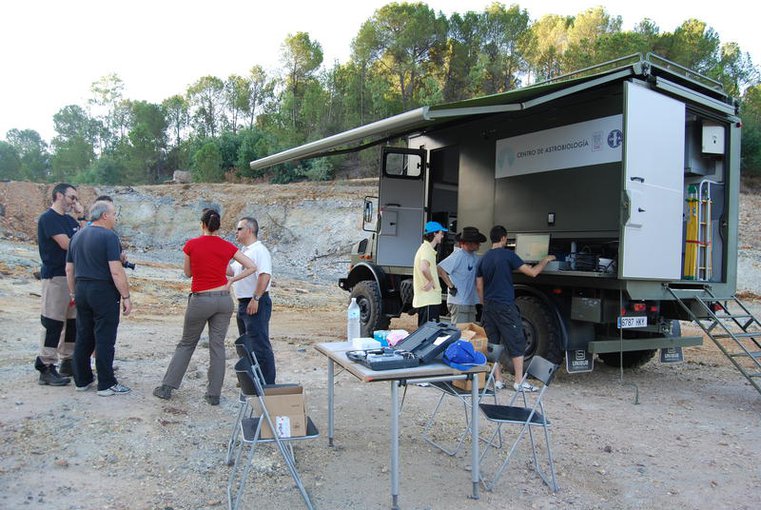 Researchers from the Centro de Astrobiología at the Rio Tinto basin as part of the Iberian Pyritic Belt Sub-surface Life Detection experiment to retrieve microbes from below the surface.Image credit: Creative Commons.

The genesis for an integrated astrobiology institute came in the form of discussions during the summers of 1993 and 1994 between scientists Juan Perez-Mercader, Murray Gell-Mann and Geoffrey West. The researchers were interested in relationships they were seeing in different fields of research, such as galaxies and metabolism. With further work, they hoped to uncover more fundamentals about how life on Earth evolved, in conjunction with the evolution of the Universe itself. This idea for the institute was then made a reality in Spain, thanks to the hard work of Pérez-Mercader.

At the time, there were scattered groups in Spain that were working on various fields related to astrobiology – biology, astronomy, geology – that had no interconnections. In 1995–96, Mercader created an informal trans-disciplinary study group that met regularly at Spain’s Laboratory for Space Astrophysics and Theoretical Physics, near Madrid.

Forming the CAB required international connections, so the center entered discussions to join the newly created NASA Astrobiology Institute (NAI) in 1998. Scott Hubbard, who was the NAI’s founder, says that Spain was a valued early partner while the NAI was being developed.

Hubbard, who is now an adjunct professor at Stanford University, recalls the responsibility he felt after the NASA Administrator at the time, Dan Goldin, appointed him to create the NAI and told him it would have to be a virtual institute to save money on building costs. “Not one dime for bricks and mortar,” Hubbard remembers Goldin telling him. 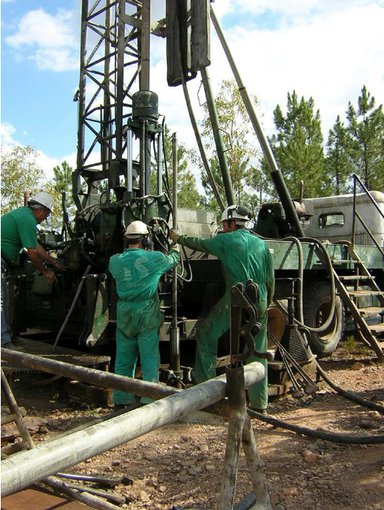 Scientists from NASA’s Ames Research Center and the Centro de Astrobiología drilling a borehole as part of the MARTE project to characterize the sub-surface of the Rio Tinto, which is a Mars analog environment.Image credit: CAB/NASA.

“I had an extraordinary challenge to make this work,” Hubbard says. “It was during 1997–98 that I started to figure out how to put this together. The interdisciplinary research combined with the virtual-institute aspect required that we think very creatively about what we would do and how we would write the first call for proposals.”

Hubbard emphasized bringing in international partners, because practically every NASA mission has a foreign partner or instrument working hand-in-hand with United States researchers. In 1998, he met Juan Perez-Mercader.

“At that time, Juan was, of course, highly respected in the Spanish scientific establishment, and was also connected with the Spanish government,” says Hubbard. “Spain was also working hard to get into the European Union (EU). One of the criteria of being in the EU is, do you have an advanced leading-edge research and development program?”

The conditions were ideal for a partnership – the NAI wanted to bring in more international partners to increase the scope of their astrobiology research, while Spain wanted to establish an astrobiology program to help get into the European Union. Convincing the EU would be easier with NASA support. Twenty years after the Spanish astrobiology group was formed, collaborations continue between Spain and NASA. 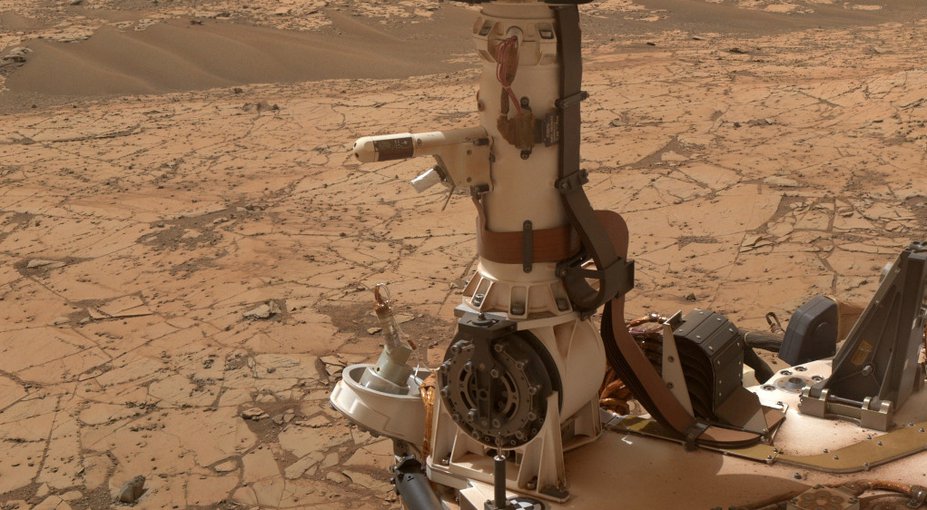 The Rover Environmental Monitoring Station (REMS), mounted on the NASA Curiosity rover’s mast. The REMS instrument was built for the Mars mission by scientists at the Centro de Astrobiología.Image credit: NASA/JPL–Caltech/MSSS.

In a recent Spanish-language interview for a defense publication, Mas-Hesse pointed out that astrobiology itself is much more advanced than when the CAB was established in 1999. Back then, the first planet around a main sequence-star had only been found four years previously, in 1995. Today, thanks in large part to NASA’s Kepler mission, nearly 4,000 exoplanets are known.

Moreover, some of those planets may be habitable. Roughly 100 known exoplanets have conditions similar to ours, which means they orbit in a zone near their parent star where it is possible for liquid water to exist. An example is Proxima Centauri b, a planet near a red dwarf star just four light-years from Earth. Since Spain has been actively studying extreme microbial life, this means – along with telescopic observations – that researchers have a better understanding of where and how life may arise, Mas-Hesse said.

Mas-Hesse believes that the collaboration with NASA has been extremely fruitful, and he looks forward to more work with the agency in the future. “We exploit the synergies in projects by sharing facilities and, for example, field campaigns such as the MARTE project and the present SOLID instrument development activities, with NASA collaborators,” he says.

“For CAB, collaborating with NASA allows us to ‘internationalize’ our research and provides much higher visibility,” he added. “Moreover, thanks to our status within the NAI, it has been much easier to contribute to NASA missions providing instruments… [In turn], NASA has benefited from our expertise to get meteorological data on the surface on Mars, as part of their missions.” 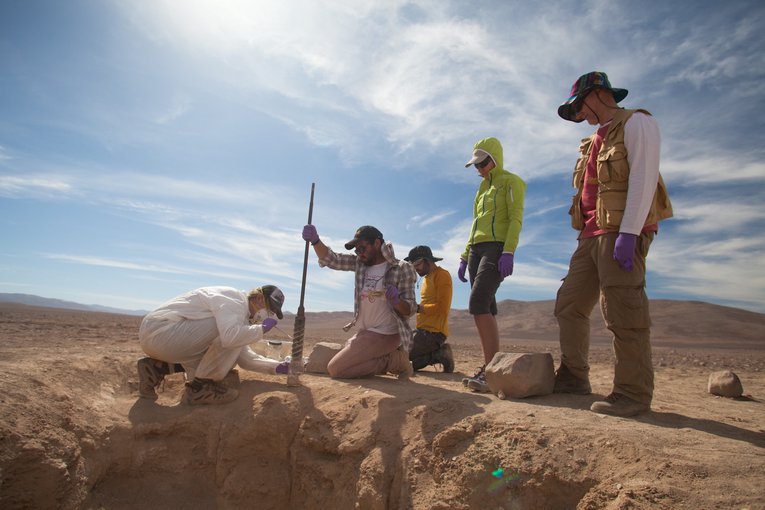