About Image
Combining more than 400 images, NASA's Phoenix Mars Lander views its surroundings in the Red Planet's northernmost region. The full-circle panorama in approximately true color shows the polygonal patterning of ground at the landing area, similar to patterns in permafrost areas on Earth.NASA/JPL-Caltech/University of Arizona/Texas A&M University
This Mars panorama from the Phoenix Lander is a digital combination of over 100 camera pointings and surveys fully 360 degrees around the busy robotic laboratory.Phoenix Mission Team, NASA, JPL-Caltech, U. Arizona
NASA's Phoenix Mars Lander was lowered into a thermal vacuum chamber at Lockheed Martin Space Systems, Denver, in December 2006 in preparation for launch on a mission to Mars.NASA/JPL/UA/Lockheed Martin 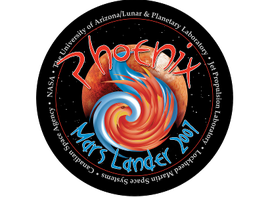 Phoenix was designed to study the history of water and habitability potential in the Martian arctic's ice-rich soil.

Launched on August 4, 2007, the Phoenix Mars Mission was the first mission in NASA’s Scout Program. Phoenix was designed to study the history of water and habitability potential in the martian arctic’s ice-rich soil. Phoenix landed May 25, 2008, farther north than any previous spacecraft to land on the martian surface.

Phoenix provided invaluable data about the northern polar region of Mars. The lander verified the presence of water-ice in the Martian subsurface, and returned more than 25,000 pictures from sweeping vistas to near the atomic level using the first atomic force microscope ever used outside Earth. Phoenix provided data for astrobiologists concerning the history of water on Mars and whether or not the martian arctic could have supported habitable environments in the past. The mission documented mildly alkaline soil unlike any found by earlier Mars missions; found small concentrations of salts that could be nutrients for life. Phoenix also discovered perchlorate salt, which has implications for ice and soil properties; and found calcium carbonate, a marker of effects of liquid water.

Numerous researchers supported by elements of the NASA Astrobiology Program have been involved in analyzing data returned by the Phoenix lander. Mars is a target of high interest for astrobiology, and the primary goals of astrobiology at NASA were key to Phoenix’s mission design and implementation.

Researchers supported by the Exobiology and Evolutionary Biology program, including Nilton Renno of the University of Michigan at Ann Arbor, served as co-investigators on the Phoenix mission’s science team. 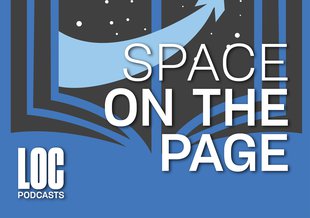 The Library of Congress presents Space on the Page!March 16, 2022 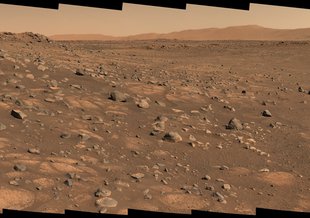 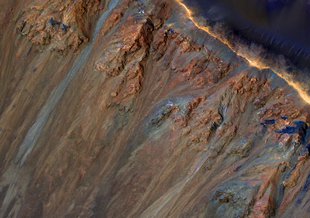 Phoenix findings support the goal of learning the history of water on Mars. These findings include excavating soil above the ice table, revealing at least two distinct types of ice deposits; observing snow descending from clouds; providing a mission-long weather record, with data on temperature, pressure, humidity and wind; observations of haze, clouds, frost and whirlwinds; and coordinating with NASA’s Mars Reconnaissance Orbiter to perform simultaneous ground and orbital observations of Martian weather.

Color images were acquired by NASA’s Phoenix Mars Lander’s Surface Stereo Imager on the 21st and 25th days of the mission, or Sols 20 and 24 (June 15 and 19, 2008). The images showed sublimation of ice in the trench informally called “Dodo-Goldilocks” over the course of four days.

March 17, 2009Droplets of liquid were observed on the lander struts of Phoenix.

When Phoenix photographed its landing struts, droplets of liquid were seen to coalesce. Some scientists believe these may be droplets of saline water. A study supported by the Exobiology program indicate that they may be drops of brine that splashed up during landing and remained in liquid form. 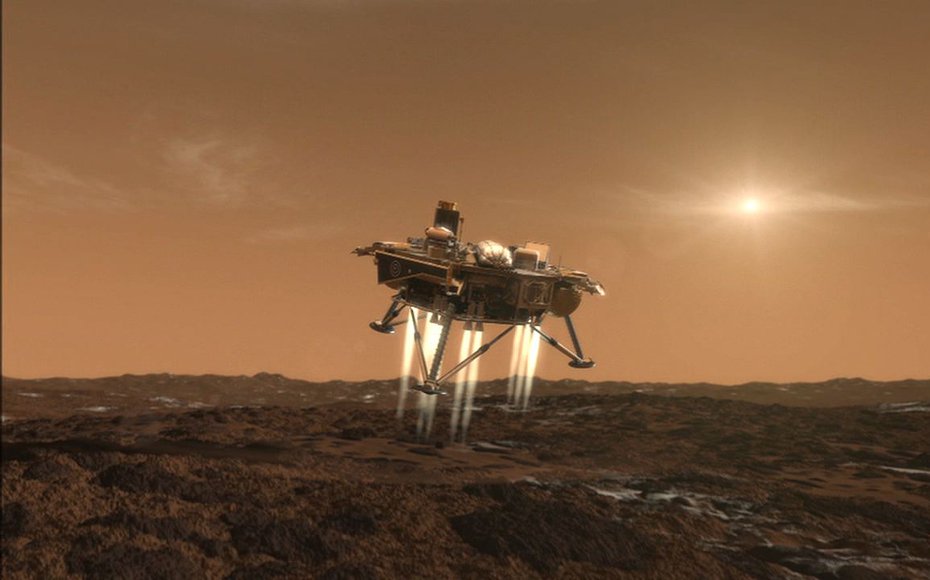 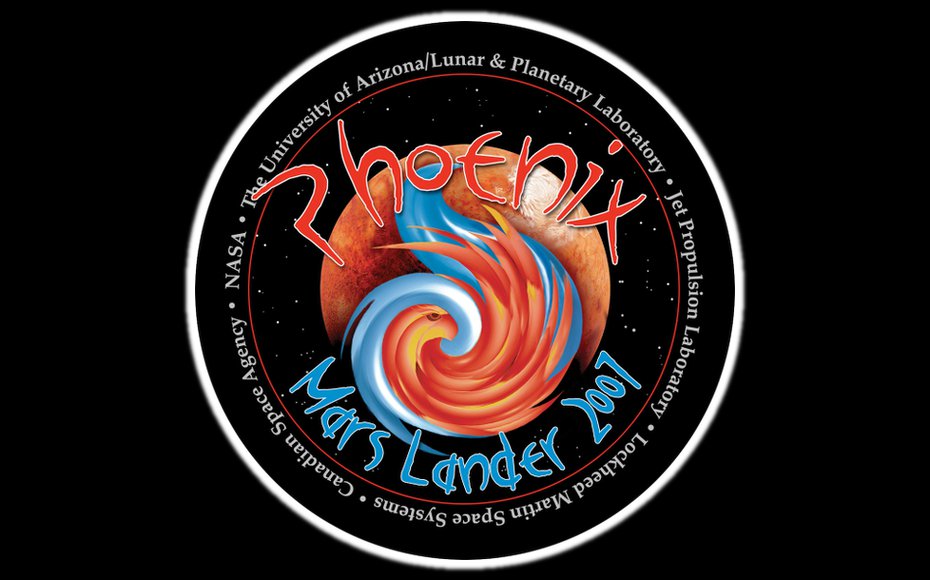 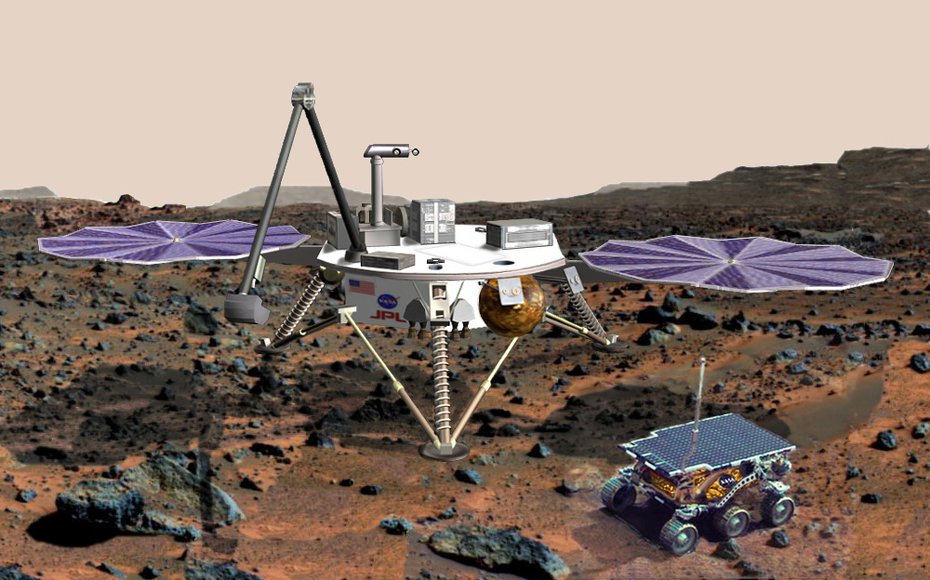 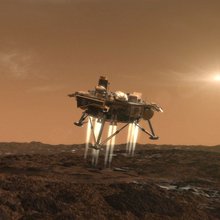 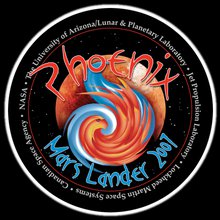 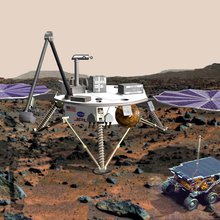 International CooperationMany Partners were involved in the Phoenix Mission

International contributors included the Canadian Space Agency; the University of Neuchatel, Switzerland; the universities of Copenhagen and Aarhus Denmark; the Max Planck Institute, Germany; and the Finnish Meteorological Institute.

Rising from the AshesPhoenix built on previous missions

Phoenix “raised from the ashes” the spacecraft and instruments from two previous unsuccessful mission: the Mars Polar Lander and the Mars Surveyor 2001 Lander.

The ’01 lander underwent improvements to robustness and safety during entry, descent, and landing. Phoenix used two instruments (MARDI and MECA) for the ’01 lander that had been in protected storage.