About Image
Artist impression of the Deep Impact Spacecraft being utilized on the EPOXI mission.NASA/JPL-Caltech
This close-up view of comet Hartley 2 was taken by NASA's EPOXI mission during its flyby of the comet on Nov. 4, 2010. It was captured by the spacecraft's Medium-Resolution Instrument.NASA/JPL-Caltech/UMD 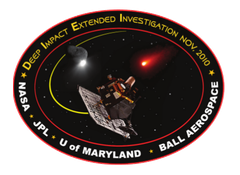 Mission Overview
The EPOXI mission recycled the Deep Impact spacecraft, which had formerly visited comet Tempel 1, to visit a second comet, Hartley 2. The Nov. 4, 2010, flyby marked only the fifth time a comet had been visited by a spacecraft.

Relevance to Astrobiology
Comets are ancient bodies of frozen ice and dust that formed beyond the orbit of the most distant planet. Studying comets can help astrobiologists understand the processes behind planet formation in our solar system, conditions that led to habitability on Earth, and the potential role of comets in delivering key ingredients for the origins of life.

Observations of extrasolar planets are essential in determining the potential habitability of worlds beyond our solar system. Data from EPOXI adds to a large and growing body of knowledge concerning the diversity of planets in the Universe and the conditions in which they form and evolve.

NASA Astrobiology Involvement
Numerous researchers supported by the NASA Astrobiology Program were involved in the analysis of data from EPOXI. This includes scientific teams studying comets as well as those focused on extrasolar planet research. 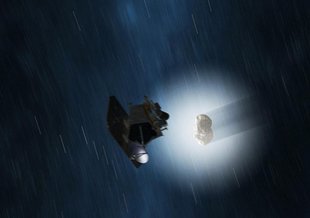 The Hyperactivity and Dust Composition of the Comet Hartley 2August 13, 2018
All News
Major mission findings

The Deep Impact spacecraft flew by Earth for its fifth time on Sunday, June 27, 2010, on the EPOXI mission. When EPOXI flew by comet Hartley 2 on Nov. 4, 2010, it was the fifth time humans saw a comet close-up.

EPOXI revealed that comet Hartley 2’s rocky ends spew out tons of golf-ball to basketball-size fluffy ice particles, while the smooth middle area is more like what was observed on comet Tempel 1 with water evaporating below the surface and percolating out through the dust.

EPOXI finds that strong activity in water release and carbon dioxide-powered jets does not occur equally in the different regions of Hartley 2.

Hartley 2 has an ‘excited state of rotation’ because it spins around one axis, but also tumbles around a different axis. On its larger, rougher ends, the comet’s surface is dotted with glittering blocks that can reach approximately 165 feet (50 meters) high and 260 feet (80 meters) wide. The block-like, shiny objects, some as big as one block long and 16 stories tall, appear to be two to three times more reflective than the surface average. 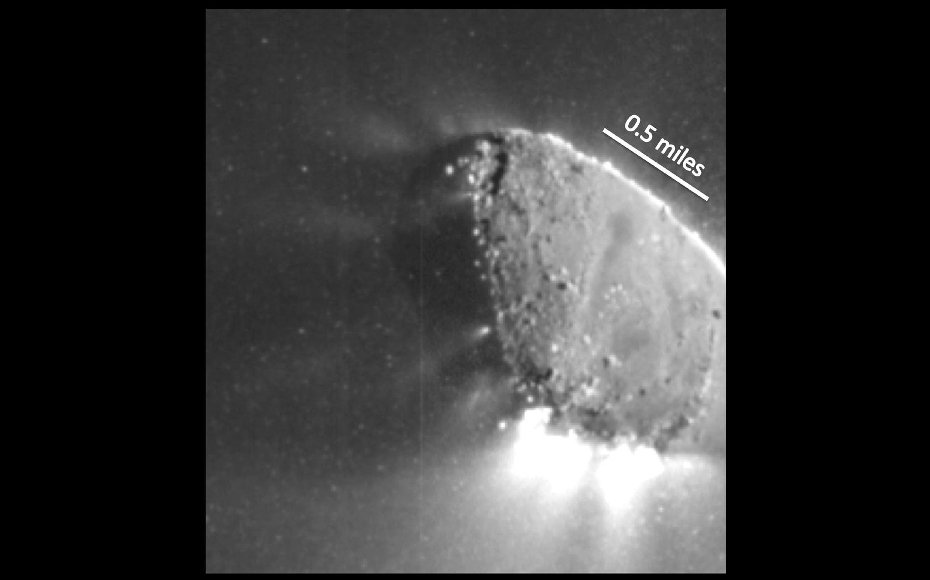 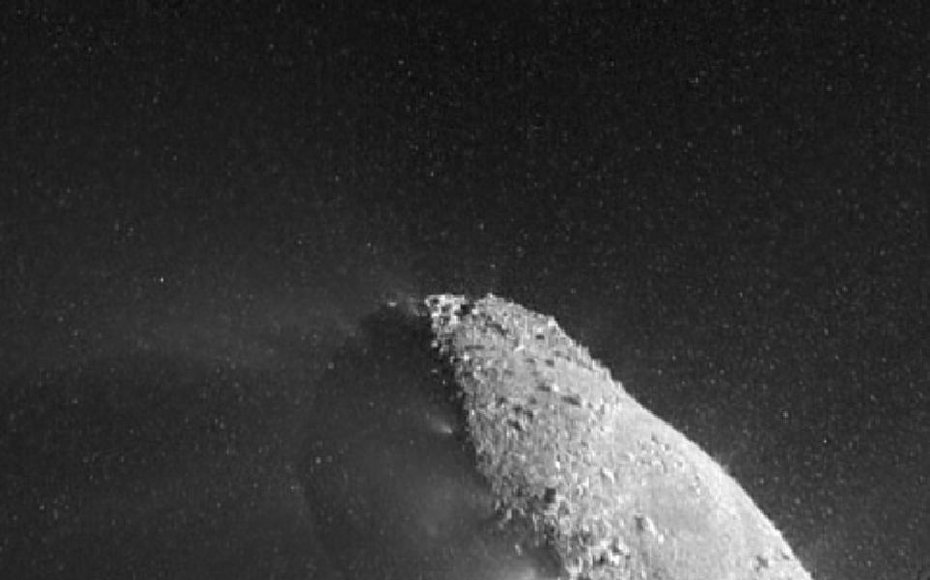 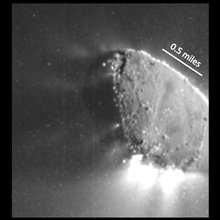 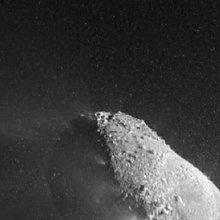 EPOXI is a hybrid acronym of two science investigations: the Extrasolar Planet Observation and Characterization (EPOCh) and Deep Impact eXtended Investigation (DIXI). The spacecraft keeps its name, Deep Impact, while the mission is called EPOXI.

A Second CometEPOXI Flyby of Hartley 2

The Nov. 4, 2010, flyby marked only the fifth time a comet had been visited by a spacecraft.