About Image
The Compton Gamma-Ray Observatory prior to deployment, still attached to space shuttle Atlantis by the robot arm, during the STS-37 mission in April 1991.NASA/STS-37 crew
NASA's Compton Gamma Ray Observatory drifts away from the space shuttle Atlantis on April 7, 1991, following its deployment during the STS-37 mission. Compton's successful career ended in June 2000 when the observatory reentered Earth's atmosphere.NASA/Ken Cameron

Mission Overview
The Compton Gamma Ray Observatory (GRO) was a sophisticated satellite observatory dedicated to observing the high-energy Universe. It was the second in NASA’s program of orbiting “Great Observatories”, following the Hubble Space Telescope.

Relevance to Astrobiology
While Hubble’s instruments operate at visible and ultraviolet wavelengths, Compton carried a collection of four instruments which together could detect an unprecedented broad range of high-energy radiation called gamma rays. The mission provided insights into the basic structure of the Universe and distribution of high-energy radiation that could play a role in the habitability of planets.

NASA Astrobiology Involvement
Data from CGRO informs numerous studies supported by the NASA Astrobiology Program. This data is used in models that help researchers better understand the Universe and the conditions in which planetary systems form and evolve. Scientific results from CGRO are helping exoplanet researchers determine the types and locations of systems that could support habitable planets. 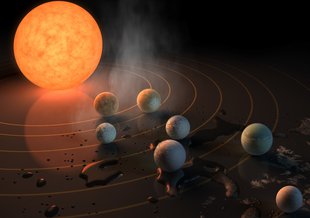 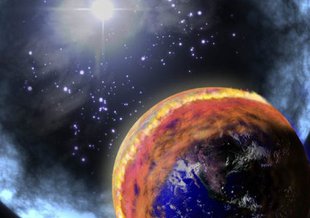 How Deadly Would a Nearby Gamma Ray Burst Be?November 08, 2016
All News
Major mission findings

January 01, 1993Gamma-ray bursts in the Universe

When CGRO launched, most astronomers thought gamma-ray bursts were related to dense neutron stars in our galaxy. With enough bursts, they thought, the distribution of GRBs would concentrate in certain regions, such as the galactic plane. Instead, BATSE showed that gamma-ray bursts occur all over the sky and their distribution bears no sign of the galaxy’s underlying structure. This was compelling evidence GRBs were exploding in distant galaxies, an interpretation later shown to be correct.

CGRO’s EGRET instrument was used to produce an all-sky map of gamma rays. EGRET discovered that the gamma-ray sky was filled with blazars, a type of quasar (an object powered by a black hole millions to billions times the mass of our sun) with a jet of subatomic particles shooting out in our direction at nearly the speed of light. This was a completely unexpected result. 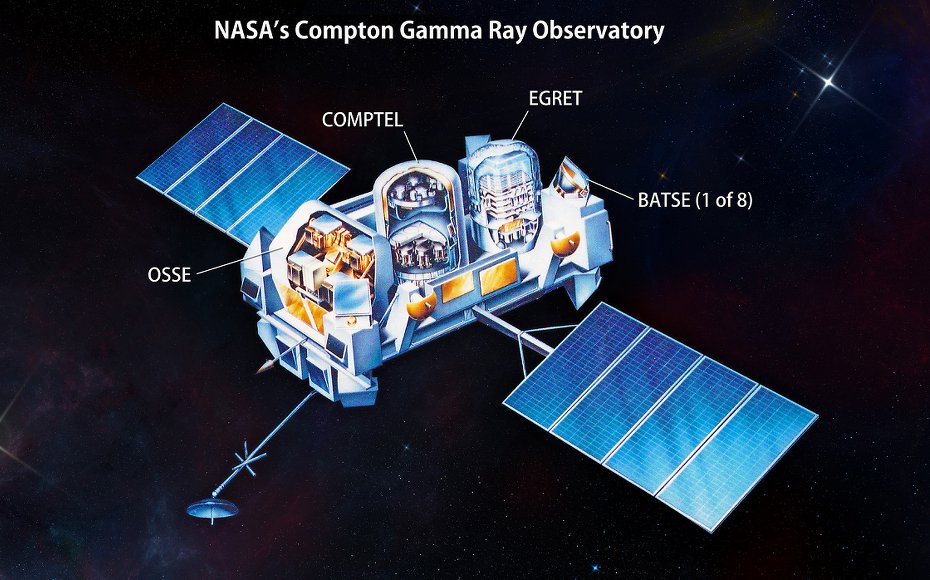 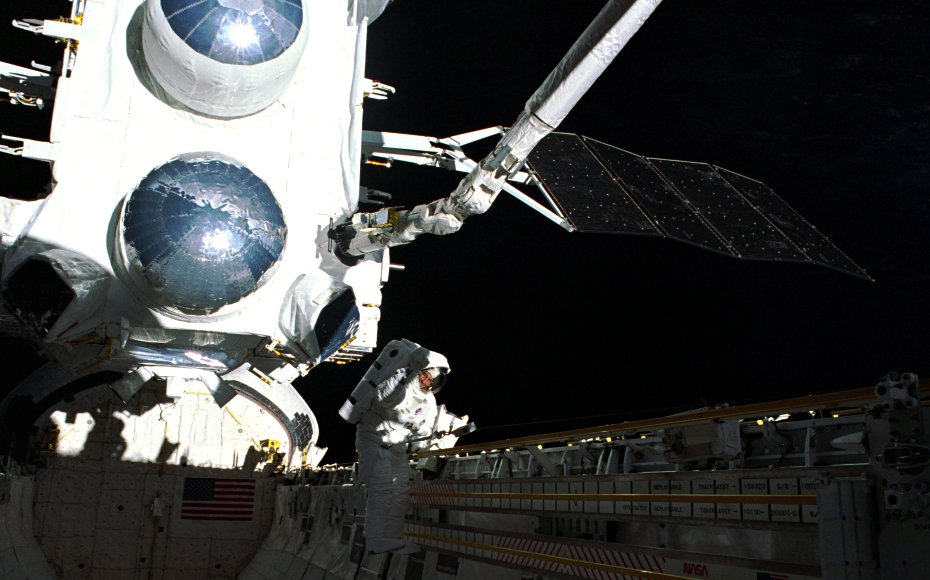 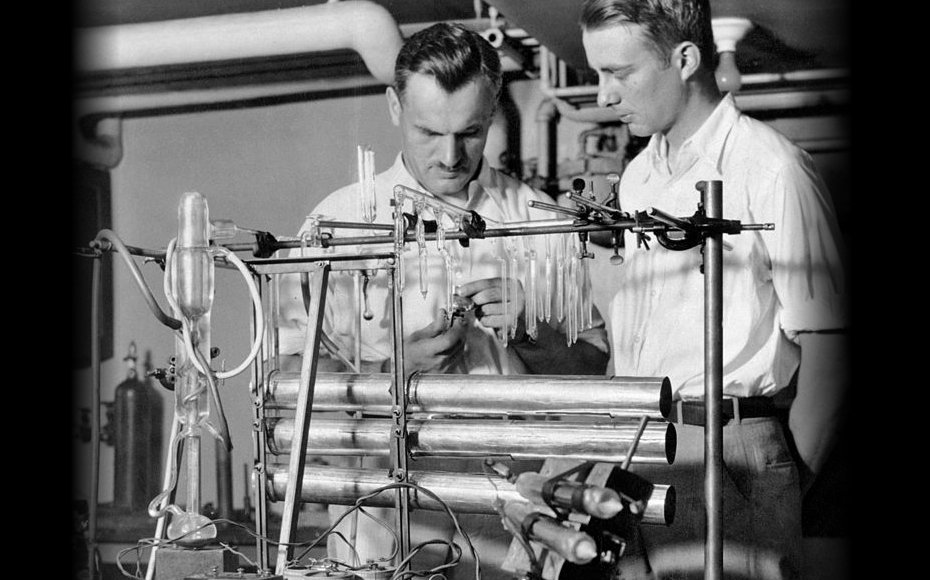 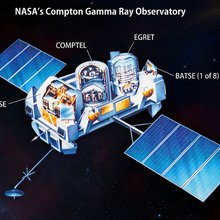 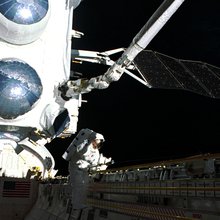 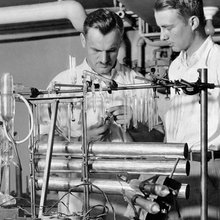 CGRO looms over STS-37 Mission Specialist Jay Apt as he works his way along the payload bay of Atlantis. The unscheduled EVA was needed to free CGRO’s high-gain antenna, which was stuck in its launch configuration.

The Observatory was named in honor of Dr. Arthur Holly Compton, who won the Nobel prize in physics for work on scattering of high-energy photons by electrons – a process which is central to the gamma-ray detection techniques of all four instruments.