About Image
Apollo 11 Commander Neil Armstrong working at an equipment storage area on the lunar module. This is one of the few photos that show Armstrong during the moonwalk. Click image to enlarge. Credit: NASANASA
On Feb. 5. 1971, the Apollo 14 crew module landed on the moon. The crew members were Captain Alan Bartlett Shepard, Jr. (USN), commander; Major Stuart Allen Roosa (USAF), command module pilot; and Commander Edgar Dean Mitchell (USN), lunar module pilot. In this photo, Shepard stands by the Modular Equipment Transporter (MET). The MET was a cart for carrying around tools, cameras and sample cases on the lunar surface. Credit: NASANASA
This image from NASA's Lunar Reconnaissance Orbiter shows the area surrounding Apollo 15's landing site, annotated with the traverse plots of the mission's first two moonwalks, abbreviated as EVAs (extra-vehicular activities). Numbers indicate elevations in meters above the landing site (indicated by the arrow labeled "LM" -- lunar module). Credit: NASANASA 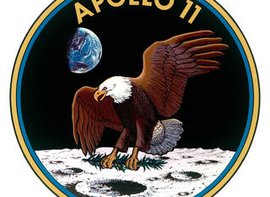 Apollo 11 was the first crewed lunar landing and return to Earth.

Mission Overview
The Apollo 11 mission marked the first time that human explorers traveled beyond the Earth to set foot on another body in our Solar System – the Moon. The three-person crew of Apollo 11 then returned safely to Earth, bringing home important samples and data from the lunar surface.

Apollo 11 was not only a major step forward for human spaceflight. The mission (along with the additional Apollo missions that followed) returned valuable scientific data from the Moon for astrobiologists on Earth.

Apollo 11, 12, 14, 15, and 16 included the Solar Wind Composition Experiment, which provided data about how plasma released from the Sun interacts with the surface of the Moon. In the experiment, solar-wind particles became embedded into foil, which was then returned to Earth for laboratory analysis. The Solar Wind Spectrometer was deployed on Apollo 12 and 15, and took continuous measurements.

The Apollo 11 crew also deployed the Passive Seismic Experiment, which was designed to detect lunar “moonquakes” and provided information about the internal structure of the Moon. More advanced seismometers were deployed at the Apollo 12, 14, 15, and 16 landing sites and transmitted data to Earth until September 1977.

The Soil Mechanics Investigation improved our scientific knowledge about the properties of lunar soil.

The Laser Ranging Retroreflector provided details about the Moon’s orbit, including the rate at which the Moon is receding from Earth (currently 3.8 centimeters per year), and variations in the rotation of the Moon. 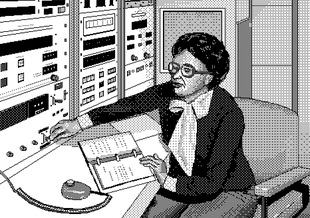 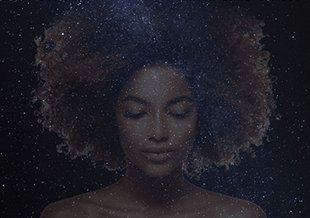 Galaxies in Her Eyes: An Opera Conceived for PlanetariumsMarch 22, 2022

Data from LRO and seismometers placed on the Moon during the Apollo 12, 14, 15, and 16 missions indicates that the Moon is shrinking as its interior cools. The Moon has become 50 meters ‘skinnier’ over the last several hundred years. This shrinking may be the cause of ‘Moonquakes.’ Read More

Like the Earth, the Moon has a crust, mantle, and core. The lunar crust is rich in the mineral plagioclase and is 60-70 kilometers thick on average (3 times thicker than the Earth’s). The lunar mantle lies between the crust and the core and consists mostly of olivine and pyroxene. The core is probably composed mostly of iron and sulfur and extends from the center of the Moon out to a radius of no more than 450 kilometers (less than 25% of the Moon’s radius)

More than 1700 meteoroid impacts were recorded by the seismometer network (masses estimated between 0.5 and 5000 kilograms). Most moonquakes occur at depths of 800-1000 kilometers, with only a few near-surface quakes detected. These occur at monthly intervals at about 100 distinct sites, indicating that these moonquakes are caused by stresses from changes in lunar tides as the Moon orbits the Earth. Moonquakes are quite small, mostly with Richter scale magnitudes less than 2.

Meteoroid impacts cause heavy fracturing in the upper 20 kilometers of the lunar crust and cause scattering of seismic waves. Below 20 kilometers, seismic wave scattering decreases. In the mantle, seismic waves are attenuated much less on the Moon than they are on Earth. The low attenuation on the Moon indicates a cold, dry interior. Because the Moon is smaller than Earth, it is expected to have cooled more rapidly, producing a cold interior. The absence of water may be due either to the failure of the Moon to accumulate water when it formed or to subsequent loss of water to space. Below 1000 kilometers depth, seismic wave attenuation increases, possibly indicating the presence of a small amount of molten rock.

The Solar Wind Composition Experiment measured isotopes of the light noble gases, including helium-3, helium-4, neon-20, neon-21, neon-22, and argon-36. Some variation in the composition of the solar wind was observed in the measurements from the different mission. These variations were correlated with variations in the intensity of the solar wind as determined from magnetic field measurements. The Solar Wind Spectrometer was deployed on Apollo 12 and 15 and took continuous measurements, making it possible to measure how the Earth’s magnetic field affects arriving solar wind particles. 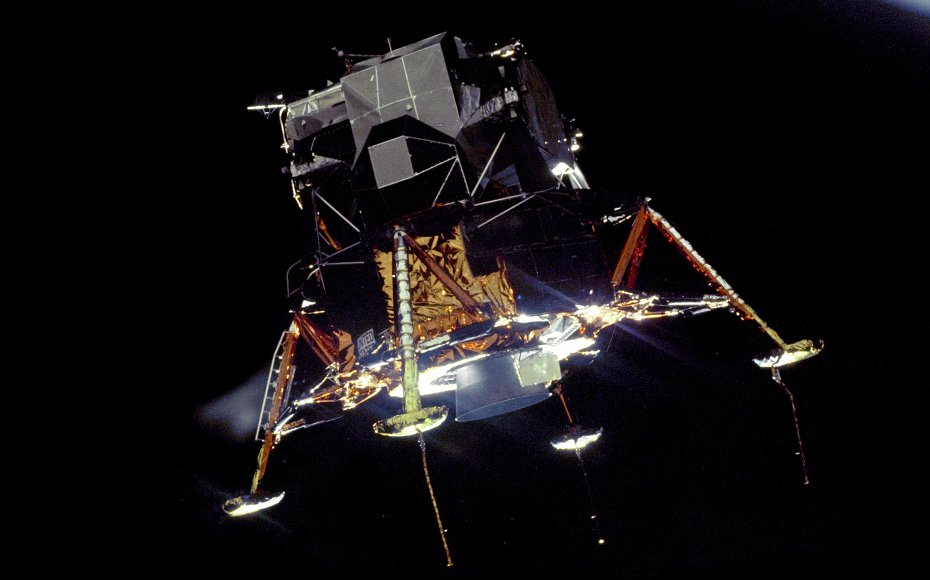 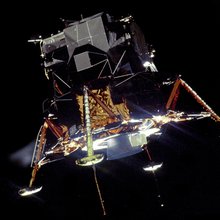