How Deadly Would a Nearby Gamma Ray Burst Be?

Despite the obvious doom and gloom associated with mass extinctions, they have a tendency to capture our imagination. After all, the sudden demise of the dinosaurs, presumably due to an asteroid strike, is quite an enthralling story.

But not all mass extinctions are quite as dramatic and not all have an easily identified culprit. The Ordovician extinction — one of the “big five” in Earth’s history — occurred around 450 million years ago when the population of marine species plummeted. Evidence suggests that this occurred during an ice age and a gamma ray burst is one of several possible mechanisms that may have triggered this extinction event. 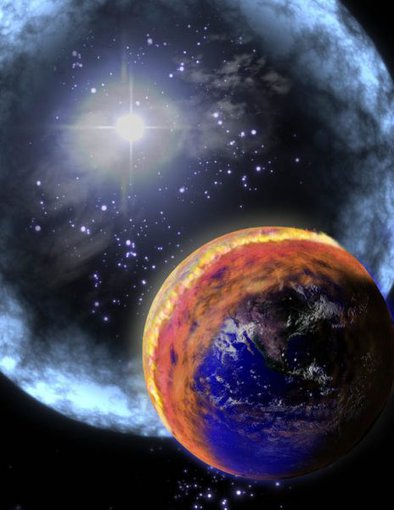 Artist’s impression of a gamma ray burst hitting the Earth. The gamma rays would trigger changes in the Earth’s atmosphere. Credit: NASA

Gamma ray bursts (GRBs) are the brightest electromagnetic blasts known to occur in the Universe, and can originate from the collapse of the most massive types of stars or from the collision of two neutron stars. Supernovae are stellar explosions that also can send harmful radiation hurtling towards Earth. Both GRBs and supernovae are usually observed in distant galaxies, but can pose a threat if they occur closer to home, where they can strip the Earth’s upper atmosphere of its protective ozone layer leaving life exposed to harmful ultraviolet radiation from the Sun.

A new paper, titled “Ground-Level Ozone Following Astrophysical Ionizing Radiation Events – An Additional Biological Hazard?” published in the journal Astrobiology took a look at the ramifications of a nearby GRB or supernova and the effects on life. The research was funded by the Exobiology and Evolutionary Biology element of the NASA Astrobiology Program.

Normally, the ozone layer in the upper atmosphere shields the Earth’s surface from harmful ultraviolet light. But a GRB or supernova would quickly eviscerate that layer. As the UV rays penetrate the planet’s surface they would break apart oxygen molecules and ground-level ozone would form, according to Washburn University astrophysicist Brian Thomas. We see this kind of ozone on hot, polluted days when smog alerts warn us to stay indoors for health reasons. But would the ground-level ozone created after a GRB pose a longterm biological threat? Thomas and his colleague Byron Goracke investigated the severity of this ground-level ozone and its potential effects on life using an atmospheric model to simulate a particular case of a GRB occurring over the South Pole. 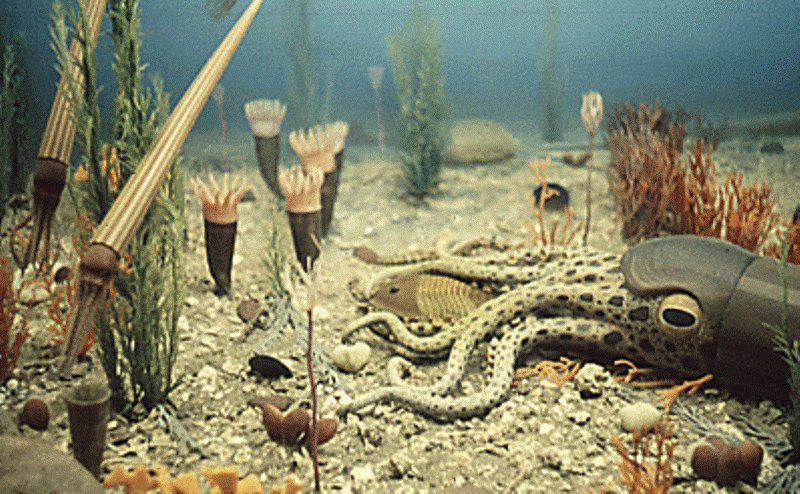 The marine life of the Ordovician fell victim to a mass extinction, the cause of which might have been a gamma ray burst. Credit: Diorama of the Ordovician from the Smithsonian’s National Museum of Natural History, William B.S. Berry

“A GRB could happen over any latitude or time but we chose the South Pole mainly to look at a very high depletion case,” explains Thomas. “When the radiation enters the atmosphere over a pole, the depletion is concentrated there instead of spread around the globe.”

This is because the radiation produces chemical changes in the middle atmosphere, and atmospheric transport from this region is mainly towards the pole making the effect of the GRB most extreme in this location. A burst at the South Pole fits in with theories of the Ordovician extinction because the measured extinction rates match the models that predicts latitude-dependent biological damage.

Thomas and his team of researchers used computer models to determine that the amount of ozone present in the lower atmosphere following a GRB concentrated on the South Pole is around 10 parts per billion (ppb) and this amount varies with the seasons.

However, it takes at least 30 ppb of ozone to increase the risk of death due to respiratory failure in humans. Ground-level ozone can also damage plants by reducing chlorophyll production or killing the cells outright, but once again there needs to be at least 30 ppb in the atmosphere before ozone becomes a risk to vegetation. 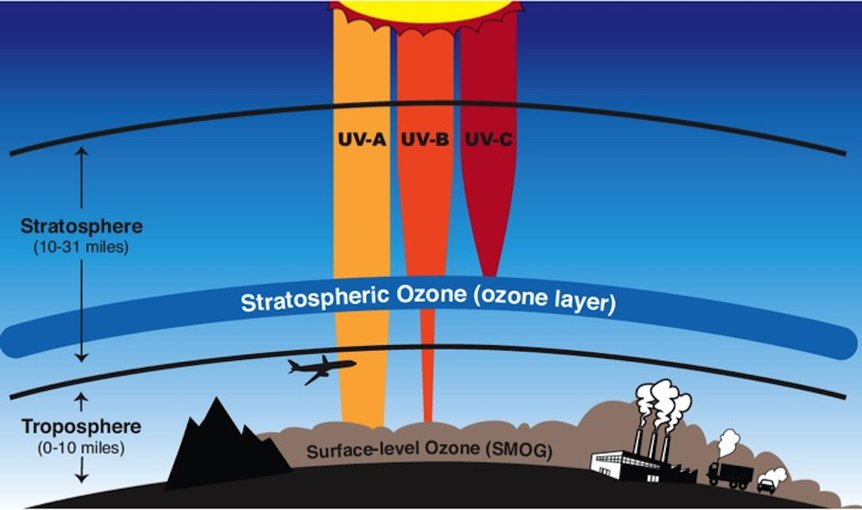 Ozone is also water soluble, which is particularly relevant to the Ordovician mass extinction as most life at the time was marine life. If all of the 10 ppb of ozone generated by a GRB became dissolved in the oceans, it would still only have a very minor impact, if any, on some bacteria and fish larvae, and wouldn’t have played a part in the Ordovician mass extinction. It’s quite clear, therefore, that a GRB event alone does not cause the kind of elevated ground-level ozone that’s deadly to life.

However, this negative result is still vital to understanding what would or wouldn’t happen to the Earth’s atmosphere and its inhabitants following the energy from a GRB or supernova reaching our planet. A GRB would deplete the ozone layer in the upper atmosphere, allowing harmful UV radiation to reach the ground and thus have dire consequences for life. However, the ground-level ozone caused by the GRB would not be an additional hazard for life.

Understanding what causes mass extinctions is also important for the search for life in the Universe. Discovering a planet that ticks all the boxes for habitability may sound promising, but perhaps less so if a GRB or supernova recently occurred nearby. In the hunt for life we also need to consider the possibility that any life that might have existed on a distant planet could already be extinct.