About Image
Artist impression of a strand of DNA.GA Tech/CCE
Oct. 3, 2020
Feature Story

The origin of life: “chicken or egg” or Red Herring?

The origins of life on Earth remains one of science’s biggest mysteries. Scientists have long tried to figure out the precursors to both RNA (ribonucleic acid) and DNA (deoxyribonucleic acid), as well as how the two emerged. Dr. Ramanarayanan Krishnamurthy of the Scripps Research Institute investigates possible chemical origins of both RNA and DNA, and his recent publication in Nature Communications raises an intriguing question: could RNA and DNA have arisen together, rather than one emerging before the other?

Scientists agree that the creation of RNA and DNA requires ribose and nucleobases, but they disagree on “what is defined and universally accepted as prebiotically plausible conditions,” writes Krishnamurthy. The fundamental disagreement stems from difficulties of accurately deciphering early fossils, the rarity of those early fossils, the possibility of contamination from currently existing life, and potential analytical errors in their examination. Given those constraints, “There can be no single solution,” says Krishnamurthy. Instead, myriad possibilities remain for how the stage was set for life, not to mention how life actually came to be.

Given the massive time frame of this evolution and the lack of scientific consensus regarding early Earth conditions, trying to figure out the exact combination of chemicals and conditions leading to RNA and DNA is harder than searching for a needle in a haystack. Instead of looking for a single needle, scientists are searching for pieces of infinite different needles and then trying to make sense of what they find. 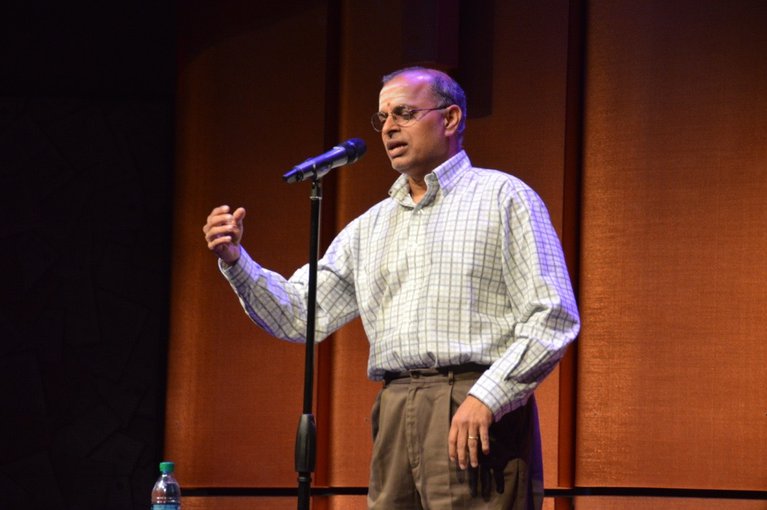 One popular idea about the emergence of life on Earth, RNA World Theory, was developed by scientists Carl Woese, Francis Crick, and Leslie Orgel in the 1960s. RNA is simpler and more versatile than DNA, so many scientists believe RNA’s nucleic acids comprised life’s main building blocks, which later created proteins that gave rise to DNA. In the 1980s, scientists discovered ribozymes, RNA enzymes that cause chemical reactions. The finding seemed to support RNA World Theory: ribozymes create protein chains by linking amino acids, and they’re involved in processes that enable RNA splicing and reproduction.

However, scientists cast doubt on RNA World Theory for a variety of reasons, including a growing belief in RNA precursor insufficiency. “RNA has catalytic capabilities and information that translates into proteins, but the building blocks of RNA don’t do much,” Krishnamurthy explained. Nearly 60 years after proposing RNA World Theory, scientists still lack evidence of a causal chain linking RNA precursors to life as we know it, and Krishnamurthy’s work has caused at least one scientist to reverse his position on the theory. A 2012 Biology Direct publication called RNA world hypothesis “the worst theory of the early evolution of life (except for all the others).” 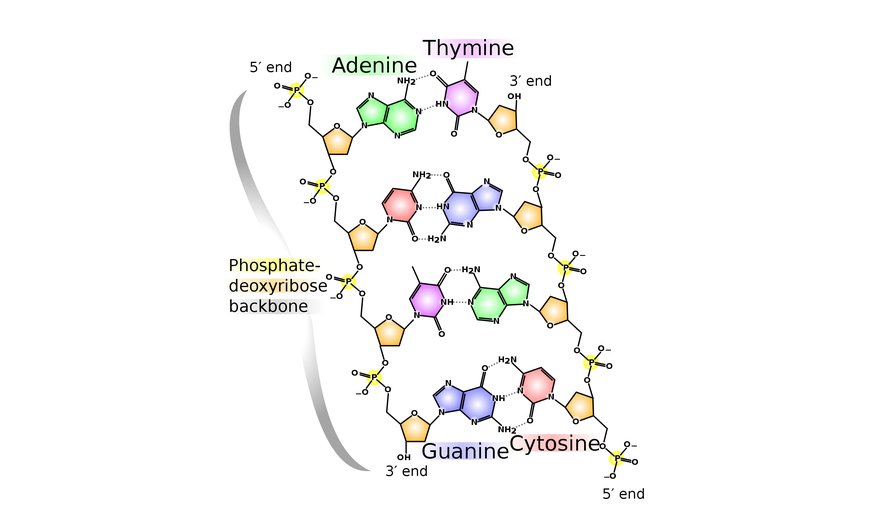 If RNA Didn’t Come First, What Did?

In their 1952 “spark” experiment, chemists Stanley Miller and Harold Urey sought to reproduce conditions on early Earth. They used an electric current to replicate a lightning strike to see how it might impact atmospheric gases, which resulted in the production of amino acids. The idea that non-biological molecules can create biological ones has narrowed the focus of further investigations almost solely on amino acids. Life requires amino acids, but “focusing on them hasn’t given us the answer to the chemical origins of life,” Krishnamurthy says. “It’s our duty to see what else is possible.”

Alternatives to RNA World Theory have been springing up, including in Krishnamurthy’s lab. Other nucleotides similar to RNA’s building blocks could have emerged together and other mechanisms could have arisen along with RNA that paved the way for later systems. RNA World Theory is “outliving its usefulness” and according to Krishnamurthy, it “constricts scientists’ views and doesn’t allow new ideas to develop.”

Dr. Martha Grover, Professor of Chemical and Biomolecular Engineering at Georgia’s Institute of Technology, agrees: “constructs like the RNA World Theory are useful to frame our thinking, but they should not be interpreted too strictly.” If scientists cling to the theory, then they’ll look for source molecules and pathways that culminate exclusively in RNA, which eliminates countless other possibilities from the start.

Krishnamurthy’s work suggests that RNA and DNA could have arisen from the same source molecules. His lab identifies plausible pathways for that idea, including one involving diamidophosphate, a molecule that may have been present on prebiotic Earth and that may, via a phosphorus-nitrogen bond, have helped turn both RNA and DNA precursors into strands.
Other chemical researchers, such as John Sutherland of the MRC Laboratory of Molecular Biology and Noble Prize-winning geneticist Jack Szostak maintain positions similar to Krishnamurthy’s. Sutherland has proposed that precursors to RNA and DNA might have combined to make the first genes. Dr. Claudia Bonfio of the MRC Laboratory of Molecular Biology said that she finds it “truly intriguing that DNA nucleotides could have been present on early Earth before the advent of life, potentially resulting from the same chemistry that also produces RNA building blocks, amino acids, and lipids.” 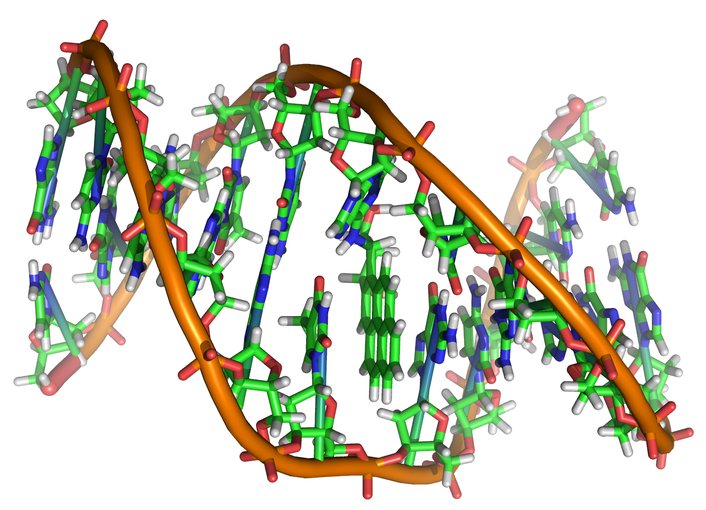 The importance of keeping an open mind

Krishnamurthy hopes his work will galvanize a shift when it comes to not limiting origin of life experiments to RNA-first scenarios. Bonfio agrees that the “co-presence of DNA and RNA nucleotides opens the door to an expanded and more comprehensive view where DNA and RNA could have been different, yet complementary roles in the emergence of life.” Grover similarly underscores the importance of “posing hypotheses and then working hard and sincerely to invalidate them,” which is the essence of scientific experimentation, given how much easier is it to disprove rather than prove a theory. That might sound counter-intuitive, but proving oneself wrong in science is just as valuable as proving oneself right. “In the modern research environment, there may be pressure to pose a hypothesis, become personally invested in the hypothesis, and work to find evidence to support that hypothesis,” Grover says. “However, that is really not the best way to go about hypothesis-driven research.”

If scientists struggle to figure out how RNA and DNA emerged on early Earth, then trying to figure out what might comprise life’s building blocks on other planets might seem impossible, especially considering the existence of molecules we haven’t discovered yet. Bonfio acknowledges that these unknowns could inhibit progress: “Even though new building blocks could be synthesized and new chemical pathways revealed by expanding our chemical space, such advancement could potentially be compromised by prebiotic implausibility or biological irrelevance. Nevertheless, such discoveries could provide useful insights in the search of life in extra-terrestrial environments.”

Grover points out that while “life on other planets might be completely different, but if the planet is Earth-like, it’s possible that it might choose similar building blocks.” But who knows? That’s why Krishnamurthy applies his open-minded approach to exoplanets. “Starting with a mixture is quite general,” Krishnamurthy explained. “It’s specific to any two systems that do base-pair replication, but not specific to RNA or DNA.” If scientists limit themselves to organisms that exist in Earth-based biology, they’re likely to come up empty-handed. 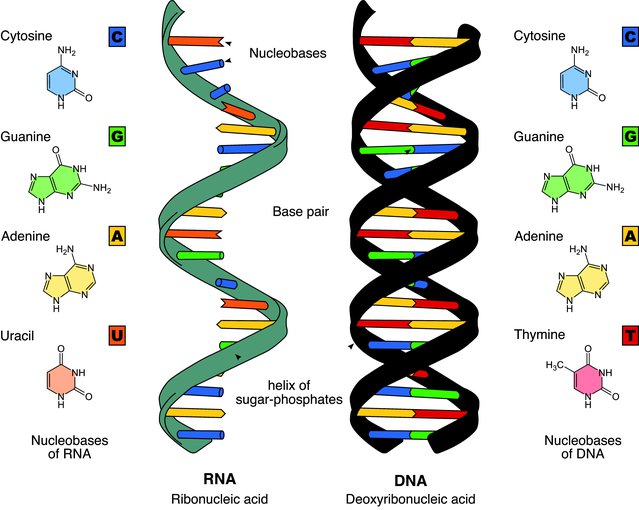 Taking a more general approach invites scientists to think of other structures and systems that would have similar properties but would lead to entirely different building blocks. Different chemistries exist on different planets, and “maybe the structures on exoplanet A aren’t similar to RNA but have similar chemical or physical properties,” said Krishnamurthy. Considering those alternatives is important to Grover as well: “Even if life on other planets uses the same building blocks, like nucleobases, the environments might lead to different evolutionary pathways.”

Krishnamurthy acknowledges that scientists are “trying to recreate a situation with very little chemical clues as to what exactly happened.” Even if he published a paper tomorrow showing how his lab mixed chemicals that turned into life, “you still wouldn’t know if that’s what happened 4 billion years ago.” The big takeaway here, according to Krishnamurthy, is to embrace possibilities rather than ruling things out. After all, figuring out the origins of life on Earth is “not like being Columbo,” Krishnamurthy said. “You might catch the thief, but that doesn’t mean you know how he committed the crime.”

This work was supported by the National Science Foundation and the NASA Astrobiology Program under the NSF  Center for Chemical Evolution (CHE-1504217) and The Simons Foundation (327124).