About Image
Stardust was the first spacecraft to return a cometary sample and extraterrestrial material from outside the orbit of the moon to Earth.NASA
NASA's Stardust sample return capsule successfully landed at the U.S. Air Force Utah Test and Training Range at 2:10 a.m. Pacific time (3:10 a.m. Mountain time). The capsule contains cometary and interstellar samples gathered by the Stardust spacecraft.NASA
Sept. 7, 2017
Research Highlight

A new study is providing further insight into the range and diversity of materials found in a Kuiper Belt comet. A team of researchers examined more than 250 fragments from the comet Wild 2, as well as a sample from a giant cluster interplanetary dust particle (GCP). The GCP is also likely to have originated from a comet.

Samples of comet Wild 2 were returned to Earth by the Stardust spacecraft in 2006. They were the first-ever samples returned to Earth from a comet and contained some unexpected features, including some that were formed at high temperatures. By comparing features from Wild 2 and the GCP to similar ones found in meteorites, scientists are gaining a new understanding of how comets formed in the outer reaches of our solar system, as well as the distribution of materials across the early Solar System. This distribution is important in determining the types and abundances of materials that could have been delivered to the early Earth at the time of life’s origin on our planet. 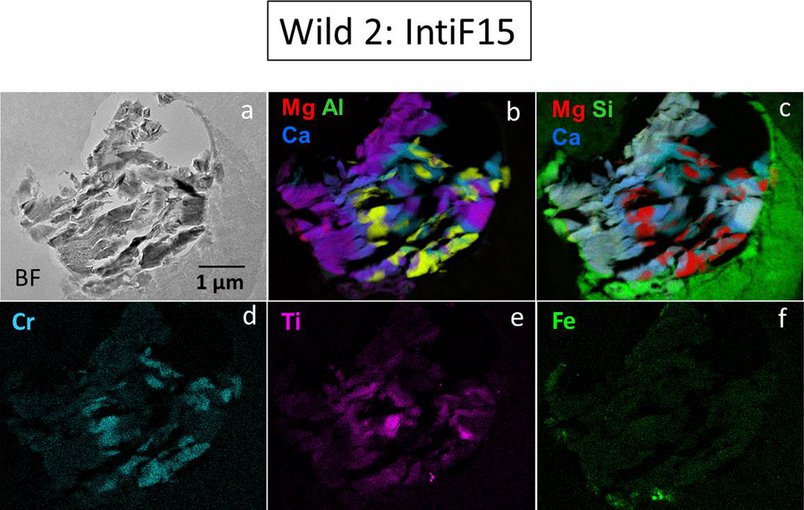 The study, “Refractory materials in comet samples,” was published in the journal Meteoritics & Planetary Science. The work was supported in part by NASA Astrobiology through the Emerging Worlds Program and the Laboratory Analysis of Returned Samples (LARS) Program.