Biosignatures that vary in time and atmospheric gases that shouldn’t exist without life to replenish them could be two possible ways to detect life on exoplanets.

Finding any life that might exist on other planets is extremely challenging. Even in our own Solar System, where we can send probes and orbiters to worlds of interest such as Mars, it is difficult to assess if any microbial life is, or was ever, present. When studying exoplanets, we can only look at the starlight shining through a planet’s atmosphere in the hope that it will reveal absorption or emission lines that indicate gases produced by life. Detailed analyses of the atmospheres of exoplanets is still mostly in the realm of future telescopes, such as the James Webb Space Telescope (JWST), but understanding what to look for is an important step in the hunt for life on other planets. 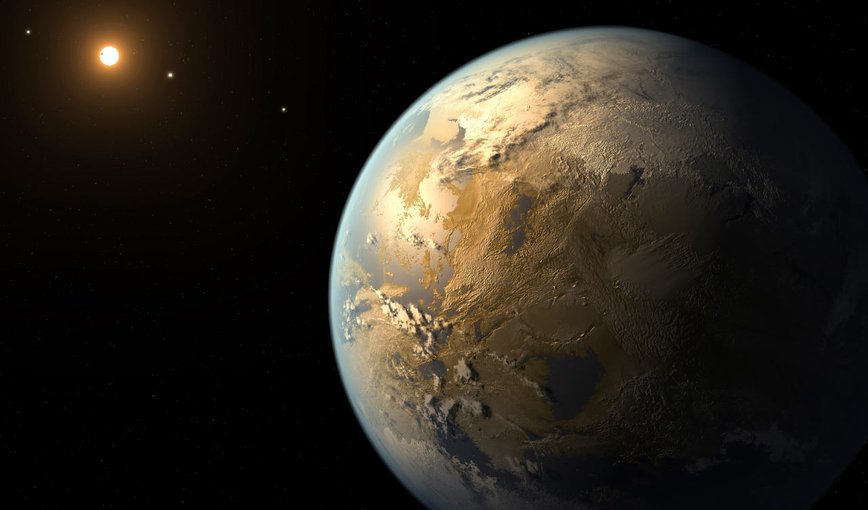 An artist’s impression of a habitable exoplanet. Seasonal changes and the presence of disequilibrium gases in such a planet’s atmosphere could indicate the existence of life there.Image credit: NASA Ames/SETI Institute/JPL–Caltech.

A paper by Stephanie Olson at the University of California, Riverside, and colleagues, discusses how seasonal changes in the atmosphere caused by life could be used as a biosignature. The second paper is by Joshua Krissansen-Tottonat the University of Washington, along with Olson and David Catling, and looked at potential biosignatures produced by atmospheric gases that can only co-exist in the presence of life.

Signals from an exoplanet that vary over time, such as with the seasons, could help to rule out false positives or negatives that occur in single snapshot observations. By understanding how atmospheric gases vary over the course of a year on Earth, it will help inform scientists about what signals to look for on other planets.

“Rather that simply recognizing that a planet hosts life, we may be able to say something about how the activities of its biosphere vary in space and time,” says Olson. 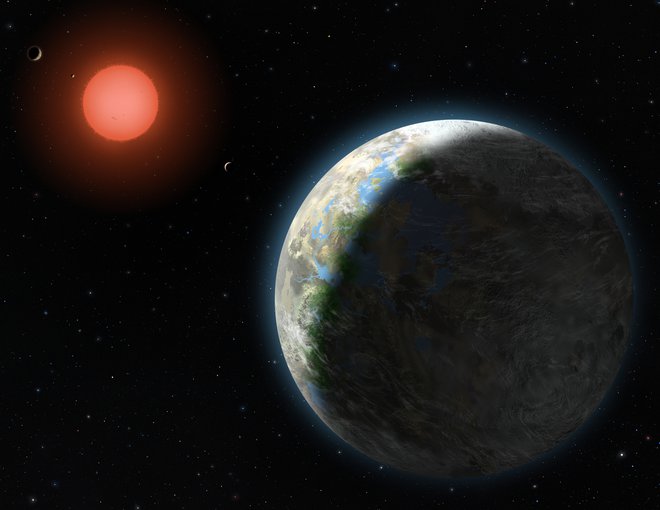 Ozone is a proxy for oxygen in the search for the existence of oxygen in the atmospheres of potentially habitable planets.Image credit: Lynette Cook.

Seasonality in the Earth’s atmosphere arises because of the interactions between the biosphere and the varying solar radiation reaching Earth at different points in its orbit. Seasonal variations shift the balance between two different reactions: photosynthesis and aerobic respiration. Photosynthesis occurs as carbon dioxide and water react to become organic matter and oxygen, and aerobic respiration causes the reverse reaction, producing carbon dioxide and water. The maximum production of oxygen occurs during the summer months when temperatures are warm.

The researchers examined the seasonal variations in carbon dioxide on Earth, a signal that could be detectable on other planets assuming that life elsewhere is also carbon-based. Carbon dioxide is an important atmospheric component on habitable worlds due to the role it plays in climate regulation via weathering.

They found that the seasonal carbon dioxide (CO2) signal would be dominated by land-based ecosystems, which are in direct contact with the atmosphere, indicating that CO2variability might not be detectable on ocean worlds. This is seen on Earth, where the ocean-dominated Southern Hemisphere has a weaker CO2 variability signal than the Northern Hemisphere. Carbon dioxide seasonality would be difficult to detect on other planets, but it is a powerful indicator of the presence of life since it is unlikely to occur on planets with an ocean unless life is present.

Earth’s thin atmosphere is all that stands between life on Earth and the cold, dark void of space.Image credit: NASA.

They also looked at the scenario of an exoplanet that is an analog of the early-Earth, where life existed but where there was still very little oxygen in the atmosphere. Weak oxygen signals are difficult to detect, but a varying ozone signature (ozone is a molecule built from three oxygen atoms) might be more visible in the spectrum of an exoplanet. Such a signal is more likely to be detected for a planet with less oxygen than the present day Earth because ozone can create a stronger signal than oxygen.

“Seasonality would be difficult to detect for a planet resembling the present-day Earth, at least in the case of oxygen,” explains Olson. “The reason is that baseline levels of oxygen are really high today, and so small seasonal fluctuations are very challenging to measure at our planets surface, and would be even more so on a distant planet.”

Krissansen-Totton, Olson and Catling also simulated early-Earth atmospheres, but this time looking for signatures of disequilibrium, meaning the presence of gases that would not ordinarily exist in an atmosphere without some active process, such as life, producing them. Earth has a large atmospheric disequilibrium today, but they calculated that a disequilibrium has existed since life formed on Earth and that the evolution of disequilibrium follows the rise in biogenic atmospheric oxygen.

In the Archean eon (4 to 2.5 billion years ago), a disequilibrium existed via the coexistence of carbon dioxide, nitrogen, methane, and liquid water, which ordinarily would react to create ammonium and bicarbonate, quickly removing the methane from the atmosphere without the presence of life to replenish it. Carbon dioxide and methane should be detectable in exoplanet spectra by JWST, particularly on planets orbiting red dwarfs. If these are detected, but no carbon monoxide is found, it could be a strong biosignature. This is because many of the non-biological scenarios that replenish methane would also be expected to produce carbon monoxide (CO), and because surface life consumes CO.

“This is a very easy metabolism to do; if there’s CO and water around, then microbes can make a living by combining these species to make CO2and molecular hydrogen (H2),” says Krissansen-Totton.

The largest source of disequilibrium in the Proterozoic eon (2.5 to 0.54 billion years ago) was the coexistence of nitrogen, water and oxygen. Both oxygen and nitrogen are produced by life, and without life to replenish the oxygen, it would be converted to nitric acid in the ocean.

Recognizing signs of life that use different metabolic pathways might also be possible if the atmospheric gases are in an unusual disequilibrium, but it would be challenging to detect.

“Detecting microbes that oxidize iron in the ocean might be challenging since this particular metabolism does not generate any gaseous waste products,” says Krissansen-Totton. “Among the possible metabolisms that do produce waste gases are some promising possibilities. For example, laughing gas (N2O) is a biogenic gas that we would not expect to see in equilibrium in the atmospheres of lifeless planets. Similarly, various sulfur metabolisms might be detectable since they modify the abundances of organic molecules in a planet’s atmosphere to be out of equilibrium.”

Finding early-Earth analogues with signs of seasonality or disequilibrium might indicate that life is not only present, but has evolved in a similar manner to life on our own planet.