Cyanide in the Warm Little Pond: A Clue to Phosphate Availability 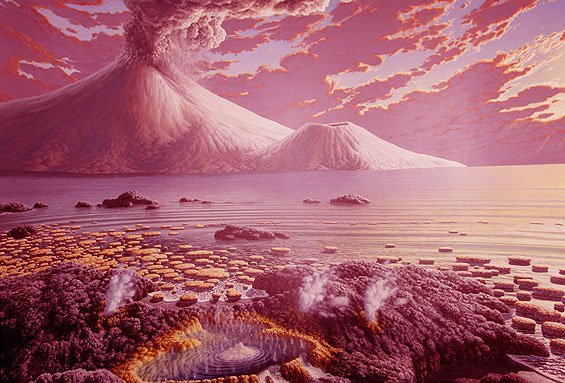 A recent study shows that cyanide and urea-based solvents could have played a role in making phosphate available for the origins of life on the early Earth. Phosphate is essential for life, and is used in the backbones of molecules like DNA. However, the availability of phosphate early in Earth’s history is thought to have been low because it would have been sequestered in insoluble calcium and iron minerals.

The new results show that cyanide and urea-based solvents in a ‘warm little pond’ scenario could have helped make phosphate minerals more soluble. The paper outlines how organic phosphorylation could have occurred under plausible prebiotic conditions. The process could also be relevant on other worlds of interest in the search for life beyond our planet.

The study, “A Stark contrast to modern Earth: Phosphate mineral transformation and nucleoside phosphorylation in an iron and cyanide‐rich Early Earth scenario,” was published in the journal Angewandte Chemie. The work was performed at the NSF/NASA Center for Chemical Evolution (CCE) at the Georgia Institute of Technology in Atlanta, Georgia. The CCE is a collaborative program supported by the National Science Foundation (NSF) and the NASA Astrobiology Program. This newly-revealed science is also a critical part of NASA’s work to understand the Universe, advance human exploration, and inspire the next generation. As NASA’s Artemis program moves forward with human exploration of the Moon, the search for life on other worlds remains a top priority for the agency.