NASA and the Navajo Nation

The “NASA and the Navajo Nation” project began with a simple question: is the Navajo Nation interested in partnering with NASA on educational initiatives? Despite it’s simplicity, this was a revolutionary approach by a federal agency toward working with a Native American community. We are still benefitting from this approach today, over 11 years later.

In January, 2005, a group of Navajo educators and leaders met with NASA representatives to discuss this question in a two-day meeting, and the answer was YES. The group articulated the goal that Navajo youth should have the freedom and support to pursue science, but not at the expense of their cultural identity. A guiding strategy also emerged, that scientific and Cultural knowledge would be taught together in a “dual-learning environment” in which both ways of knowing are held equal.

After the initial 2005 meeting, a collaborative project team formed, the heart of which is still active today, including NASA scientists, Navajo Medicine Men, and both NASA and Navajo educators. The team went on to develop two educator guides with hands-on activities that bring together these two ways of knowing in an equitable, non-threatening way. Over the years, the guides have supported the production of professional development workshops for teachers, Summer camps for students, a Cultural Immersion experience for program managers from federal agencies and academia, and other outreach programs.

These and other programs are still ongoing today! For a history of the activities of the project, please browse the list below. 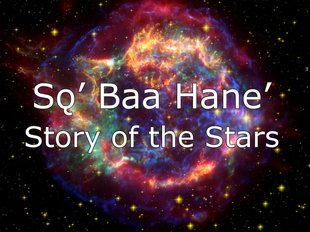 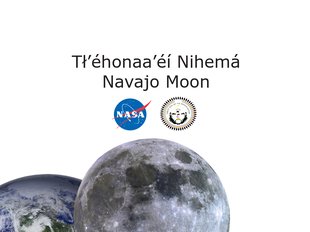