Where Is the Habitable Zone for M-Dwarf Stars?

While we know that yellow dwarf stars like our sun are capable of supporting life, there’s another star type that is a prime hunting ground for potentially habitable exoplanets.

M-dwarf stars are extremely common in the Universe and a typical one is relatively small and dim, making it easy for astronomers to detect a passing planet. If orbiting planets huddle close enough to an M-dwarf, in theory they could fall within the habitable zone where surface liquid water, and thus life, is possible. 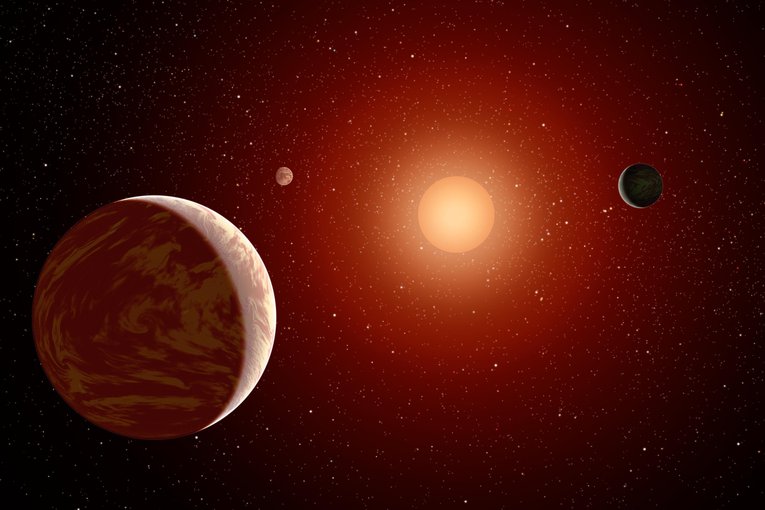 Yet, an M-dwarf’s habitable zone is poorly understood. It is not clear how far away the planets need to be orbiting from the star for surface liquid water to be possible. Because planets in this range orbit so close to an M-dwarf they may be tidally locked, said Ravi Kumar Kopparapu, an assistant research scientist at the NASA Goddard Space Flight Center in Maryland.

“They’re always facing the same side of the star, just like the Moon does around the Earth,” he said.

This position could potentially stabilize the climate for life, but on the other hand, the side facing the star might be very hot while the side facing away is very cold.

Kopparapu said a better understanding of habitable zones around M-dwarfs needs to come quickly because of upcoming missions in exoplanet research. NASA’s Transiting Exoplanet Survey Satellite (TESS) is scheduled to launch next year to observe more planets and to serve as a guidepost for NASA’s James Webb Space Telescope in 2018. James Webb can provide higher resolution data that can tell us about what kind of gases are present in the atmosphere of a planet orbiting an M-dwarf star. This data can bring out details such as a planet’s temperature, revealing the potential for the right conditions to exist for life.

A paper based on Kopparapu’s research, “The inner edge of the habitable zone for synchronously rotating planets around low-mass stars using general circulation models,” was recently published in The Astrophysical Journal. 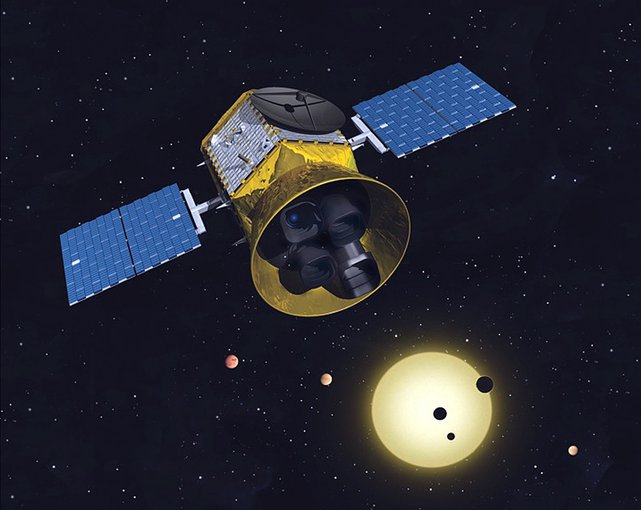 Kopparapu previously came up with a one-dimensional climate model of habitable zones around all stars, including M-dwarfs. This model did not take into account tidal locking around the star, but instead found two types of habitability limits. The first is a moist greenhouse limit, where a planet that is close enough to a star would have water vapor dominated atmosphere rendering the planet uninhabitable due to high temperatures. The second limit is a runaway greenhouse effect, where the energy from the star is so intense (higher than the energy absorbed in the moist greenhouse limit) that it causes oceans to evaporate.

The new model, explained in the most recent paper, simulates a water-rich planet (roughly Earth’s size). Previous research using this same model found that the climate of such a planet would depend on atmospheric circulation, which in turn depends on the Coriolis force (created by the planet’s rotation). In slowly rotating planets near the inner edge of the habitable zone, the Coriolis force is weak, the clouds stay fairly stationary, and the planet has lower temperatures than predicted by one-dimensional models because the clouds reflect the light of the star. This results in the habitable zone being much closer to the star to take into account this cooling effect.

Kopparapu’s team was able to reproduce those results, but there was one key difference.

“Our habitable zones are a little farther away from the star than what they get from their model because the planets get warmer faster,” he said. “This means the width of the habitable zone around M-dwarf stars is not as wide as previously thought.” 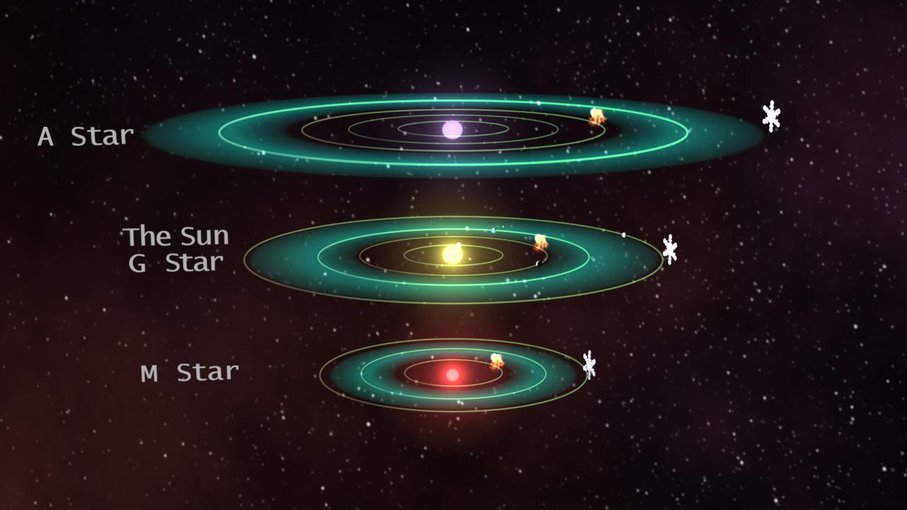 The estimated habitable zones of A stars, G stars and M stars are compared in this diagram. More refinement is needed to better understand the size of these zones. Image credit: NASA/JPL-Caltech/MSSS.

Kopparapu said his team took into account Kepler’s third law of motion, which is a fundamental part of physics and astronomy. The law, simply put, says the time it takes a planet to orbit its star is roughly proportional to the size of its orbit. The older study assumed a constant orbital period of 60 days at the inner edge of the habitable zone, but the orbital and rotational period did not match what Kepler’s law predicts.

More study is planned to refine the size of these habitable zones. Kopparapu has funding from NASA’s Habitable Worlds Program. NASA’s Habitable Worlds Program includes elements of the Astrobiology Program, the Mars Exploration Program, and the Outer Planets Program. His proposal will update our understanding of how water vapor can absorb incoming radiation from the star. This can influence the warmth of a planet and further reduce the width of the habitable zone.