What Astrochemistry Is Telling Us 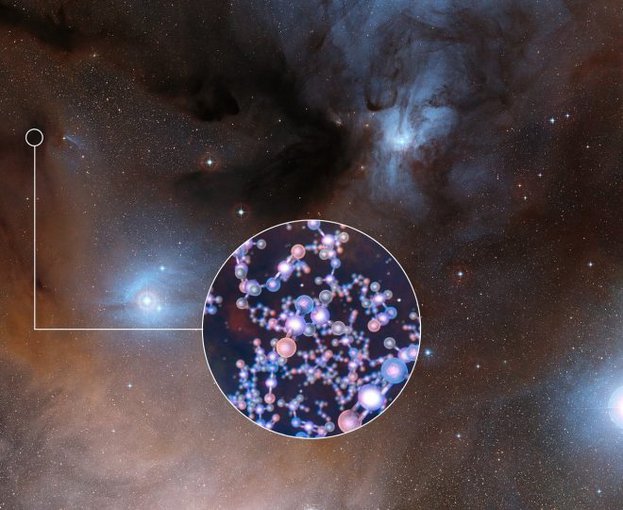 Sometimes lost in the discussion of exoplanets and habitability is where the potential building blocks of life might come from and how they got there.

Yes, hydrogen and water and methane and carbon and nitrogen have been found in abundance around the cosmos, but how about the larger and more esoteric compounds needed for life to emerge? The precursor compounds to amino acids and nucleobases, for instance— Are they formed in space, too?

Some have indeed been identified around young stars or in star-formation regions, but much of what we know about complex molecules in space comes via meteorites and comets.

The Philae lander, for instance, identified 16 organic compounds on the Churyumov-Gerasimenko comet in 2015, including four compounds never before detected on comets. Some of these compounds play a key role in the prebiotic synthesis of amino acids, sugars, and nucleobases — the ingredients for life.

Now an additional and significant precursor compound has been detected around sun-like stars in the very early stage of their formation. The chemical is methyl isocyanate, and it is an important building block of life.

The detection was made by two teams at the Atacama Large Millimeter/submillimeter Array (ALMA) radio telescope, high in the Chilean desert. The researchers described their detection as the first one of this prebiotic molecule around a solar-type protostar, the type from which our solar system evolved.

“We are particularly excited about the result because these protostars are very similar to the Sun at the beginning of its lifetime, with the sort of conditions that are well suited for Earth-sized planets to form,” said Rafael Martín-Doménech of the Centro de Astrobiología in Madrid and Víctor M. Rivilla of the Osservatorio Astrofisico di Arcetri in Florence. They were lead authors of one of the two papers published on the subject by the Royal Astronomical Society.

“By finding prebiotic molecules in this study, we may now have another piece of the puzzle in understanding how life came about on our planet.”