Was Life on the Early Earth Purple?

Early life-forms on Earth may have been able to generate metabolic energy from sunlight using a purple-pigmented molecule called retinal that possibly predates the evolution of chlorophyll and photosynthesis. If retinal has evolved on other worlds, it could create a a distinctive biosignature as it absorbs green light in the same way that vegetation on Earth absorbs red and blue light.

Earth’s atmosphere has not always contained significant amounts of oxygen. For the first two billion years of our planet’s history, the atmosphere was rich in carbon dioxide and methane, but around 2.4 billion years ago something changed: the Great Oxygenation Event that saw the abundance of free oxygen in our atmosphere dramatically rise. The cause of this is thought to be cyanobacteria, which are able to perform photosynthesis – the transformation of sunlight and carbon dioxide into metabolic energy to produce sugars that fuel life’s processes, and oxygen as a ‘waste’ product – using a green pigment called chlorophyll. 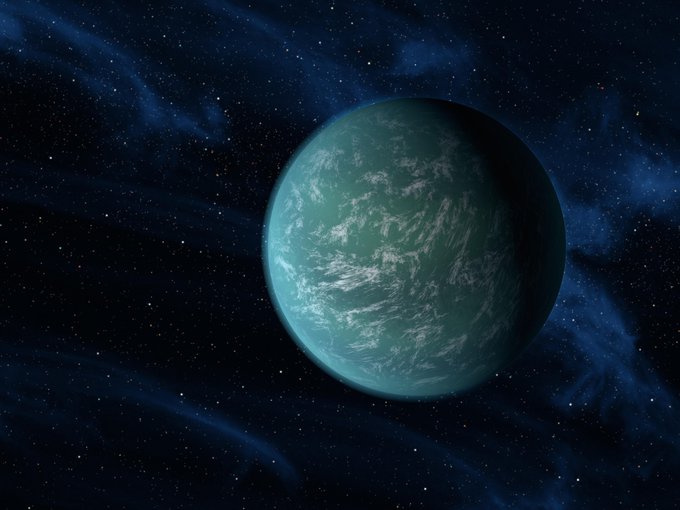 Habitable exoplanets where life uses the purple-pigmented retinal to provide metabolic energy from sunlight could have as drop-off in green light when viewed spectroscopically.Image credit: NASA/Ames/JPL–Caltech.

Photosynthetic lifeforms are known to have existed prior to the Great Oxygenation Event (GOE), as far back as 3.5 billion years ago, but various competing – and not completely understood – processes postponed the GOE, including geological mechanisms that were able to remove oxygen from the atmosphere. However, the origin and evolution of photosynthesis via chlorophyll remains murky. Now, Shiladitya DasSarma, who is Professor of molecular biology at the University of Maryland, and Dr Edward Schwieterman, an astrobiologist at the University of California, Riverside, have put forward the idea that retinal predated chlorophyll, and that the two evolved in tandem, absorbing sunlight at complementary wavelengths.

“Retinal-based phototrophic metabolisms are still prevalent throughout the world, especially in the oceans, and represent one of the most important bioenergetic processes on Earth,” DasSarma tells Astrobiology Magazine.

Chlorophyll absorbs light peaking at wavelengths of 465nm and 665nm. This is why leaves appear green, because they reflect green light rather than absorb it. However, the Sun’s spectrum peaks at ~550nm, which includes yellow and green light.

A number of proteins that absorb sunlight contain a molecule of retinal, including one protein called bacteriorhodopsin that absorbs light peaking at 568nm, close to the wavelength at which the Sun’s light peaks, and most notably in the range that chlorophyll does not absorb in. “This is exactly what got us thinking that the two pigments – retinal and chlorophyll – may have co-evolved,” says DasSarma, who argues that because retinal is the simpler molecule, it would have come first, with chlorophyll (which is more efficient at transforming sunlight into metabolic energy) evolving afterwards, with each filling different niches in terms of the light they absorb.

Experiments have shown that combining bacteriorhodopsin with a membrane vesicle to form the equivalent of a biological proto-cell can effectively result in trapping and storing sunlight in a cell. “It makes sense that this was a very early evolutionary invention coinciding with the evolution of the first cells,” says DasSarma.“Using the energy-trapping capability of the cell membrane, the membrane potential [the difference in electrical potential between inside and outside the cell, allowing the cell to provide energy] may represent one of the most important reasons why cells are the fundamental unit of life.” 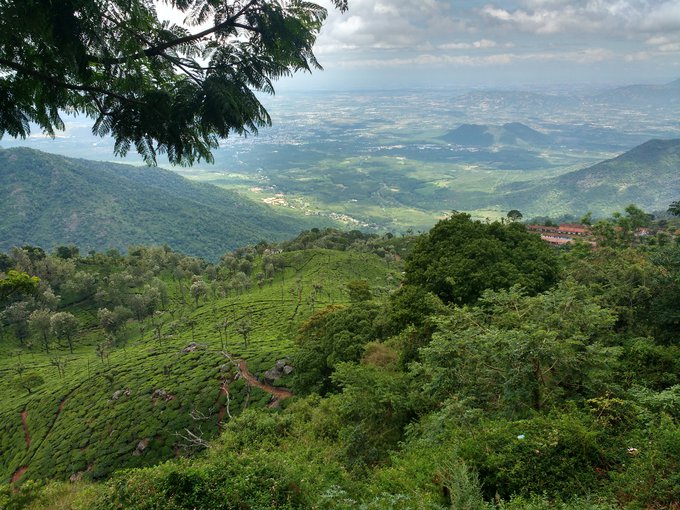 Because vegetation on Earth absorbs red light, but reflects infrared light, viewing vegetation using a spectroscope reveals a dramatic dip in reflected light at red wavelengths, a sudden decrease that is called the ‘red edge’. It has been suggested that when probing the spectrum of light reflected from potentially habitable exoplanets, scientists could search for a red edge in the planet’s light, which would be a biosignature indicative of vegetation using chlorophyll, or its extraterrestrial equivalent.

Intriguingly, since retinal pigments absorb green and yellow light, and reflect or transmit red and blue light, then retinal-based life would appear purple in color. DasSarma and Schwietermandescribe such a stage in Earth’s history as a ‘Purple Earth’. Because retinal is a simpler molecule than chlorophyll, then it could be more commonly found in life in the Universe, and therefore a ‘green edge’ in a planet’s spectrum could potentially be a biosignature for retinal-based life.

“This is another reference point in a library of potential biosignatures that we can search for elsewhere,” says Schwieterman.