About Image
A Sun-grazing comet imaged by the joint NASA–ESA Solar and Heliospheric Observatory (SOHO) mission.SOHO (ESA/NASA)
The existence of exocomets around older stars may indicate the presence of unseen gas giant outer planets.NASA/FUSE/Lynnette Cook
May 7, 2019
Research Highlight

The Tricky Business of Finding Exocomets

A citizen scientist named Tom Jacobs, who is a businessman by day and a planet-hunter at night, has discovered two stars with strange dips in their light that are probably hosts to ‘exocomets’, i.e. comets that orbit stars other than our Sun. If confirmed, then these will be the first “star-grazing” exocomets to be found.

Star-grazing exocomets are similar to the Sun-grazing comets in our own Solar System whose orbits take them extremely close to the Sun, such as comet ISON in 2013. More importantly, the presence of star-grazing comets has implications for habitability, as it indicates a possibility of undetected outer gas giants, which have the ability to perturb the orbits of comets and direct them star-wards, where they can sometimes collide with planets, perhaps causing extinctions but also seeding them with water and other essential elements. 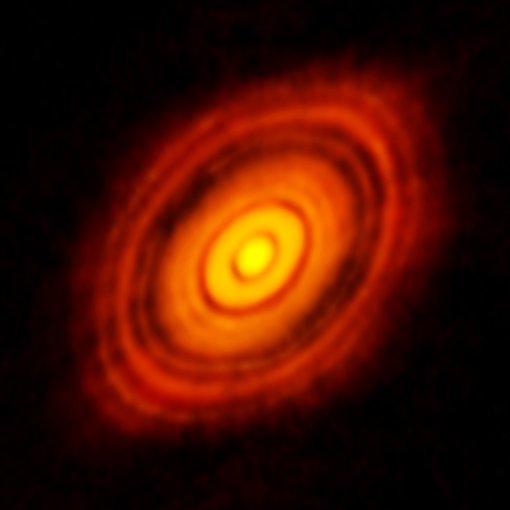 Comets are small icy objects that can be considered fossils of the Solar System because they are unaltered remnants of the original protoplanetary disk from which our Solar System formed. They are made of loosely bound ice, dust, and rock and, despite their small size comet nuclei are typically between 1– 60 kilometers (0.6–37 miles) across, but when they travel near the Sun, solar heating can cause them to expel dust and gas, forming tails that can extend up to 15 times the diameter of the Earth. Although there are thousands of comets, we really only notice them when they grow their tails; the rest of the time, they are small, inactive objects.

It’s the large size of their tails that allows exocomets to be detected around other worlds, particularly by NASA’s Kepler spacecraft and its K2 mission. Just as the spacecraft used the transit method to confirm the detection of over 2600 exoplanets (with more than 2400 still waiting to be confirmed) as they passed in front of their star, Kepler could also detect comets in the same manner, as their tails transit their host star and cause a distinctive dip in the star’s light.

Most candidate exocomets have been detected around young, large stars. Dr Megan Ansdell, a Postdoctoral Fellow at the Center for Integrative Planetary Sciences (CIPS) at the University of California, Berkeley, studies protoplanetary disks and exoplanet formation and has previously researched ‘dipper‘ stars – young stars whose light is regularly dimmed by large dusty structures orbiting in surrounding protoplanetary disks, causing dips, causing a distinctive ‘dip’ in a star’s light. 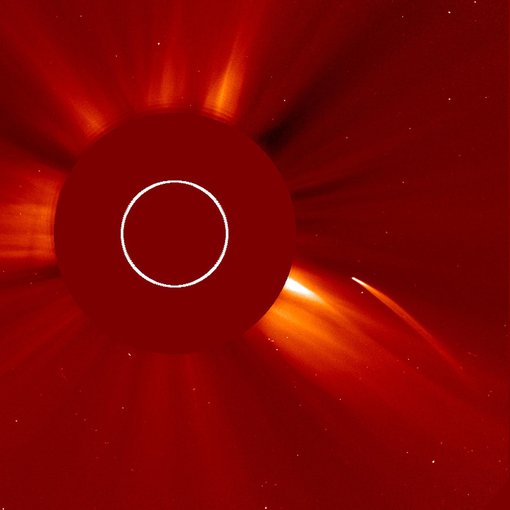 Because of her work with dipper stars, Ansdell was approached by citizen scientist Tom Jacobs. Jacobs, who is part of a small collaboration of veteran astronomers, has personally looked at the light curves of all the stars observed by Kepler (~150,000 stars) twice, as part of a citizen science campaign on the Planet Hunters website to search through thousands of light curves and look for anything out of the ordinary that might indicate a transiting object such as a planet. Jacobs, in addition to looking at Kepler data, has looked through all of the 390,000 stars observed by K2 (Kepler’s second mission following the early end of its primary mission) three times and is now looking through TESS (Transiting Exoplanet Survey Satellite) data.

“I’ll find something irregular in about 1 in 20,000 light curves,” says Jacobs. While sifting through the data, he found two stars with irregularly shaped dips that did not have periodic intervals, as would be expected from an orbiting exoplanet. The dips were tiny. According to Ansdell, “If you were to look at the light curves, you wouldn’t even notice them, it really requires a highly-trained eye.” Because they only dim the stars’ light by 1% and 0.1% respectively, they have been dubbed ‘little dipper’ stars.

The previous detections of twenty or so dipper stars were in young systems that still had large disks full of gas and dust. However, the little dippers discovered by Jacobs were different because they were older systems that show no signs of a protoplanetary disk after follow up investigations with ground-based telescopes. Dips like this had not previously been seen around older stars since they have blown away much of their interplanetary dust. In fact, little dipper events are quite anomalous. “It is surprising how rare these are,” says Ansdell. 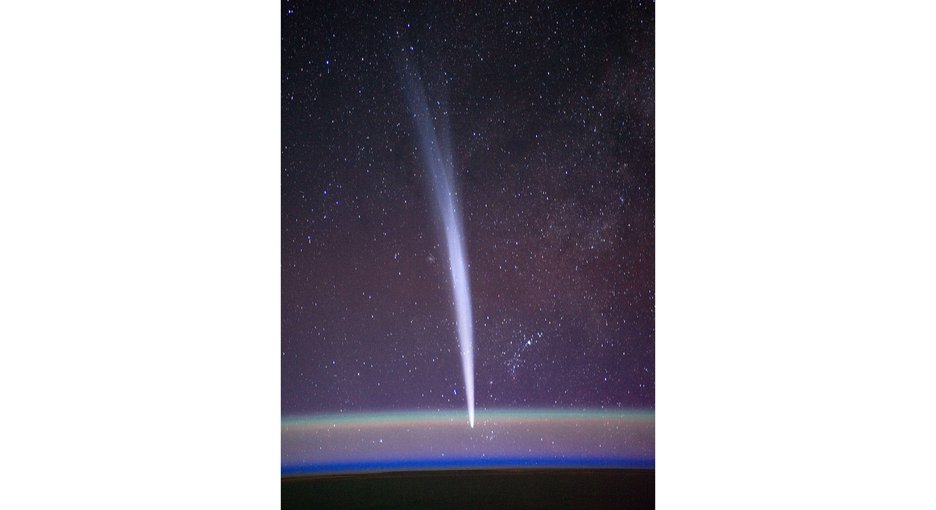 Ansdell and her team of astrophysicists attempted to decipher what these little dippers are, and their results are published in Monthly Notices of the Royal Astronomical Society. After ruling out instrumentation errors or data processing artefacts, a detailed analysis of the shapes of the dips suggested that the little dippers are likely caused by star-grazing comets, analogous to comet ISON, as well as the 2011 sun-grazing comet, C/2011 W3 Lovejoy.

“If you look at the shape of the dips, one side is steep,” says Ansdell. “When you see a steep ingress and then a slow egress, it indicates that there is some sort of trailing tail. When you see the opposite, there’s potentially a leading tail.”

These probable exocomet transiting events are difficult for computer algorithms to detect because their dips aren’t periodic and they don’t have the standard ‘exoplanet’ dip shape. Jacobs, a self-proclaimed ‘treasure hunter for light curves’, is now an expert at scanning light curves by eye and analyzing the data of a star in a few minutes.

“You can see things that computers aren’t trained to see,” says Jacobs. He signed up to sort through the data and was familiar with the shape of the dip caused by exocomets. “I had [previously] flagged some exocomets in the Kepler field,” he says, “We kind of knew what they looked liked.” It was only on the second time scanning through the 20,000 stars of K2 data that he noticed the two ‘little dippers’.”

The presence of exocomets around these older stars, where objects should be on more stable orbits unless perturbed by something, means that they are potentially harbouring outer gas giant planets like Jupiter. Sun-grazing comets in our Solar System are the result of gravity perturbations by the gas giants in the outer Solar System flinging the comets onto eccentric orbits that graze the Sun (and sometimes even fall into the Sun, where they are vaporized). However, detecting outer planets around other stars is difficult because of the long timescales of their orbits and the requirement for multiple periodic detections to confirm their existence. 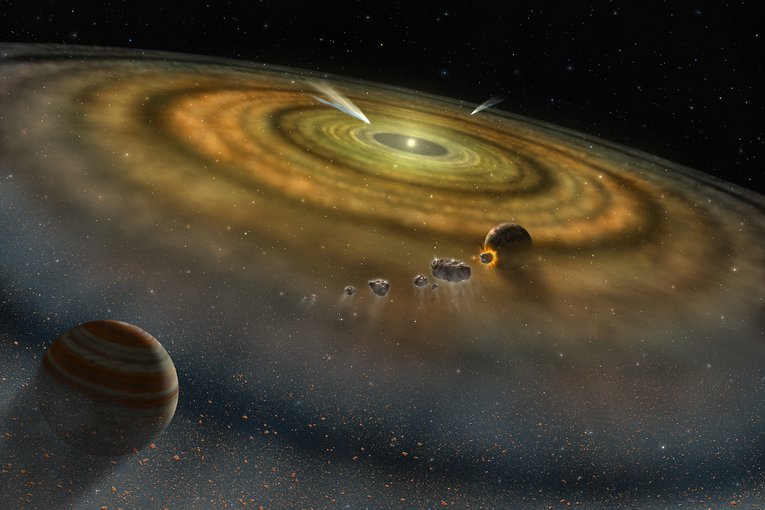 The existence of exocomets around older stars may indicate the presence of unseen gas giant outer planets.Image credit: NASA/FUSE/Lynnette Cook.

If you are interested in becoming a citizen scientist and searching through light curves from Kepler and TESS, please check out the Planet Hunters website and a lightcurve viewer website.

The work was supported by the Nexus for Exoplanet System Science (NExSS). NExSS is a NASA research coordination network supported by the NASA Astrobiology Program. This program element is shared between NASA’s Planetary Science Division (PSD) and the Astrophysics Division.