The Legos of Life 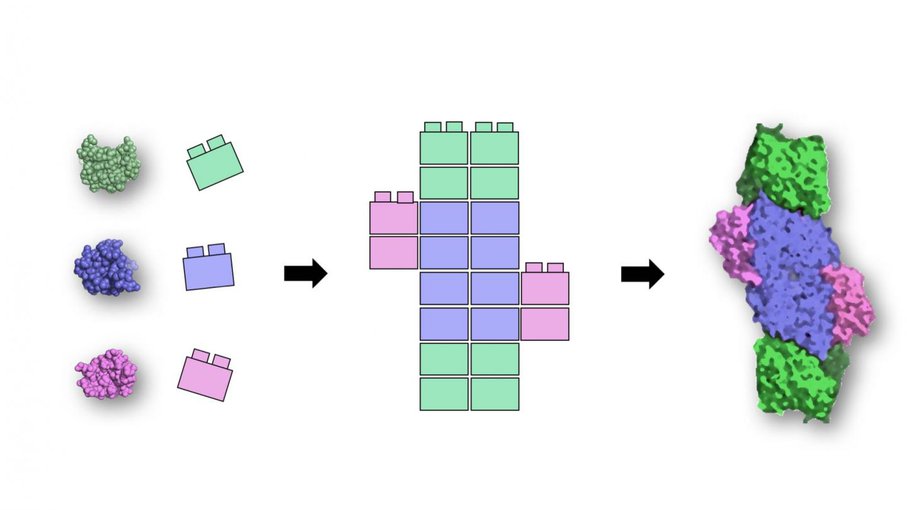 A small set of simple protein building blocks (left) likely existed at the earliest stages of life's history. Over billions of years, they were assembled and repurposed by evolution into complex proteins (right) that are at the core of modern metabolism.Image credit: Vikas Nanda/Rutgers Robert Wood Johnson Medical School.

Researchers at Rutgers University have identified four core chemical structures that can be used to build the proteins found inside every known living organism on Earth. The discovery was made by dissecting 9,500 different proteins in order to examine their component parts. The team identified four structural modules in the family of proteins known as oxidoreductases. These molecules contain transition-metal cofactors, and are critical for electron transfer in living cells. The researchers describe the structural modules as “building blocks” of life that have experienced only modifications over geologic timescales.

Ancient proteins on Earth may have been essential to the origin and evolution of life some 4 billion years ago, but these molecules did not leave any kind of ‘fossil record’ for scientists to study today. Instead, researchers start with modern proteins and attempt to work backwards through time by picking the molecules apart and trying to determine how they have been altered over billions of years.

The paper, “Modular origins of biological electron transfer chains,” was published in the Proceedings of the National Academy of Sciences of the United States of America (PNAS).