The Kepler Space Telescope Mission Is Ending But Its Legacy Will Keep Growing.

The Kepler Space Telescope is dead. Long live the Kepler.

NASA officials announced on Tuesday that the pioneering exoplanet survey telescope — which had led to the identification of almost 2,700 exoplanets — had finally reached its end, having essentially run out of fuel. This is after nine years of observing, after a malfunctioning steering system required a complex fix and change of plants, and after the hydrazine fuel levels reached empty.

While the sheer number of exoplanets discovered is impressive the telescope did substantially more: it proved once and for all that the galaxy is filled with planets orbiting distant stars. Before Kepler this was speculated, but now it is firmly established thanks to the Kepler run.

It also provided data for thousands of papers exploring the logic and characteristics of exoplanets. And that’s why the Kepler will indeed live long in the world of space science.

“As NASA’s first planet-hunting mission, Kepler has wildly exceeded all our expectations and paved the way for our exploration and search for life in the solar system and beyond,” said Thomas Zurbuchen, associate administrator of NASA’s Science Mission Directorate in Washington.

“Not only did it show us how many planets could be out there, it sparked an entirely new and robust field of research that has taken the science community by storm. Its discoveries have shed a new light on our place in the universe, and illuminated the tantalizing mysteries and possibilities among the stars.” 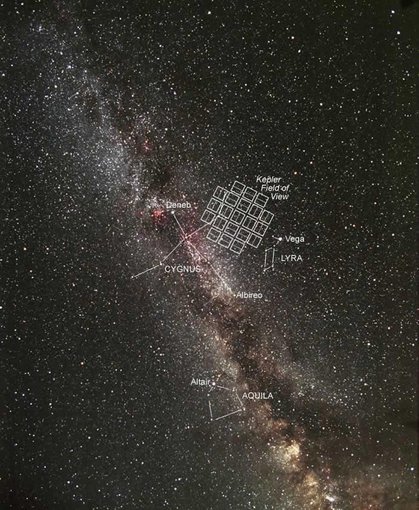 The Kepler Space Telescope was focused on hunting for planets in this patch of the Milky Way. After two of its four spinning reaction wheels failed, it could no longer remain steady enough to stare that those distant stars but was reconfigured to look elsewhere and at a different angle for the K2 mission.Image credit: Carter Roberts / Eastbay Astronomical Society.

Kepler was initially the unlikely brainchild of William Borucki, its founding principal investigator who is now retired from NASA’s Ames Research Center in California’s Silicon Valley.

When he began thinking of designing and proposing a space telescope that could potentially tell us how common distant exoplanets were — and especially smaller terrestrial exoplanets like Earth – the science of extra solar planets was at a very different stage.

“When we started conceiving this mission 35 years ago we didn’t know of a single planet outside our solar system,” Borucki said. “Now that we know planets are everywhere, Kepler has set us on a new course that’s full of promise for future generations to explore our galaxy.”

The space telescope was launched in 2009. While Kepler did not find the first exoplanets — that required the work of astronomers using a different technique of observing based on the “wobble” of stars caused by orbiting planets — it did change the exoplanet paradigm substantially.

Not only did it prove that exoplanets are common, it found that planets outnumber stars in our galaxy (which has hundreds of billions of those stars.)

In addition it found that small, terrestrial-size planets are common as well, with some 20 to 50 percent of stars likely to have planets of that size and type. And what menagerie of planets it found out there. 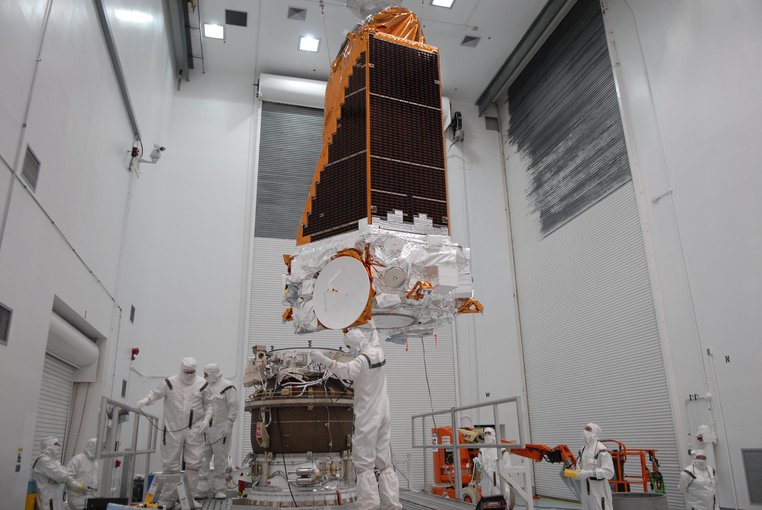 Among the greatest surprises: The Kepler mission provided data showing that the most common sized planets in the galaxy fall somewhere between Earth and Neptune, a type of planet that isn’t present in our solar system.

It found solar systems of all sizes as well, including some with many planets (as many as eight) orbiting close to their host star.

The discovery of these compact systems, generally orbiting a red dwarf star, raised questions about how solar systems form: Are these planets “born” close to their parent star, or do they form farther out and migrate in?

So far, more than 2,500 peer-reviewed papers have been published using Kepler data, with substantial amounts of that data still unmined.

Natalie Batalha was the project and mission scientist for Kepler for much of its run, and I asked her about its legacy.

“When I think of Kepler’s influence across all of astrophysics, I’m amazed at what such a simple experiment accomplished,” she wrote in an email. “You’d be hard-pressed to come up with a more boring mandate — to unblinkingly measure the brightnesses of the same stars for years on end. No beautiful images. No fancy spectra. No landscapes. Just dots in a scatter plot.

“And yet time-domain astronomy exploded. We’d never looked at the Universe quite this way before. We saw lava worlds and water worlds and disintegrating planets and heart-beat stars and supernova shock waves and the spinning cores of stars and planets the age of the galaxy itself… all from those dots.” 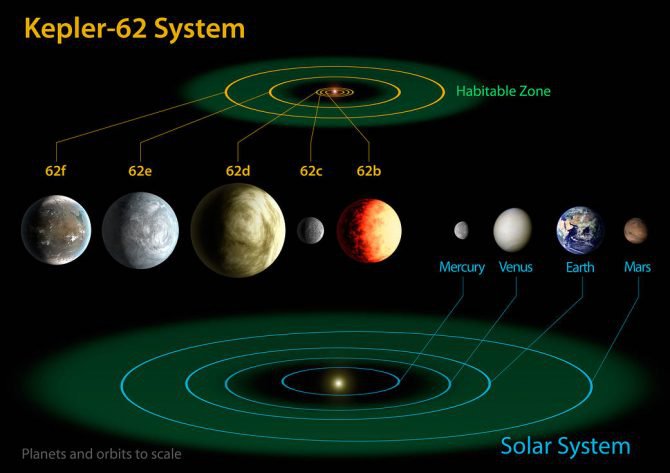 The Kepler-62 system is put one of many solar systems detected by the space telescope. The planets within the green discs are in the habitable zones of the stars — where water could be liquid at times.Image credit: NASA.

While Kepler provided remarkable answers to questions about the overall planetary makeup of our galaxy, it did not identify smaller planets that will be directly imaged, the evolving gold standard for characterizing exoplanets. The 150,000 stars that the telescope was observing were very distant, in the range of a few hundred to a few thousand light-years away. One light year is about 6 trillion (6,000,000,000,000) miles.

Kepler made its observations using the the transit technique, which looks for tiny dips in the amount of light coming from a star caused by the presence of a planet passing in front of the star. While the inference that exoplanets are ubiquitous came from Kepler results, the telescope was actually observing but a small bit of the sky. It has been estimated that it would require around 400 space telescopes like Kepler to cover the whole sky.

What’s more, only planets whose orbits are seen edge-on from Earth can be detected via the transit method, and that rules out a vast number of exoplanets.

The bulk of the stars that were selected for close Kepler observation were more or less sun-like, but a sampling of other stars occurred as well. One of the most important factors was brightness. Detecting minuscule changes in brightness caused by transiting planet is impossible if the star is too dim. 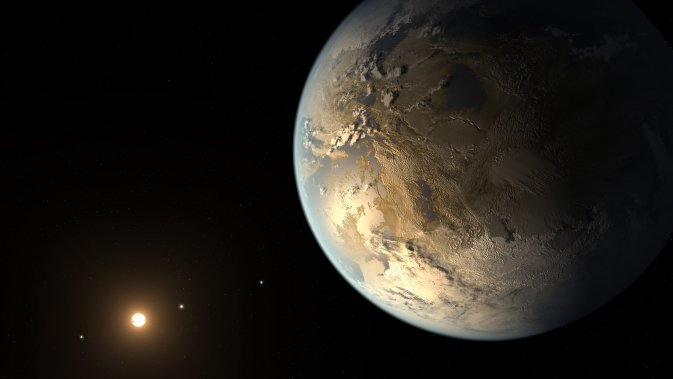 Four years into the mission, after the primary mission objectives had been met, mechanical failures temporarily halted observations. The mission team was able to devise a fix, switching the spacecraft’s field of view roughly every three months. This enabled an extended mission for the spacecraft, dubbed K2, which lasted as long as the first mission and bumped Kepler’s count of surveyed stars up to more than 500,000.

But it was inevitable that the mission would come to an end sooner rather than later because of that dwindling fuel supply, needed to keep the telescope properly pointed.

Kepler cannot be refueled because NASA decided to place the telescope in an orbit around the sun that is well beyond the influence of the Earth and moon — to simplify operations and ensure an extremely quiet, stable environment for scientific observations. So Kepler was beyond the reach of any refueling vessel. The Kepler team compensated by flying considerably more fuel than was necessary to meet the mission objectives.

The video below explains what will happen to the Kepler capsule once it is decommissioned. But a NASA release explains that the final commands “will be to turn off the spacecraft transmitters and disable the onboard fault protection that would turn them back on. While the spacecraft is a long way from Earth and requires enormous antennas to communicate with it, it is good practice to turn off transmitters when they are no longer being used, and not pollute the airwaves with potential interference.”

And so Kepler will actually continue orbiting for many decades, just as its legacy will continue long after operations cease.

Kepler’s follow-on exoplanet surveyor — the Transiting Exoplanet Survey Satellite or TESS — was launched this year and has begun sending back data. Its primary mission objective is to survey the brightest stars near the Earth for transiting exoplanets. The TESS satellite uses an array of wide-field cameras to survey some 85% of the sky, and is planned to last for two years.