The Interplay of Continental Evolution, Plate Tectonics, and Evolution of Life 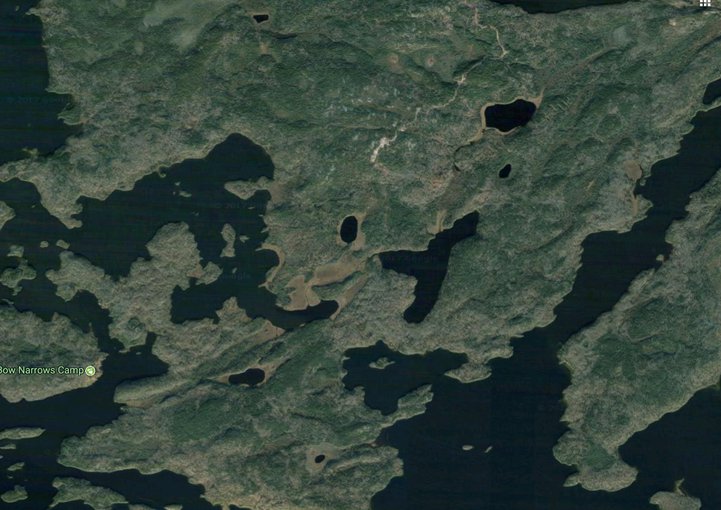 Satellite view of the Red Lakes region in Ontario, Canada with four of the sampling areas from the UW-Madison study of Sr isotope compositions of Archaen carbonates. Image source: Google Maps

As the complexity and diversity of life on Earth keeps getting pushed further back in time with more and more data from the geologic record, the issue of the role of continents in the evolution of the early biosphere has become increasingly prominent. Are emergent continents required for life’s origin? Are nutrients such as P dependent on exposure of evolved continental crust? Are the ecological niches provided by extensive continental shelves required for a diverse ecosystem?

Their results show that emergent and evolved (granitic) continental crust was extensive since at least 3.2 Ga. When considered along with geochemical, metamorphic, and thermal models for crustal evolution, this time period likely coincides with the initiation of modern-style plate tectonics, highlighting the intimate linkages that exist between plate tectonics, continental evolution, and the biosphere in the Archean Earth. Although it has been said that early life simply “enjoyed” continental crust and plate tectonics, the convergence of multiple lines of evidence suggests a more important role for solid-Earth processes in the evolution of the biosphere than previously thought.

The research was funded by the NASA Astrobiology Institute and the National Science Foundation, with support from the Natural Sciences and Engineering Research Council of Canada.