The Case Strengthens for Planet 9 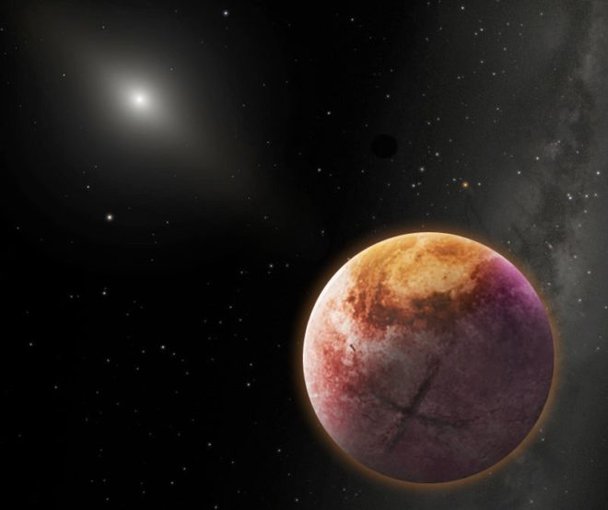 The race is on to find the giant planet that several teams of astronomers are convinced orbits far out beyond Pluto, but is nonetheless still part of our Solar System. Proving the existence of what has become known as Planet X, or Planet 9, would be a discovery for the textbooks and would inevitably change our understanding of how our Solar System was formed.

The technology and luck needed to image the planet (if it truly is there) has thus far fallen short, but the discovery of another set of distant solar system objects traveling in surprising orbits has added to the indirect findings that point to a massive planet in the general vicinity.

The new findings come from Scott Shepard of the Carnegie Institution for Science and Chadwick Trujillo of Northern Arizona University, who provided some of the first intriguing inklings that this distant planet might exist in our solar system two years ago. That information was subsequently expanded by others into a full-blown theory.

“What we’ve just released is data on the first extreme objects since the reports of a theorized Planet 9, and they show the same clustering and orbiting patterns that we think are likely caused by a major planet,” Sheppard said.

“This continues the trend of finding these objects — small dwarf planets or maybe icy objects — that were pushed into similar orbits in ways we think only planets can do.”

“We need more,” he said. “but the evidence is mounting, and at this point I’d say there’s an 80 percent likelihood that the planet is there.”

Some call the potential celestial object Planet X and some call it Planet 9 — as in, the ninth planet in our solar system now that Pluto has been demoted to a dwarf planet. But by any name, the interest is clearly high. The work underway by Sheppard and colleague Chadwick Trujillo of Northern Arizona University on distant solar system dynamics and orbits is supported by NASA, the National Science Foundation, the Department of Energy, as well as the Carnegie Institution.