The Abundance of Ammonia-Oxidizing Archaea in the Deep Biosphere 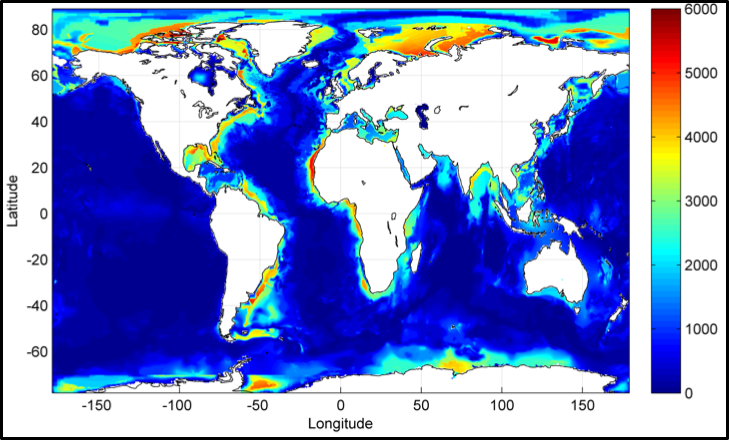 About seventy percent of the Earth is covered in ocean. The seafloor is a covered in unconsolidated sediment made up of a wide range of organic matter, minerals, and chemistries. The habitable portions of ocean sediment provide living space for a large community of microorganisms.Image credit: Amend and LaRowe.

A recent study could explain why Ammonia-oxidizing archaea (AOA) might be one of the most dominant and abundant organisms in Earth’s ‘deep biosphere.’ On Earth, the ocean floor harbors large communities of microorganisms. Deep underwater, marine sediments are estimated to contain more than 1029 cells (1 nonillion). This enormous population of organisms sits below the oceans and is part of what is referred to as the “deep biosphere.”

Astrobiologsts studied samples of subseafloor sediments in the North Atlantic Ocean. These sediments were deposited over millions of years and are dominated by Ammonia-oxidizing archaea (AOA). The metabolism of AOA includes ammonia oxidation, mixotrophic utilization of organic nitrogen, deamination, and the use of an energetically efficient carbon fixation cycle (chemolithoautotrophic hydroxypropionate/hydroxybutyrate carbon fixation).

Researchers observed that the abundance of AOA populations correlated with rates of nitrification. AOA are able to remove an amino group (deamination) from organic nitrogen, which is then followed by the oxidation of ammonia to provide additional energy for carbon fixation. The team posits that this metabolic strategy reduces energy loss, helping AOA survive in an environment that is starved of energy. This has allowed AOA to outcompete other organisms for millions of years of Earth’s history.

The study, “Archaea dominate oxic subseafloor communities over multimillion-year time scales,” was published in the journal Science Advances. The work was supported by NASA Astrobiology through the Exobiology Program.

Related
Thermal Variation and Habitability of the Earth’s Seafloor