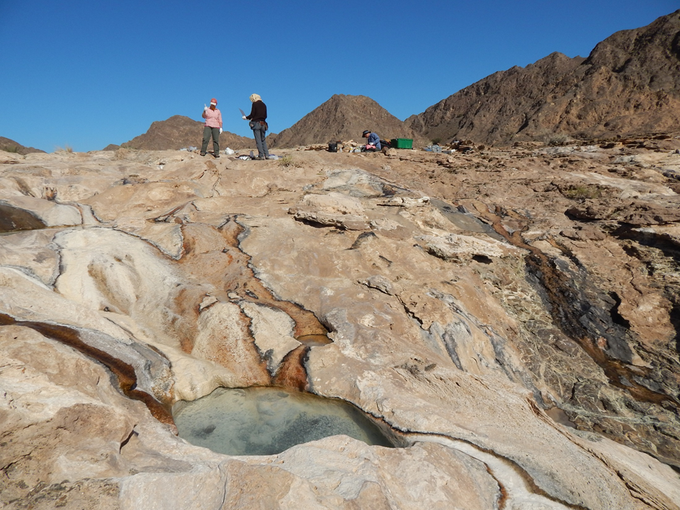 The research team studied microorganisms that live in the sediment beneath pools of fluids that have been involved in a process known as serpentinization. This is a geological process by which rocks are altered when they interact with water. At the site in Oman, serpentinization leaves behind hypersaline fluids rich in hydrogen. The team was able to map the distribution of microorganisms living along the gradient of hydrogen produced in the environment.

The study, “Energetically Informed Niche Models of Hydrogenotrophs Detected in Sediments of Serpentinized Fluids of the Samail Ophiolite of Oman,” was published in the journal JGR Biogeosciences.

A press release concerning this research is available from Arizona State University (ASU) at: https://news.asu.edu/20220425-scientists-study-microorganisms-earth-gain-insight-life-other-planets