Support for a Catastrophic Formation of the Moon 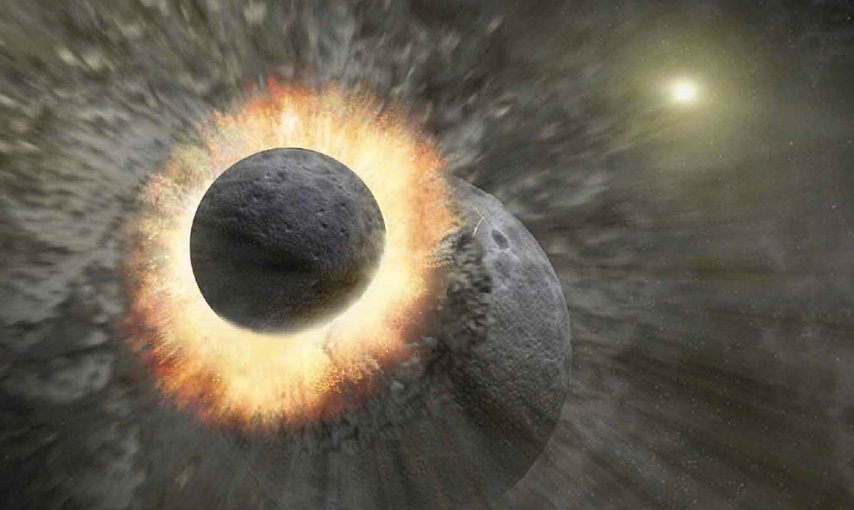 Scientists studying a volatile-rich Moon-rock are providing new information about how the Earth and the Moon formed and evolved. By examining “Rusty Rock” 66095, the team has shown that the interior of the Moon is likely to be significantly depleted in volatile elements, and that volatile-rich rocks on the lunar surface were formed through a process known as vapour condensation. The depletion of volatiles in the Moon’s interior is consistent with the idea that the Moon was ‘catastrophically’ formed; for instance, as the result of a giant impact with the early Earth.

The study, “Late-stage magmatic outgassing from a volatile-depleted Moon,” was published in The Proceedings of the National Academy of Sciences of the United States (PNAS). The work was supported through NASA’s Emerging Worlds Program. NASA Astrobiology provides resources for this and other Research and Analysis programs within the NASA Science Mission Directorate (SMD) that solicit proposals relevant to astrobiology research