About Image
Expedition 43 Flight Engineer Samantha Cristoforetti took a series of photographs of the March 20, 2015 solar eclipse from the International Space Station.ESA/NASA
These launch locations of the balloon teams follow the arch of the total solar eclipse.MicroStrat
Aug. 18, 2017
Research Highlight

On August 21, as North America experiences its first total eclipse of the Sun in 38 years, astrobiologists are taking advantage of this rare celestial event to conduct experiments on life’s ability to survive hostile conditions.

Dozens of balloons, outfitted with cameras, will be launched into space across the path of totality — the zone stretching from Charleston, South Carolina to the coast of Oregon where the Moon will appear to completely eclipse the Sun. The Eclipse Ballooning Project — a citizen science project using 55 teams, including college, high school and middle school students and ballooning groups — will for the first time capture video and images of the total eclipse from near space, with the footage displayed live at the site http://eclipse.stream.live. Additional information is available at: https://eclipse2017.nasa.gov. 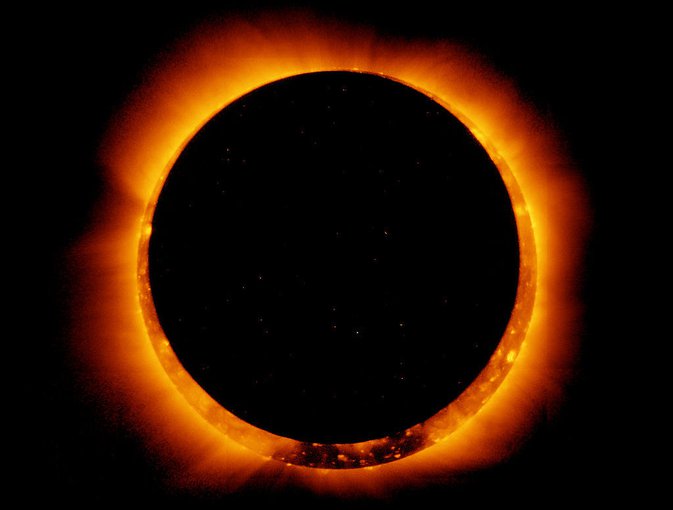 “From a high-altitude balloon, one can see the blackness of space, almost like what you could see from the International Space Station,” said the project leader, Angela Des Jardins, a solar physicist at Montana State University, which initiated the project.

Flying at roughly 100,000 feet (30,000 meters), the balloons are expected to make it into the stratosphere, where scientists will gather data on Earth’s atmospheric response to the eclipse shadow in an effort to inform atmospheric models. And with the Moon blocking the solar disk, cameras will be able to more clearly capture images of the Sun’s normally obscured corona, or atmosphere. 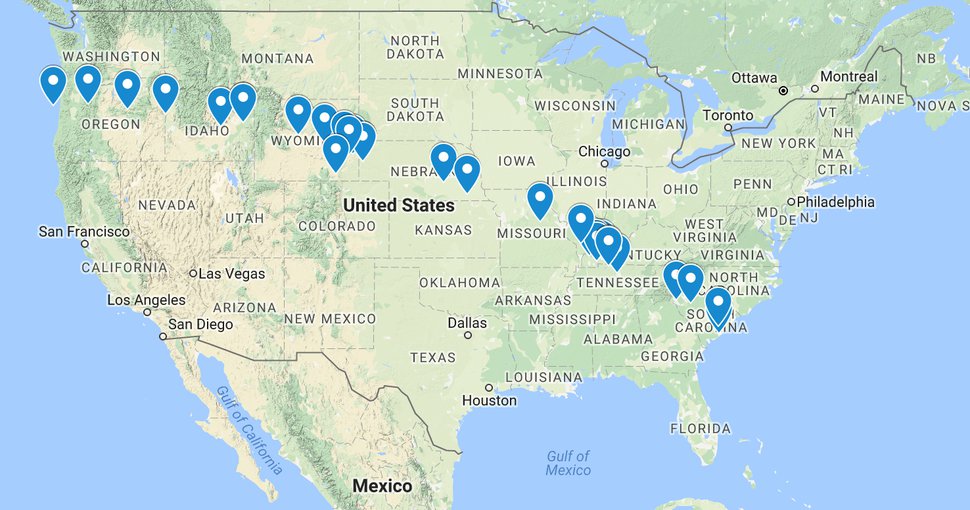 These launch locations of the balloon teams follow the arch of the total solar eclipse.Image credit: MicroStrat.

Additionally, the balloons will face extreme conditions similar to the surface of Mars. As such, David J. Smith, a microbiologist at NASA Ames Research Center in Mountain View, California, and his colleagues at NASA’s Jet Propulsion Laboratory and Cornell University are piggybacking astrobiology experiments onto the project to test life’s ability to survive Mars-like conditions.

“A lot of astrobiology research — simulating, for instance, Mars’ surface conditions — is done on Earth’s surface in extreme environments like the Dry Valleys of Antarctica,” Smith said. “Those are great places to research astrobiology. However, when you work on the surface of the Earth, you have a substantial layer of ozone above you that protects from ultraviolet radiation that is really deadly to life. On Mars, you don’t have that. When you go up to Earth’s stratosphere, you can get a variety of conditions that are more like Mars, such as low-wavelength ultraviolet radiation, ultra-low temperatures, absence of water, and a rarefied atmosphere.” 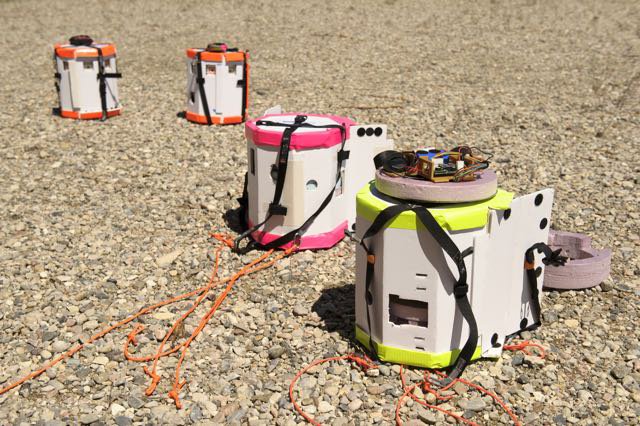 The balloons will carry sensors and a thin, lightweight aluminum strip called a “coupon.” The rectangular coupons each weigh less than a gram and are about the size of three postage stamps. They are coated with a thin film containing sticky spores of the bacterium Paenibacillus xerothermodurans, originally recovered from the dirt outside NASA’s Kennedy Space Center in the 1970s.

“This bacterial strain is harmless to the environment and to humans. Nothing hazardous is going to be hovering over our heads,” Smith assured. 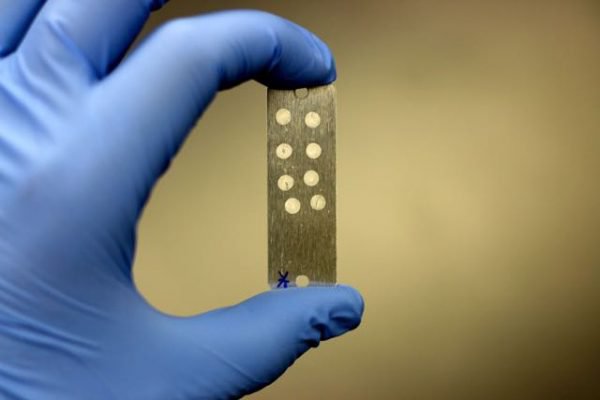 The scientists are experimenting with P. xerothermodurans because it is highly resistant to environmental extremes, including high temperatures and ultra-dry conditions. By attaching the microbial coupons onto the balloons, the researchers hope to see life’s response to the kinds of extremes seen on the surface of Mars and other distant locales.

“Critics of this work might ask, ‘Why not just do this research in an environmental simulation chamber?‘” Smith said. “But there is no way to simulate all the complexity and wavelengths of sunlight. We can use our work in Earth’s atmosphere to hopefully help verify the findings we get in simulation chambers.”

Thirty-four teams from across the United States will fly these bacteria. “All they need to do is mount coupons on the outside of their balloons,” Smith said. They can participate in this research without a lot of effort.” 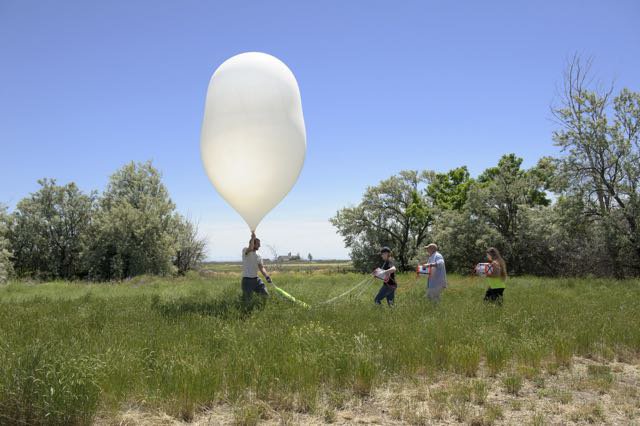 MSU Eclipse Ballooning Project team members prepare to launch a high-altitude balloon during a June test flight in Idaho. During the August 21, 2017 solar eclipse, teams across the nation will live-stream video footage of the eclipse.Image credit: Montana State University.

The sensors placed on the balloons will vary by teams, but include temperature and humidity we well as radiometers to measure the amount of radiation such as ultraviolet light that they are exposed to, Smith said.

After the balloons land, the researchers will see how many bacteria survived on the coupons. They can then compare survival rates with sensor data to see how the microbes responded to various conditions in the stratosphere.

“I think we’ll have bacterial survivors in these experiments,” Smith said. “I’m consistently surprised by the resilience of life — the ability of life to linger in conditions we consider extreme is humbling.”