Raining Tears from an Impact Event 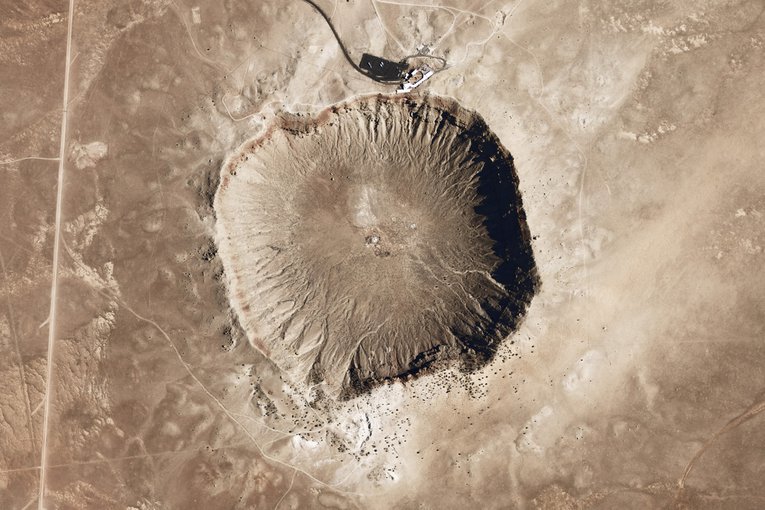 A recent study supported in part by the NASA Astrobiology Program is helping scientists better understand the formation of tektites. When an object from space comes crashing into the Earth, the impact releases large amounts of energy that can leave visible scars on the planet’s surface. One such marker of an impact is the formation of tektites. These geological features are millimeter- to centimeter-sized glassy objects. They are formed under high temperature and pressure, and are blasted out from the point of impact, showering the surrounding area. After tektites are ejected into the air, they cool as they fall back to the ground. This can result in many tektites being shaped like tears or rain drops.

Astrobiologists study tektites to better understand impact events. The size and shape of a tektite strewn field can yield clues about the magnitude and angle of an impact. Tektites are also formed from materials melted and vaporized by an impact, and studying their composition can help scientists determine the behavior of volatile elements during these catastrophic planetary events.

In the recent study, astrobiologists examined the behavior of moderately volatile elements (potassium (K), zinc (Zn), and copper (Cu)) in tektites from three different locations. The results indicate that Cu and Zn were more easily vaporized than K in the sites examined. The study provides new constraints on the formation of tektites, and helps to explain why many tektites are extremely depleted in water and volatiles.

The study, “Implications of K, Cu and Zn isotopes for the formation of tektites,” was published in the journal Geochimica et Cosmochimica Acta. This work was supported by the Emerging Worlds Program. The NASA Astrobiology Program provides resources for Emerging Worlds and other Research and Analysis programs within the NASA Science Mission Directorate (SMD) that solicit proposals relevant to astrobiology research. This research is a critical part of NASA’s work to understand the Universe, advance human exploration, and inspire the next generation. As NASA’s Artemis program moves forward with human exploration of the Moon, the search for life on other worlds remains a top priority for the agency.