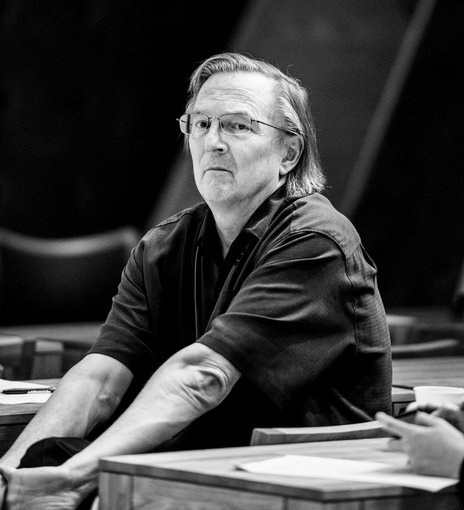 Jack Szostak, Nobel laureate and pioneering researcher in the origin of life field, was the featured speaker at a workshop at the Earth-Life Science Institute (ELSI) in Tokyo. One goal of his Harvard lab is to answer this once seemingly impossible question: Was the origin of life on Earth essentially straightforward and “easy,” or was it enormously “hard” and consequently rare in the universe? (Nerissa Escandar)

Sometimes tectonic shifts in scientific disciplines occur because of discoveries and advances in the field. But sometimes they occur for reasons entirely outside the field itself. Such appears to be case with origins-of-life studies.

Nobel laureate Jack Szostak was recently in Tokyo to participate in a workshop at the Earth-Life Science Institute (ELSI) on “Reconstructing the Phenomenon of Life to Retrace the Emergence of Life.”

The talks were technical and often cutting-edge, but the backstory that Szostak tells of why he and so many other top scientists are now in the origins of life field was especially intriguing and illuminating in terms of how science progresses.

Those ground-shifting discoveries did not involve traditional origin of life questions of chemical transformations and pathways. They involved exoplanets.

“Because of the discovery of all those exoplanets, astronomy has been transformed along with many other fields,” Szostak said after the workshop.

“We now know there’s a large range of planetary environments out there, and that has stimulated a huge amount of interest in where else in the universe might there be life. Is it just here? We know for sure that lots of environments could support life, and we also would like to know: Do they?

“This has stimulated much more laboratory-based work to try to address the origins question. What’s really important is for us to know whether the transition from chemistry to biology is easy and can happen frequently and anywhere, or are there one or many difficult steps that make life potentially very rare?”

In other words, the explosion in exoplanet science has led directly to an invigorated scientific effort to better understand that road from a pre-biotic Earth to a biological Earth—with chemistry that allows compounds to replicate, to change, to surround themselves in cell walls, and to grow ever more complex.

With today’s increased pace of research, Szostak said, the chances of finding some solid answers have been growing. In fact, he’s quite optimistic that an answer will ultimately be forthcoming to the question of how life began on Earth.

“The field is making real progress in understanding the pathway from pre-biotic chemistry to the earliest life,” Szostak told. “We think this is a difficult but solvable problem.”

And any solution would inevitably shed light on both the potential make-up and prevalence of extraterrestrial life.