Nitrogen in Ancient Rocks a Sign of Early Life

Nitrogen is one of the essential nutrients of life on Earth, with some organisms, such as the kinds of microbes found within the roots of legume plants, capable of converting nitrogen gas into molecules that other species can use.

Nitrogen fixation, as the process is called, involves breaking the powerful chemical bonds that hold nitrogen atoms in pairs in the atmosphere and using the resulting single nitrogen atoms to help create molecules such as ammonia, which is a building block of many complex organic molecules, such as proteins, DNA and RNA.

With organisms playing such a crucial role in the chemistry of nitrogen on Earth, scientists are examining nitrogen in billion-year-old rocks to decipher its potential as a bio-signature of life on other planets. New findings in this area of research appeared recently in the paper, “Nitrogen in Ancient Mud: A Biosignature?” in the journal Astrobiology. 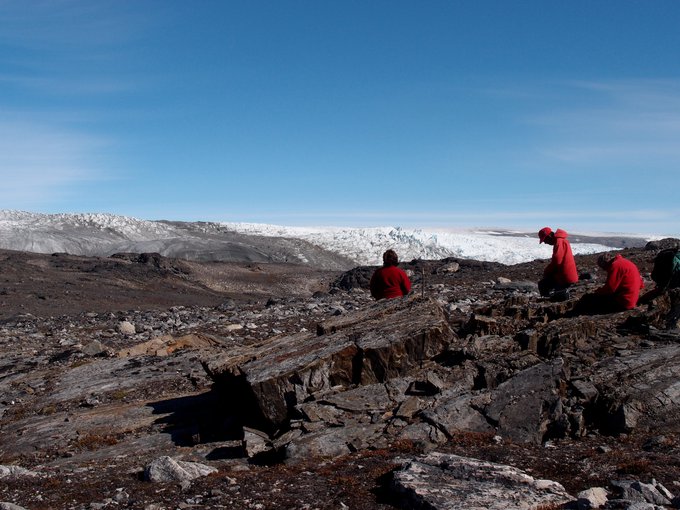 “This study identifies nitrogen abundances as a potential tool to detect remnants of life on Mars,” said one of the study’s authors, Eva Stüeken, an astrobiologist with the NASA Astrobiology Institute (NAI) teams at the University of Washington at Seattle and the University of California at Riverside.

However, there are mechanisms other than life that can fix nitrogen. These abiotic nitrogen fixation processes include lightning, volcanism, shockwaves from cosmic impacts and chemical reactions inside hydrothermal vents. As such, it is uncertain whether high nitrogen levels seen in certain ancient rocks on Earth are indeed biogenic (biological) in origin.

Stüeken focused on 3.8 billion-year-old rocks from the Isua Supracrustal Belt in Greenland. Previous researchers interpreted organic carbon molecules in those rocks as biogenic, a controversial finding because the widely accepted scientific date for earliest life has been a younger 3.5 billion years.

“It is possible to make organic carbon even in the absence of life,” Stüeken said. “So those studies have been viewed with skepticism by some researchers, and an independent biosignature was needed.”

Stüeken set out to see if nitrogen could serve as a biosignature instead, focusing on the relatively high nitrogen levels found in the mineral biotite, present in the Isua rocks. 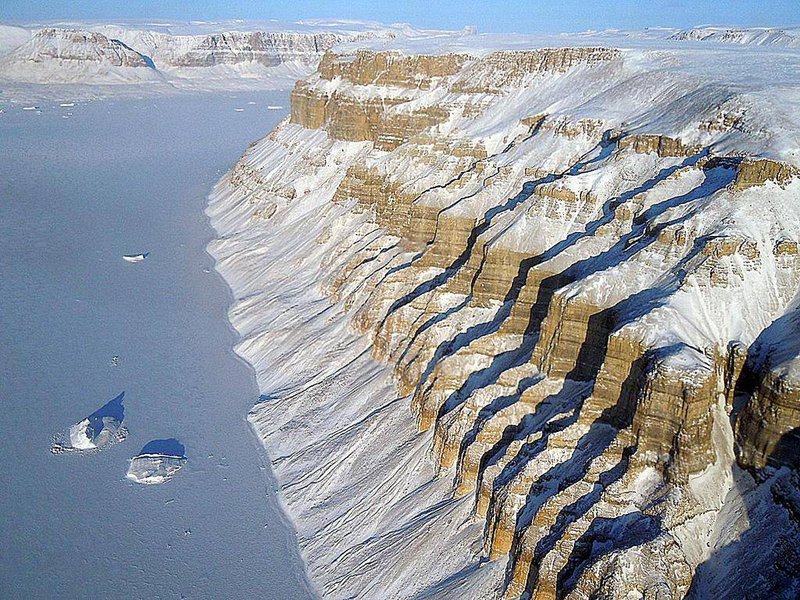 Deep canyons and over glaciers along the northwest coast of Greenland. Image Credit: NASA/Michael Studinger

“The nitrogen concentrations are close to what one would find in modern mud,” Stüeken said. “So I asked myself if this amount of nitrogen could possibly result from abiotic sources.”

In Earth’s earliest history, abiotic processes may have been much more important to nitrogen fixation than biological ones, but nobody had tested the hypothesis, Stüeken said. “I was determined to find out when life began to dominate the global nitrogen cycle,” she added.

Stüeken developed a model of abiotic nitrogen processes that could have played a role in early Earth. The results showed that such abiotic processes alone could not explain the nitrogen levels seen in the Isua rocks.

This research suggests that analyzing nitrogen levels could help detect signs of life on Mars, Stüeken said. “Nitrogen abundances are relatively easy to measure by a rover, making this a useful tool for upcoming Mars missions.”

This work was supported by the NASA Astrobiology Institute.