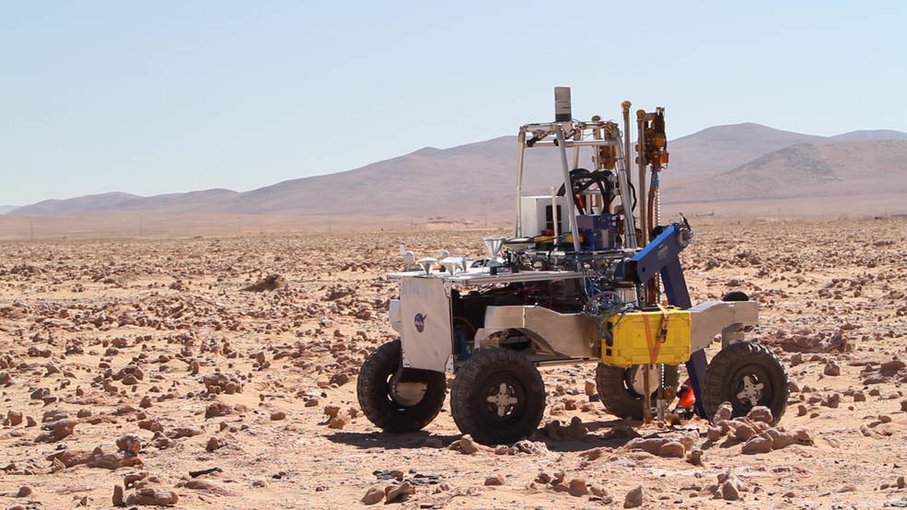 NASA has barely scratched the surface of Mars – literally. While past rovers have dug inches into the rusty soils of the Red Planet, NASA is testing out a drill that can go feet deep and operate autonomously with minimal human guidance. Probing that far down below the harsh Martian surface will reveal a world we’ve never seen up close before – one where scientists believe there’s a chance for life.

This month, NASA is putting this drill through its paces in the driest, most Mars-like place that exists on Earth – the Atacama Desert in Chile. This drill, developed in partnership with Honeybee Robotics, is attached to a rover carrying a suite of instruments. These tools can analyze the soil samples dug up by the rover and discover potential biosignatures of microbial life. This project, the Atacama Rover Astrobiology Drilling Studies, or ARADS, is an important demonstration of NASA’s readiness to one day take these technologies to Mars on other missions beyond the upcoming Mars 2020.

“ARADS is all about preparing NASA to search for life on Mars,” said Brian Glass, principal investigator for the ARADS program at NASA’s Ames Research Center in California’s Silicon Valley. “Developing the science instruments and robotics we’ll need is a big part of that, and so is figuring out how we actually run the mission. The best way to practice that is to go and do it here on Earth.” 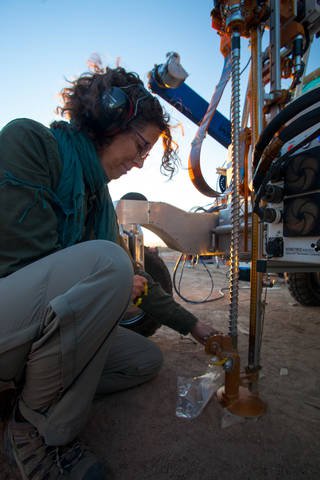 Preparing for Mars in the Driest Place on Earth

As NASA’s Artemis program prepares to return humans to the Moon by 2024, the agency has its longer term sights on Mars. Decades of robotic missions to Mars have shown that billions of years ago, Mars likely had oceans of water and a denser atmosphere – conditions that could have supported life.

Today, Mars’ surface is incredibly dry – with a thousand times less water than the driest parts of the Atacama. Glass and his team of engineers and scientists have travelled to the Atacama for the last four years to develop the capability to detect the remains of ancient life, or life that’s somehow eking out an existence underground.

This final deployment of the rover in the Atacama will test out its ability to conduct this complex science across the vast distance between Earth and Mars. A team of scientists are remaining at NASA Ames to operate a “mission control” room where they will analyze results from afar and then tell the rover where in the desert to dig. To pull this off, not only does NASA need a drill that can dig deeply, it needs to dig smartly.

Click here to read the full article from NASA Ames.

The work was supported through the Planetary Science and Technology from Analog Research (PSTAR) Program. NASA Astrobiology provides resources for PSTAR and other Research and Analysis programs within the NASA Science Mission Directorate (SMD) that solicit proposals relevant to astrobiology research.