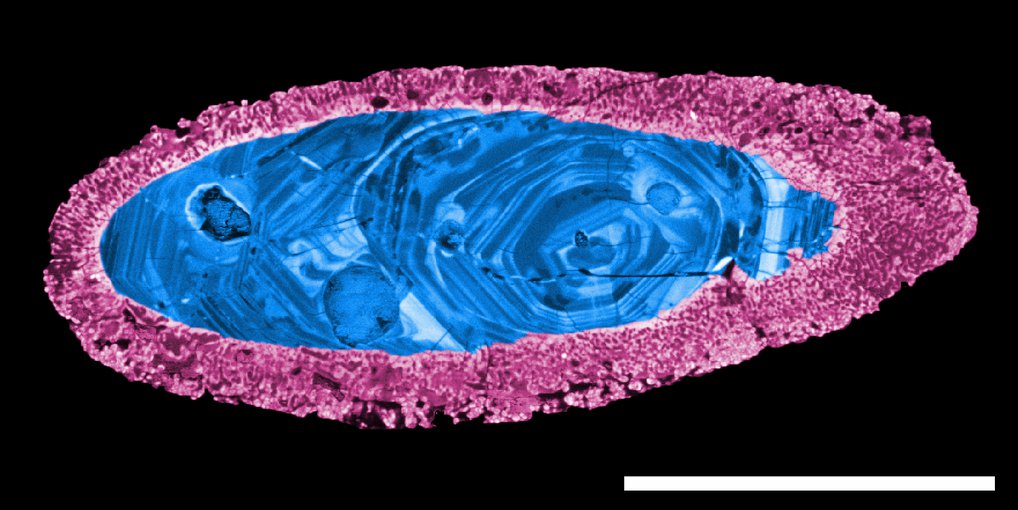 An image of a zircon grain showing exceptional recrystallization texture due to the impact.Image credit: NASA.

The Earth is pocked with roughly 190 major meteor craters, yet scientists only know the age of just a few. Recently, A NASA scientist analyzed the age of the Yarrabubba meteor crater in Australia and found it to be 2.229 billion years old, making it now the oldest crater currently known.

“It’s 200 million years older than the previously oldest known crater, which was the over 200-kilometer Vredefort Dome crater in South Africa,” said Timmons Erickson, a research scientist with the Astromaterials Research and Exploration Science division, or ARESv, at NASA’s Johnson Space Center.

Erickson made the discovery leading a team that included Christopher Kirkland, Nicholas Timms and Aaron Cavosie from Curtin University in Australia and Thomas Davison from Imperial College London. The researchers recently announced their finding in the journal Nature Communications. 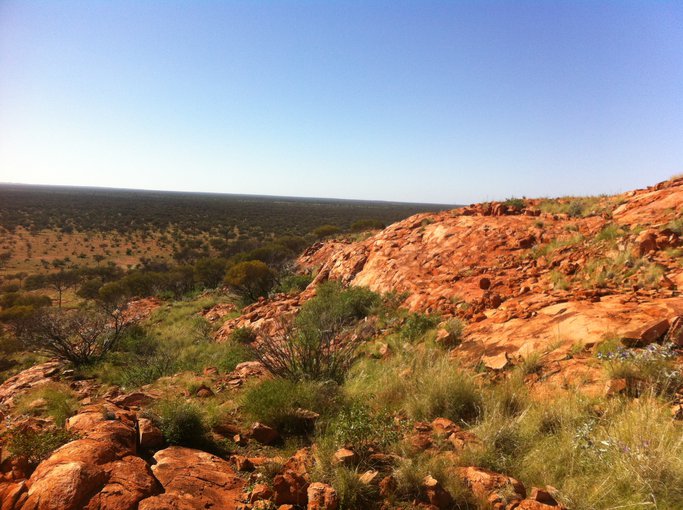 Scientists are interested in dating the age of meteor strikes because these impacts likely played significant roles in the environmental development and history of our planet. For example, many people are familiar with the theory that dinosaurs were wiped out by a climatic chain reaction, triggered by a meteor that struck Mexico’s Yucatan Peninsula 66 million years ago.

“Scientists wonder how meteor impacts might relate to the formation of the continents. We also would like to know when the frequency of meteor impacts declined to the point where life could emerge and thrive,” said Erickson. “These are all big questions in the field of science.”

The Yarrabubba impact structure Erickson studied is located in a very remote part of Western Australia. The original crater is believed to have been 70 kilometers across, though its remnant today is only 20 kilometers.

The site is so old that today it doesn’t look like the typical impact crater that would have a clearly visible rim and deep bowl. Instead, Yarrabubba’s once-defining features have been worn away by wind, rain and other natural forces, leaving only overgrown rocky outcrops and ridges.

Yarrabubba’s condition means scientists can’t use the most common approach to dating craters. Many craters typically feature what’s called a “melt sheet,” which is a top layer of easy-to-reach rock that was heated to the point of melting and crystallized when the impact first occurred. That rock can be used to date the event but it’s often some of the first to be altered or weathered away, as in the case of Yarrabubba.

So, then, how can scientists determine the age of an ancient meteor crater so weathered by time?

Erickson did it by searching for rocks that showed signs of being subjected to the shock and heat of a meteor strike. In particular, he gathered rock samples that contain two minerals: zircon and monazite. The minerals are crystals that contain uranium and lead, the ratio of which can be measured to determine the age of rock. Erickson and the research team used an electron microscope at Curtin University to look at crystals that were melted by the meteor impact. The scientists then measured the uranium and lead in those crystals to calculate their age: 2.229 billion years old.

The timing of Yarrabubba’s impact coincides with the formation of some of Earth’s earliest icecaps and glaciers, shortly after the emergence of oxygen in the atmosphere.

“The great thing about this project is it shows how we can determine the age of ancient, deeply eroded craters,” said Erickson.

Given this new capability, ARES added the equipment for analyzing ancient meteor craters to its own facilities in Houston. The addition will help even more scientists nail down the age of our planet’s meteor craters, and as a result, reveal more about Earth’s long, complicated — and at times explosive — past.