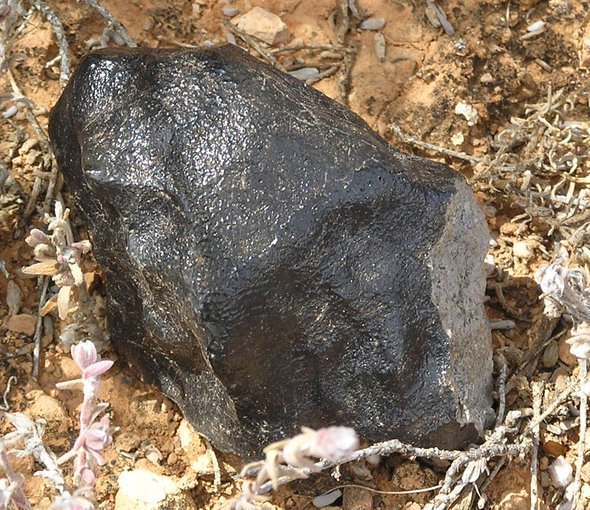 A new analysis of a meteorite called Bunburra Rockhole has revealed that the rock originated from a previously unknown parent asteroid, allowing scientists to understand the geology of the parent body.

The parent body was differentiated, meaning that it was large enough to separate into a core, mantle and crust, and was roughly spherical in shape, though not as large as a planet. Identifying a new differentiated asteroid is vital for understanding the formation of asteroids and planets in the Solar System. Most of the large asteroids in the Asteroid Belt are already known, so this means that either the meteorite originated on an asteroid that has been eroded, or there is another large asteroid out there.

Bunburra Rockhole was the first meteorite to be recovered using the Desert Fireball Network, a network of cameras across Australia that observe where meteoroids enter the atmosphere. These cameras make it possible to determine the orbit of a meteorite prior to its descent to Earth. Models of the orbit of Bunburra Rockhole placed its origin within the innermost, main asteroid belt, interior to Vesta, the second-largest body in the Asteroid Belt between Mars and Jupiter.

The oxygen isotopes of a meteorite can act as a fingerprint to identify the parent body it originated from. The group of meteorites known as HED (howardite, eucrite, and diogenite) are thought to emanate from Vesta, as their oxygen isotope signatures are the same. Bunburra Rockhole was originally classed as a eucrite, however its oxygen composition is very different from that of the other HEDs.

When an asteroid or a protoplanet accretes enough material, it will start to become roughly spherical. The heaviest material sinks into the core, and the body becomes split up into the core, mantle, and crust. This process is known as differentiation.Image credit: Smithsonian Museum of Natural History.

In a new study, astro-geologist Gretchen Benedix of Curtin University in Australia and colleagues, performed a more detailed analysis of the meteorite. The paper, “Bunburra Rockhole: Exploring the geology of a new differentiated asteroid,” was recently published in the journal Geochimica et Cosmochimica Acta. The research was funded by NASA’s Emerging Worlds and Cosmochemistry programs. NASA Astrobiology provides resources for Emerging Worlds and other Research and Analysis programs within the NASA Science Mission Directorate (SMD) that solicit proposals relevant to astrobiology research. Some of the international consortium were also funded by the Australian Research Council (ARC) and some European grants.

“The initial data were collected on one piece, which gave intriguing results, thus, we examined several different pieces to make sure that the original piece wasn’t an anomaly,” said Benedix.

Their results revealed that all of the different pieces also have anomalous oxygen compositions, showing that the initial analysis on a single piece was correct. The composition measured does not equate to that seen in meteorites from Vesta.

Even though the oxygen composition is different to that of Vesta, the bulk composition of Bunburra Rockhole is remarkably similar, raising even more questions about the meteorite’s origin.

Three scenarios were proposed by the scientists in order to attempt to explain the anomalies of this meteorite. The first was that the rock had been contaminated by other material, the second that it originated from a previously un-sampled part of Vesta, and the third that its parent body is an undiscovered differentiated asteroid. 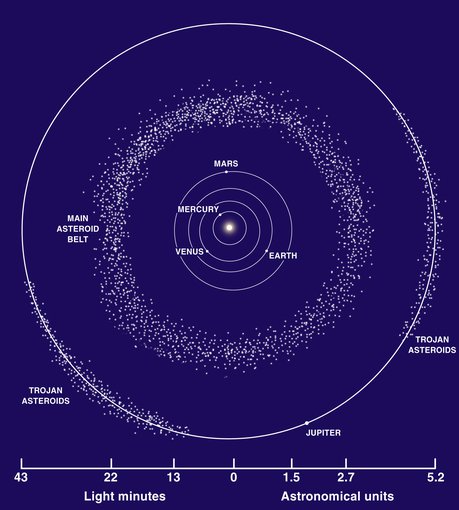 The main Asteroid Belt, where Vesta resides, is located between Mars and Jupiter.Image credit: Lunar and Planetary Institute/NASA.

If contamination had occurred, an estimated 10 percent of the material in the meteorite would have to be contaminants in order to explain the anomalous oxygen, and this is something that would have been obvious in computer tomography scans (CT scans) due to the density differences between materials. In addition, fragments of the contaminant should also have been present, and yet none were seen. This evidence was used to rule out the contamination theory.

If the meteorite came from an un-sampled part of Vesta, it would imply that Vesta is heterogeneous, meaning the composition varies across the asteroid. However, there is no evidence, based on the HED meteorites, to suggest that Vesta is heterogeneous as all have the same oxygen isotope composition. This means that the oxygen composition was homogenous across Vesta prior to the formation of the basalt that the eucrites come from. Therefore, Vesta cannot be the parent body of Bunburra Rockhole.

This leaves standing the theory that a previously undiscovered, differentiated asteroid is the most likely origin of Bunburra Rockhole.

“The bulk chemical composition of a meteorite tells a lot about how much thermal or aqueous alteration it has experienced,” explained Benedix. “This is because heat and water tend to move different elements around at different rates. So if a body has been differentiated, like Earth, it will separate into a metal rich core, a dense mineral rich mantle and a light mineral rich crust because of the elements that make up those minerals.” 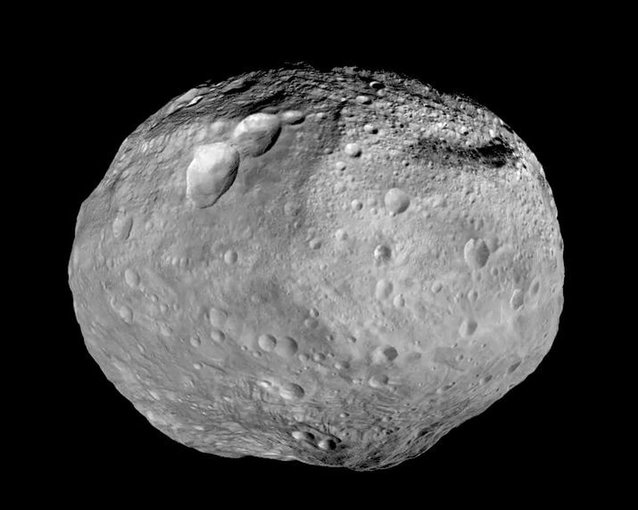 “All the larger asteroids in the belt and in near Earth space are classified,” explained Benedix. “So either there is another big asteroid that we haven’t found yet or the asteroid that Bunburra Rockhole originated from has evolved over time through space weathering and impact processing.”

The parent asteroid would have been a similar size to Vesta, although slightly smaller. Rare earth elements and bulk major elements in the meteorite show similar levels of partial melting, as Vesta does, but the variations in the oxygen isotopes in the meteorite are consistent with quicker cooling than Vesta, indicating a body around 100 kilometers smaller.

Interestingly, another strange meteorite, called Asuka 881394, has similar oxygen and chromium isotope abundances to Bunburra Rockhole (though there are enough subtle differences to indicate that it is not the same parent asteroid), which suggests that there could be yet another differentiated body out there that would have formed around the same time and in the same region as the Bunburra Rockhole parent. Analyzing Asuka will be a future project for the team of scientists.