Looking Back at the Formation of the Sun 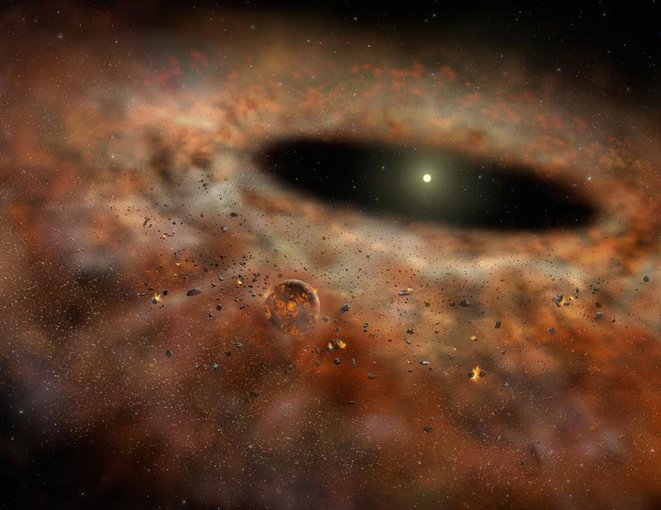 A study supported in part by the NASA Astrobiology Program outlines best practices for using secondary ion mass spectrometry (SIMS) to determine the initial ratios of beryllium isotopes present in materials formed in the early Solar System. Beryllium is a relatively rare element the the Universe and does not exist free in nature on Earth. Beryllium-10 is a short-lived radionuclide produced by irradiation reactions.

Beryllium-10 can be found in calcium-rich, aluminium‐rich inclusions (CAIs) in meteorites. CAIs were the first solids formed in the Solar System, and by studying the ratios of beryllium isotopes in these materials, astrobiologists can gain a better understanding of the environment in which the Sun formed. Studying the early evolution of the Solar System is an important step in determining the conditions that led to the formation of the Earth, the only planet yet known to host life.

The study, “Best Practices for Determination of Initial 10Be/9Be in Early Solar System Materials by SIMS,” was published in the journal Geostandards and Geoanalytical Research. This work was supported by the Emerging Worlds Program. The NASA Astrobiology Program provides resources for Emerging Worlds and other Research and Analysis programs within the NASA Science Mission Directorate (SMD) that solicit proposals relevant to astrobiology research.