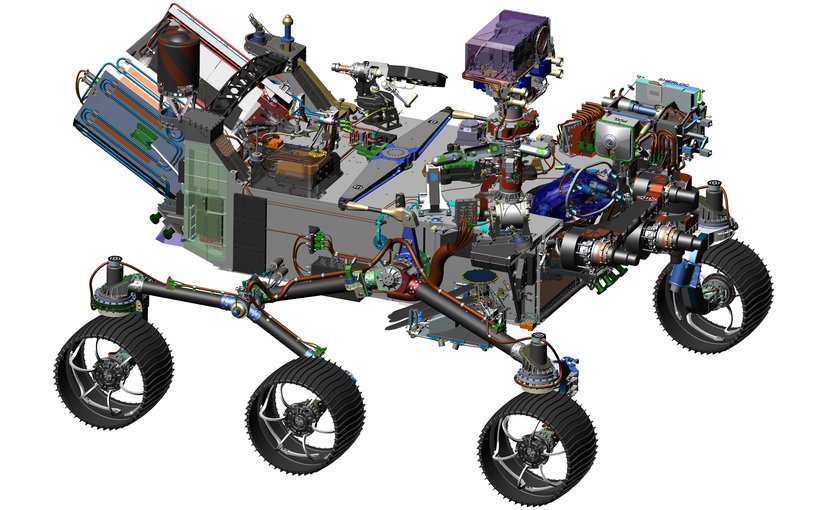 A computer-assisted model of the Mars 2020 rover, which is expected to look for signs of habitable environments on the Red Planet. It also will cache samples for possible return to Earth by another mission. Credit: NASA/JPL-Caltech

Single-celled microbes are considered a living example of the kind of life that might exist elsewhere in the Universe, as they are able to survive some of the extreme conditions that exist on other worlds.

New research on the bacterium Tepidibacillus decaturensis shows that it could be a model organism for what might live on Mars, should any creature inhabit the red planet. This microorganism, found in water more than a mile underground in the Illinois Basin in a formation known as Mount Simon Sandstone, has been shown to be moderately tolerant of heat and salt and able to persist in an anoxic environment. Mars itself is believed to harbor similarly briny surface water without the presence of oxygen.

A paper based on this research, entitled “Tepidibacillus decaturensis sp. nov.: a microaerophilic, moderately thermophilic iron-reducing bacterium isolated from a depth of 1.7 km in the Illinois Basin, USA” was published in the International Journal of Systematic and Evolutionary Microbiology. 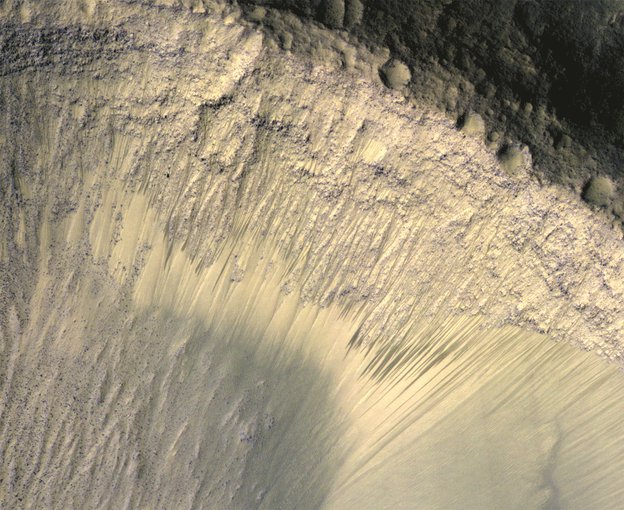 An image of recurring slope lineae on Mars, which are believed to represent the movement of briny water on the Red Planet’s surface. These areas may be hospitable to microbes. Credit: NASA/JPL-Caltech/Univ. of Arizona

The research team piggybacked on drilling activity completed by the Midwest Geological Sequestration Consortium (MGSC), which includes the Illinois State Geological Survey (ISGS) and Archer Daniels Midland (ADM). Supported by the Department of Energy, this project is evaluating locations for storing carbon underground to sequester the enormous volume of CO2 emissions being produced by ADM industrial food production, Sanford explained.

The research team participated in two drill sessions that were completed on the grounds of the ADM facility in Decatur, Illinois. Both wells are within 1,000 feet of one another and clean deep, subsurface groundwater was collected at a variety of depths.The target lithology of the Mount Simon sandstone in this central portion of the Illinois Basin ranges from 1.5 kilometers (0.93 miles) to 2.2 kilometers (1.4 miles) in burial depth. This habitat also happens to have iron oxide minerals coating the sandstone grains, which is also true of much of the surface of Mars.

“There have been some iron-reducers [bacteria] found at deep subsurface environments,” Sanford said. “These organisms have respiratory functions for reducing iron; they are reducing iron like we use oxygen. They use ferric iron to breathe.”

The bacterium they were studying, however, is a fermentative organism. Another example of this kind of organism is yeast, a fungus that converts sugar to alcohol through enzymes. Tepidibacillus decaturensis does not use iron to breathe, but it uses iron to sustain its metabolism in a very similar fashion to how yeast produce ethanol to sustain theirs. 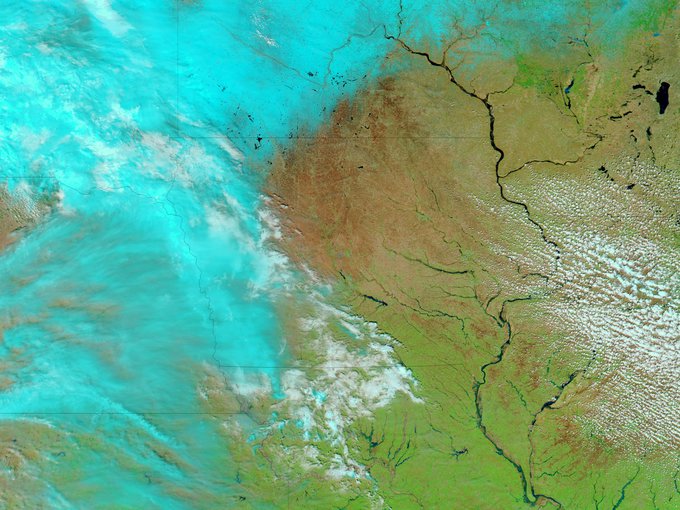 Aqua satellite image of the states of Illinois and Missouri. The Illinois Basin underlies much of the area. Credit: LANCE MODIS Rapid Response

The team is analyzing the genomic composition of Tepidibacillus decaturensis. Luckily, they have found another, separate iron-reducing bacterium from the same geological formation called Orenia metallireducens, the first known bacterial species in genus Orenia that reduces ferric to ferrous iron. (A study based on this finding was recently accepted in the journal Applied and Environmental Microbiology.)

The combination of these two iron-reducing bacteria will allow the scientists to conduct comparative studies of their metabolisms and ecology, permitting them to further explore these novel metal-reducing mechanisms. Two iron-dependent organisms in a similar environment provide valuable comparisons to understand how life behaves in these deep, hostile environments.

“We are trying to see whether there are some new [gene] features to set up experiments to test them, and thus explore for the first time the deep evolutionary history of these organisms on Earth and potentially Mars,” Dong said of the ongoing work.