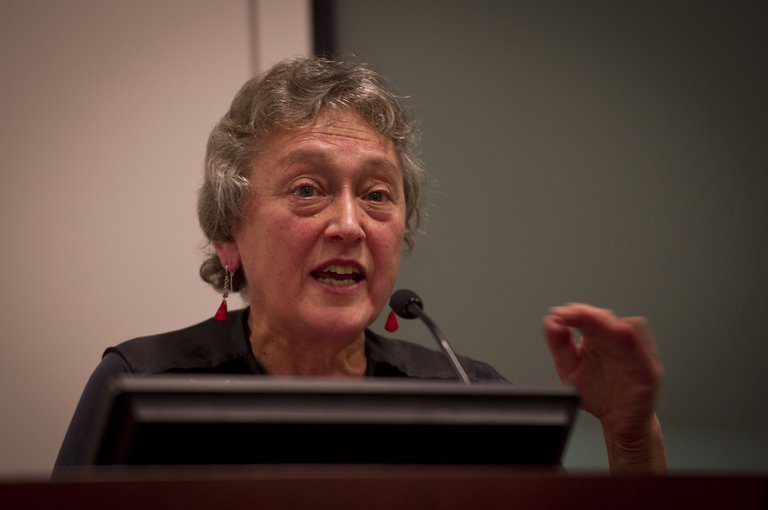 Evolutionary biologist Lynn Margulis, a long-time member of the astrobiology community, died at her home on November 22. She was 73.

Margulis was brilliant, passionate, dedicated, and insatiably curious, about science, education, and life. A superb communicator as well as an outstanding scientist, she participated in hands-on teaching activities at levels from middle to graduate school, served as a faculty mentor at Boston University for years, gave much of her time to public speaking, and authored numerous books about science for scientific and public audiences, many with her son Dorion. She has been, and will remain, an inspiration to many women and men who have had the privilege of knowing her. She is irreplaceable, and the astrobiology community will miss her very much.

Always a pioneer, Margulis was the first female principal investigator of NASA’s Exobiology Program (predecessor of Astrobiology), initially receiving funding for her research in microbial evolution and organelle heredity in the early 1970s. In 1980, Margulis established a Planetary Biology Internship (PBI) program, which the Exobiology/Astrobiology program has supported since its inception. Through the PBI program, which enables graduate students to work in the laboratories of scientists at NASA facilities and of NASA-supported scientists at universities, Margulis herself mentored many students who are now productive members of the astrobiology community. In 2010, Margulis served as a keynote speaker at a NASA symposium to mark the 50th anniversary of NASA’s Exobiology/astrobiology program. (A video record of this talk is available at: www.livestream.com/astrobiology50th.)

Born and raised in Chicago, Margulis entered the University of Chicago at age 14, receiving her A.B. there in 1957. She earned her M.S. from the University of Wisconsin in 1960 and her Ph.D. from the University of California, Berkeley, in 1963. For many years until her death, she served as Distinguished University Professor with the Department of Geosciences at the University of Massachusetts, Amherst. She was elected to the National Academy of Sciences in 1983 and was awarded the National Medal of Science in 1999. In 2008, she was one of thirteen recipients of the prestigious Darwin-Wallace Medal, traditionally bestowed every 50 years by the Linnean Society of London. She was also inducted into the World Academy of Art and Science, the Russian Academy of Natural Sciences, and the American Academy of Arts and Sciences. Her papers are permanently archived in the Library of Congress in Washington, DC.

Margulis is best known for her work on the theory of symbiogenesis, which describes how microbes evolve by means of long-lasting interactions between organisms, and her collaboration with friend and colleague James Lovelock (also an early Exobiology PI) on the Gaia hypothesis. Her work has contributed to establishing the bacterial origins of both chloroplasts and mitochondria, and her latest research focused on the possible origin of cilia from spirochetes. Among her most recent books are Symbiotic Planet: A new look at evolution (1998) and Acquiring Genomes: A theory of the origins of species (2002), co-written with Dorion Sagan. Her work with K. V. Schwartz provides a consistent formal classification of all life on Earth and has lead to the third edition of Five Kingdoms: An illustrated guide to the phyla of life on Earth (1998). Their evolutionary classification scheme was generated from scientific results of numerous colleagues.

Margulis’s children Dorion, Jeremy, Zachary, and Jennifer, and her grandson Tonio, invite her friends to join them for an open house in celebration of her life on Saturday November 26th from 4-8 p.m. and Sunday November 27th from 10-4 p.m., at her home on 20 Triangle Street, Amherst, MA. In lieu of flowers, friends may contribute to the Lynn Margulis Memorial Fund to support students to continue her scientific research.

Her family reports that plans are in the works to host a larger public celebration of Lynn’s life and science in the new year.