Improved Sequence of an Antarctic Organism 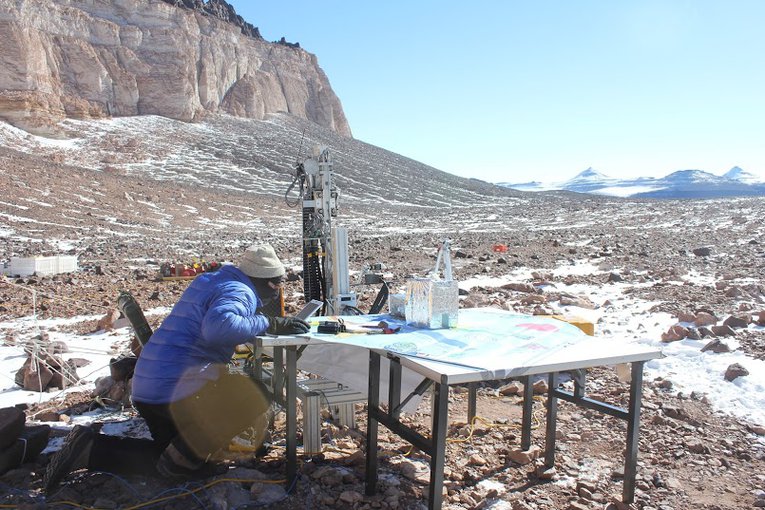 A new genome announcement for an organism found in ice-cemented permafrost in the upper elevations of Antarctica’s McMurdo Dry Valleys has been released. Rhodotorula sp. Strain JG1b is a single-celled yeast that grows in temperatures ranging from 30°C to -10°C, and salinity of up to 15% NaCl and 12% perchlorate. Perchlorate in an environment is known to depress the freezing-point of water, allowing it to remain liquid at low temperatures. Rhodotorula sp. Strain JG1b is known as a eurypsychrophile due to the environments in which it is capable of surviving.

The study provides new information about an extremophilic organism that could provide insight into how life as we know it might survive in harsh conditions found on other worlds, such as Mars. Members of the genus Rhodotorula can be found in a range of extreme environments, including high salt, high pressure, anaerobiosis, high concentrations of metals, pH as low as 1.5, and low temperatures.

The work was supported in part by the Astrobiology Science and Technology for Exploring Planets (ASTEP) element of the NASA Astrobiology Program. ASTEP was an active program element from 2001 to 2014 and supported investigations focused on exploring Earth’s extreme environments to learn how best to search for life on other planets. The types of projects that were funded by ASTEP are now competed under Planetary Science and Technology from Analog Research (PSTAR).