About Image
The space shuttle Endeavour hangs against Earth’s atmosphere. The stratosphere is represented by the whitish layer.NASA
May 30, 2018
Research Highlight

The presence of microbial life in Earth’s stratosphere is not only opening up a new arena in which to study extremophiles, but is increasing the range of possible environments in which we may find life on other planets. This is the conclusion of a new study that summarizes what we know about stratospheric life so far.

The stratosphere is the atmospheric zone that lies directly above the dynamic troposphere where we live, but it is mostly a mystery when it comes to the life that exists there.

You might not realize it when you’re staring out a plane window (we fly through the lowest levels of the stratosphere when we’re cruising over 35,000 feet), but there are all kinds of microorganisms out there, according to Professor Shiladitya DasSarma, who is a microbiologist at the University of Maryland School of Medicine, USA , and a co-author on the new study, which is published in the journal Current Opinion in Microbiology. 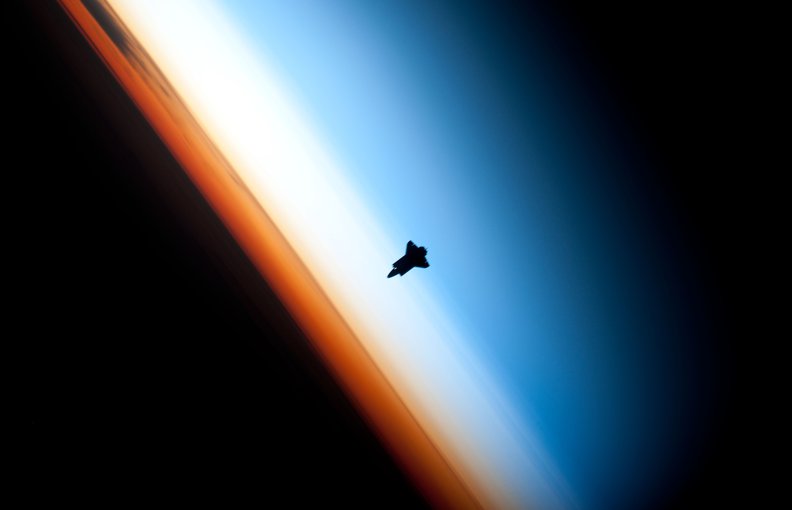 The space shuttle Endeavour hangs against Earth’s atmosphere. The stratosphere is represented by the whitish layer.Image credit: NASA.

“Generally, people don’t think of microbes being airborne,” he tells Astrobiology Magazine. “But there’s a saying in microbiology: Everything is everywhere.”

However, there are “very few studies at the present time” that look at the atmospheric biome. Part of the issue is that there is a low density of cells in a large volume of air. But when you look at it globally, the numbers are significant: 1021 is the current estimate for the number of cells lifted annually into the atmosphere.

Still, the space involved is vast: “When you’re talking about the entire atmosphere of a planet, how do you do a survey of that?” asks Priya DasSarma, a research scientist also from the University of Maryland and the study’s lead author. She suggests it would have to be a community exercise with a long timeline, which would eventually result in what she calls an ‘Atlas of Stratospheric Microbes’.

“A program like that would be incredibly productive and interesting and worthwhile,” she says, not only for what it could tell us about life on Earth, but also how cells could survive and even adapt to life on other planets. That has implications when it comes to planetary protection (not exposing other planets to terrestrial germs), and to astrobiology more generally.

“When we measure the response of terrestrial life in extreme environments on Earth, we can learn more about habitability across the Solar System and where to refine the search for life elsewhere,” says Dr David J. Smith, a senior microbiologist in the Space Biosciences Division at NASA’s Ames Research Center. 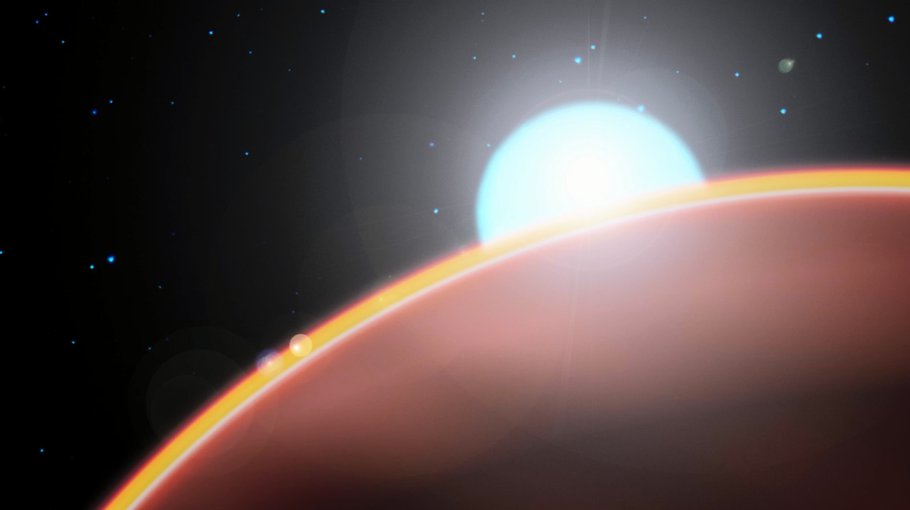 A stratosphere has been identified by the Hubble Space Telescope on the exoplanet WASP-33b, among others. Could life exist in alien stratospheres?Image credit: NASA Goddard.

Conditions in the stratosphere are brutal – it’s a dry, cold, hypobaric (i.e. low pressure), ultraviolet-drenched environment, which is why it serves as an apt analog to life on other worlds with similar conditions.

“The temperatures, UV and dryness are similar to Mars, so it’s a great proxy,” says Shiladitya DasSarma. Nevertheless, life persists. Bacteria and fungi usually perish in this kind of environment, but those that survive do so via a few strategies. For instance, forming spores is a tried-and-true way to protect genetic material.

Yet even non-spore-forming extremophiles have mechanisms to protect themselves. “There’s a wide variety of stress-survival mechanisms,” says Shiladitya DasSarma. “For UV, a number of [extremophiles] have DNA damage-repair mechanisms. Others have additional, more quiescent methods, like extreme halophiles that can survive very low-water situations because their proteins are designed to hold onto whatever small amount of water is present.”

If life can survive the conditions in the stratosphere, perhaps life can also survive in space. When it comes to microbes hitchhiking on interplanetary spacecraft, it’s going to be increasingly important that we know which of these bacteria, archaea or fungi can survive, since we know from the stratosphere studies that cold temperatures, UV radiation and other factors won’t kill every last cell.

Currently, space agencies including NASA have a mandate not to expose other planets to Earth’s microfauna, so precautions are taken before launching landers. In most cases there’s not likely to be much that will remain alive after a spacecraft has been doused in cosmic rays. However, we know from experience how hardy invasive species on Earth can be – there’s a reason life is “everywhere” on Earth.

“We know Mars is a dusty planet and spacecraft coated in dust might shade some microbial hitchhikers,” says Smith, who published a paper in 2017 examining this idea. “Also, a portion of bioburden [the amount of microbes surviving on spacecraft] are embedded deep inside the spacecraft’s hardwarewhere they are protected from radiation, substantially reducing or completely eliminating the effects of UV.” With just minimal protection, microbes can use the same strategies that allow them to survive in the stratosphere – like DNA repair of UV damage, or water storage – to stay alive far from Earth.

It’s important to keep in mind that surviving does not necessarily mean thriving. Just because an organism makes it to, say, Mars, doesn’t mean it will be viable and reproduce. That’s why knowing more about extremophiles, particularly those in Earth’s stratosphere, is key.

Conversely, at some point we may actually want some of these microorganisms to thrive, because good bacteria are going to be important partners for us when we set up human colonies. “If we want to go to Mars and inhabit it, we are going to want to bring whatever microbes and macrobes [i.e. larger lifeforms] with us that we need to survive there,” says Priya DasSarma. “But we don’t want to bring anything that contaminates or destroys the environment that we’re going to.”

Knowing how and why tough organisms persist in the stratosphere above our heads will be important when it comes to protecting planets that we explore in the short term. Meanwhile, looking farther into the future, those same extreme lifeforms could eventually help us to survive on other worlds as we expand out into the Galaxy.

The study, “Survival of microbes in Earth’s stratosphere,” was published in the journal Current Opinion in Microbiology. The work was supported by NASA Astrobiology through the Exobiology Program.