About Image
NASA’s Juno spacecraft was racing away from Jupiter following its seventh close pass of the planet when JunoCam snapped this image on May 19, 2017, from about 29,100 miles (46,900 kilometers) above the cloud tops.Enhanced Image by Gerald Eichstädt and Sean Doran (CC BY-NC-SA) based on images provided Courtesy of NASA/JPL-Caltech/SwRI/MSSS
Aug. 11, 2020
Feature Story

How Many Habitable Zone Planets Can Orbit a Host Star?

Our solar system has but one planet orbiting in what is commonly known as the habitable zone — at a distance from the host star where water could be liquid at times rather than always ice or gas. That planet, of course, is Earth.

But from a theoretical, dynamical perspective, does this always have to be the case? The answer to that question is no because a number of stars are known to have more than one habitable zone planet.

Now a team from the University of California, Riverside has produced a study that concludes as many as seven Earth-sized, habitable zone planets could orbit a single star — if there were no large Jupiter-sized planets in the system and if the star was of a particular type.

The article, published in the Astronomical Journal, concluded that seven habitable zone planets was the maximum for a star, but a sun such as ours could potentially support six planets with sometimes liquid water — a condition considered essential for life. 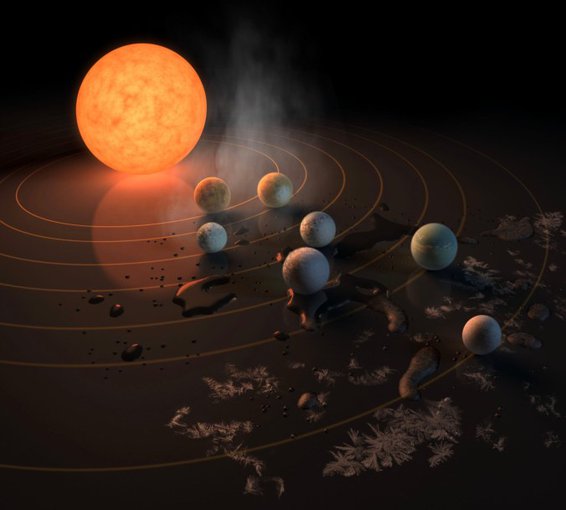 This representation of the Trappist-1 system shows which planets could potentially have temperature conditions which would allow for the presence of liquid water, seen generally as essential for life. The inner three planets are likely too hot, and the outer planet is probably too cold, but the middle three planets might be just right. (NASA / JPL-Caltech)Image credit: NASA / JPL-Caltech.

Study leader Stephen Kane, an astrobiologist who focuses on potentially habitable exoplanets, said he had been studying the nearby solar system Trappist-1, which has three Earth-like planets in its habitable zone and seven planets all together.

“This made me wonder about the maximum number of habitable planets it’s possible for a star to have, and why our star only has one,” Kane said.

More later about the destabilizing effects of giant planet, but the Kane (and others) say that looking for solar systems without Jupiter-size planets has become increasingly important because of this effect on other terrestrial planets.

With the discovery of an eighth planet, the Kepler-90 system is the first to tie with our solar system in number of planets. Artist’s illustration. Credit: NASA/Ames Research Center/Wendy StenzelImage credit: NASA/Wendy Stenzel.

To determine how many habitable zone planets might be possible in a solar system, his team created a model system in which they simulated planets of various sizes orbiting their stars. An algorithm accounted for gravitational forces and helped test how the planets interacted with each other over millions of years.

Stellar classifications were a key consideration since larger, brighter, and hotter (aka. “early-type”) stars are known to have wider habitable zones, whereas smaller and cooler stars (like our sun and red dwarfs) have much narrower ones. Their model also incorporated an algorithm that accounted for the gravitational forces involved, which helped test how planets would affect each other’s orbits over the course of millions of years.

It also helps if the planets’ movement is circular rather than oval or irregular, minimizing any close contact and maintain stable orbits. 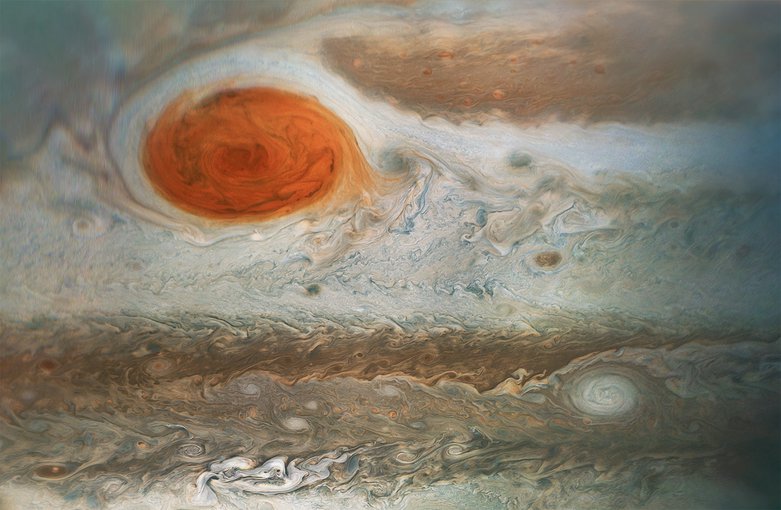 This image of Jupiter’s iconic Great Red Spot and surrounding turbulent zones was captured by NASA’s Juno spacecraft. Giant planets such as Jupiter may limit the number of habitable zone planets in a solar system, and they might also protect planets like our own.Image credit: Enhanced Image by Gerald Eichstädt and Sean Doran (CC BY-NC-SA) based on images provided Courtesy of NASA/JPL-Caltech/SwRI/MSSS.

They selected for their model the star Beta Canum Venaticorum (Beta CVn), which is relatively close by at 27 light years away and is quite similar to our own star in type and luminosity. No planets have actually been detected orbiting BetaCVn but that is not for a lack of looking — there is more than 20 years or data collected in the search.

Since the consensus view now is that all stars have orbiting planets, the absence of any discovered planets at BetaCVn is actually a positive sign for the potential presence of Earth-sized planets in the star’s habitable zone.

This is because the inability to find a planet circling BetaCVn so far means almost certainly that it does not have a large Jupiter-sized planet in its system because that would have been found by now. As a result, the system is more likely to have numerous small, terrestrial, Earth-sized planets, which is what astrobiologists such as Kane are looking for.

Their model determined that it is possible for some stars to support as many as seven habitable zone planets, and that a star like our sun could potentially support six planets with liquid water.

This conclusion might seem implausible, since many (or most) of the exoplanets detected so far are considerably larger than Earth.

But this the excess of large-planet detections is a function of the technology and techniques available to hunt for planets. Based on the survey taken between 2009 and 2016 by the Kepler Space Telescope, there are actually many more smaller planets in the cosmos than larger ones; the small planets are just much more difficult to find.

As Kane explained, current estimates are that more than 90% of sun-like stars such as Beta CVn and have no destabilizing Jupiter-size analog planets. “These may be the systems that have the best chance of maximizing locations for the possible formation and evolution of life,” he told me. 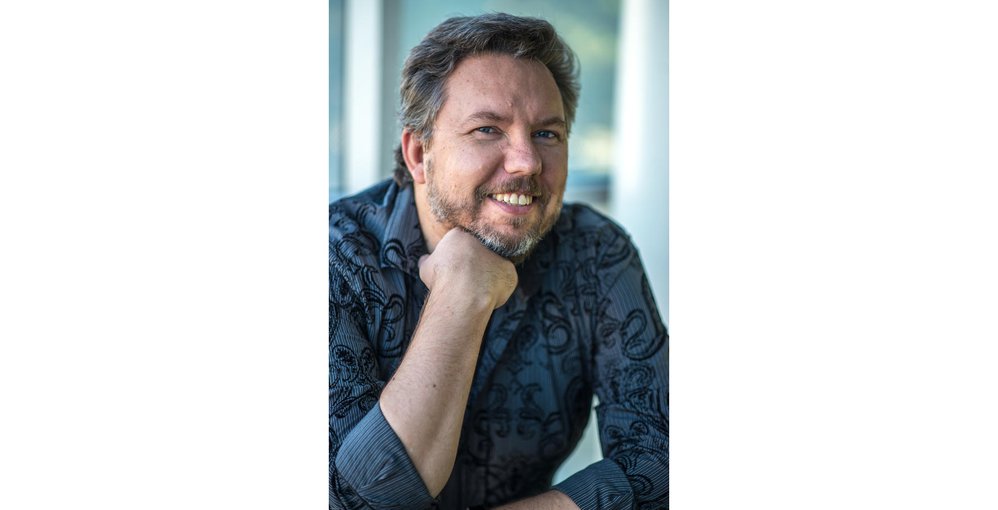 Kane suspects that our Jupiter, which has a mass two-and-a-half times that of all the other planets in the solar system combined, limited our system’s habitability.

“It has a big effect on the habitability of our solar system because it’s massive and disturbs other orbits,” Kane said.

Of course, Jupiter and its huge gravitational pull is also something of an asteroid magnet and it that has no doubt saved smaller planets — like Earth — from life-ending impacts. In this context, Jupiter is sometimes called the “big brother” to Earth’s “little brother.”

So far, astronomers have found only a handful of stars with multiple planets in their habitable zones today. (Stars and solar systems are always changing so that is a snapshot in time. Venus and Mars, for instance, may well have been in habitable zones long ago, when the sun was less powerful and luminous and solar system conditions were otherwise different than today.)

Moving forward, Kane plans to search for additional stars surrounded entirely by smaller planets. These stars will be prime targets for direct imaging with NASA telescopes like the one at Jet Propulsion Laboratory’s Habitable Exoplanet Observatory.

Jupiter has a diameter of about 88,695 miles (142,800 kilometers) which is more than 11 times the diameter of Earth. It’s volume is over 1,300 times the volume of Earth. This means that Jupiter is so big that over 1,300 Earths could fit inside of it.Image credit: NASA.

Future studies will also involve the creation of new models that examine the atmospheric chemistry of habitable zone planets in other star systems.

Projects like these offer more than new avenues in the search for life in outer space. They also offer scientists insight into forces that might change life on our own planet one day.

“Although we know Earth has been habitable for most of its history, many questions remain regarding how these favorable conditions evolved with time, and the specific drivers behind those changes,” Kane said in a release. “By measuring the properties of exoplanets whose evolutionary pathways may be similar to our own, we gain a preview into the past and future of this planet — and what we must do to main its habitability.”

And as he added in an email:

“It’s also fun to think of how our system would be different if we had six Earth-size planets in the habitable zone, and how that would have changed the way we see space exploration. Planet hopping would have a far lower expense and technology threshold, and planetary exploration and perhaps even terraforming may have advanced considerably further than it has in our present reality. Food for thought!”

Related:
Click here to read a press release from the University of California: Riverside concerning this research.

The study, “Dynamical Packing in the Habitable Zone: The Case of Beta CVn,” was published in The Astronomical Journal. The work was supported by the Nexus for Exoplanet System Science (NExSS).  NExSS is a NASA  research coordination network supported in part by the  NASA Astrobiology Program. This program element is shared between NASA’s Planetary Science Division (PSD) and the Astrophysics Division.