How Did Multicellular Life Evolve? 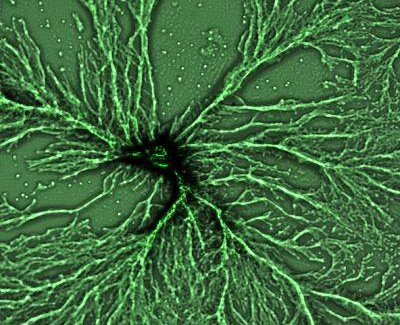 Scientists are discovering ways in which single cells might have evolved traits that entrenched them into group behavior, paving the way for multicellular life. These discoveries could shed light on how complex extraterrestrial life might evolve on alien worlds.

Researchers detailed these findings in the October 24, 2016 issue of the journal Science.

The first known single-celled organisms appeared on Earth about 3.5 billion years ago, roughly a billion years after Earth formed. More complex forms of life took longer to evolve, with the first multicellular animals not appearing until about 600 million years ago.

The evolution of multicellular life from simpler, unicellular microbes was a pivotal moment in the history of biology on Earth and has drastically reshaped the planet’s ecology. However, one mystery about multicellular organisms is why cells did not return back to single-celled life.

“Unicellularity is clearly successful — unicellular organisms are much more abundant than multicellular organisms, and have been around for at least an additional 2 billion years,” said lead study author Eric Libby, a mathematical biologist at the Santa Fe Institute in New Mexico. “So what is the advantage to being multicellular and staying that way?”

The answer to this question is usually cooperation, as cells benefitted more from working together than they would from living alone. However, in scenarios of cooperation, there are constantly tempting opportunities “for cells to shirk their duties — that is, cheat,” Libby said. 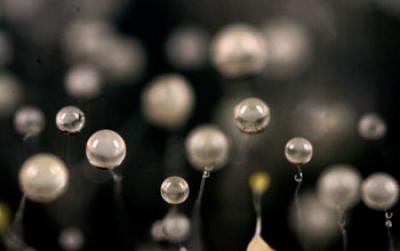 “As an example, consider an ant colony where only the queen is laying eggs and the workers, who cannot reproduce, must sacrifice themselves for the colony,” Libby said. “What prevents the ant worker from leaving the colony and forming a new colony? Well, obviously the ant worker cannot reproduce, so it cannot start its own colony. But if it got a mutation that enabled it to do that, then this would be a real problem for the colony. This kind of struggle is prevalent in the evolution of multicellularity because the first multicellular organisms were only a mutation away from being strictly unicellular.”

Experiments have shown that a group of microbes that secretes useful molecules that all members of the group can benefit from can grow faster than groups that do not. But within that group, freeloaders that do not expend resources or energy to secrete these molecules grow fastest of all. Another example of cells that grow in a way that harms other members of their groups are cancer cells, which are a potential problem for all multicellular organisms.

Indeed, many primitive multicellular organisms probably experienced both unicellular and multicellular states, providing opportunities to forego a group lifestyle. For example, the bacterium Pseudomonas fluorescens rapidly evolves to generate multicellular mats on surfaces to gain better access to oxygen. However, once a mat has formed, unicellular cheats have an incentive to not produce the glue responsible for mat formation, ultimately leading to the mat’s destruction. 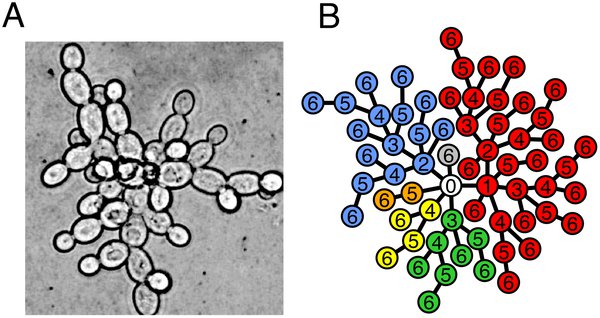 To solve the mystery of how multicellular life persisted, scientists are suggesting what they call “ratcheting mechanisms.” Ratchets are devices that permit motion in just one direction. By analogy, ratcheting mechanisms are traits that provide benefits in a group context but are detrimental to loners, ultimately preventing a reversion to a single-celled state, said Libby and study co-author William Ratcliff at the Georgia Institute of Technology in Atlanta.

In general, the more a trait makes cells in a group mutually reliant, the more it serves as a ratchet. For instance, groups of cells may divide labor so that some cells grow one vital molecule while other cells grow a different essential compound, so these cells do better together than apart, an idea supported by recent experiments with bacteria.

Ratcheting can also explain the symbiosis between ancient microbes that led to symbionts living inside cells, such as the mitochondria and chloroplasts that respectively help their hosts make use of oxygen and sunlight. The single-celled organisms known as Paramecia do poorly when experimentally derived of photosynthetic symbionts, and in turn symbionts typically lose genes that are required for life outside their hosts.

These ratcheting mechanisms can lead to seemingly nonsensical results. For instance, apoptosis, or programmed cell death, is a process by which a cell essentially undergoes suicide. However, experiments show that higher rates of apoptosis can actually have benefits. In large clusters of yeast cells, apoptotic cells act like weak links whose death allows small clumps of yeast cells to break free and go on to spread elsewhere where they might have more room and nutrients to grow. 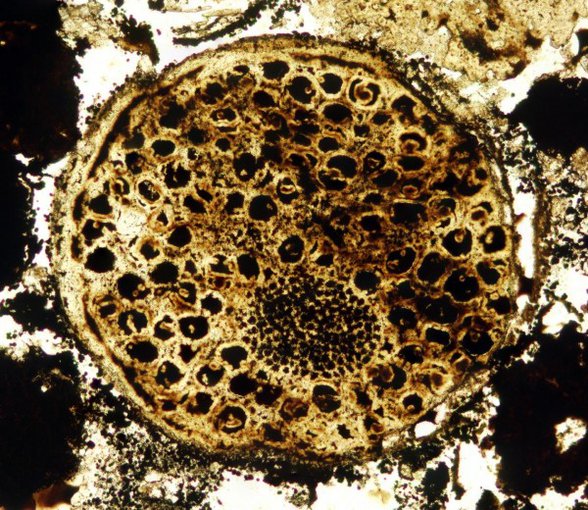 “This advantage does not work for single cells, which meant that any cell that abandoned the group would suffer a disadvantage,” Libby said. “This work shows that a cell living in a group can experience a fundamentally different environment than a cell living on its own. The environment can be so different that traits disastrous for a solitary organism, like increased rates of death, can become advantageous for cells in a group.”

When it comes to what these findings mean in the search for alien life, Libby said this research suggests that extraterrestrial behavior might appear odd until one better understands that an organism may be a member of a group.

“Organisms in communities can adopt behaviors that would appear bizarre or counterintuitive without proper consideration of their communal context,” Libby said. “It is essentially a reminder that a puzzle piece is a puzzle until you know how it fits into a larger context.”

Libby and his colleagues plan to identify other ratcheting mechanisms.

“We also have some experiments in the works to calculate the stability provided by some possible ratcheting traits,” Libby said.