About Image
Jupiter’s moon Europa has a subterranean ocean, a rocky seabed, and geothermal heat produced by Jupiter’s gravitational tides. Water, rock and heat were all that were required by LUCA, so could similar life also exist on Europa?NASA/JPL–Caltech/SETI Institute
Sept. 29, 2021
Feature Story

Frigid Europa Holds a Huge and Maybe Habitable Ocean Beneath Its Thick Ice Covering. How is That Possible?

A new article from the Many Worlds Blog discusses current theories about how Jupiter’s moon Europa is able to harbor a global ocean of liquid water beneath its icy surface. As Europa travels around Jupiter on its elliptical orbit, the moon is stretched and squeezed by Juipter’s powerful gravity. This is called tidal flexing, and could generate a great deal of heat inside Europa, keeping the ocean liquid. This tidal flexing is likely the primary mechanism for maintaining Europa’s ocean, but other processes could also be occurring. Recently, astrobiologists supported by the NASA Astrobiology Program have put forward new ideas about possible contributions from volcanoes and metamorphic processes.

When minerals are exposed to extremely high temperatures and pressures, they can lose water and volatile elements. In a study published in the Geophysical Research Letters, researchers describe how this process could have released large amounts of carbon dioxide and water from Europa. A second paper, also published in Geophysical Research Letters, discusses the possibility of volcanoes erupting from Europa’s seafloor.

Both metamorphic processes and volcanos could play a role alongside tidal heating to maintain a liquid ocean on Europa. Astrobiologists will have a better idea of what exactly is happening at the moon when upcoming missions, such as NASA’s Europa Clipper, arrive to collect new data.

Click here to read the full article from Many Worlds. 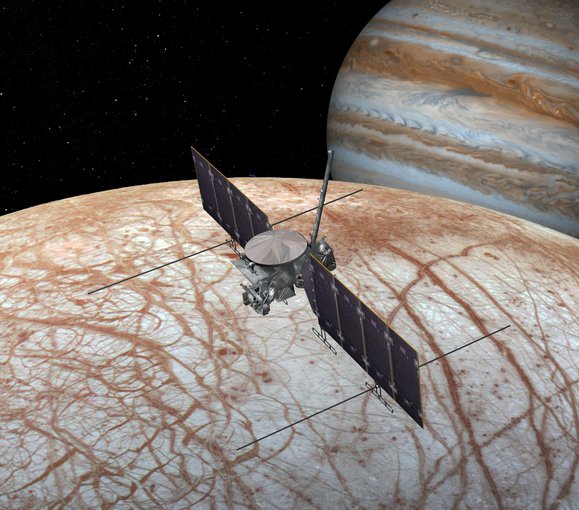