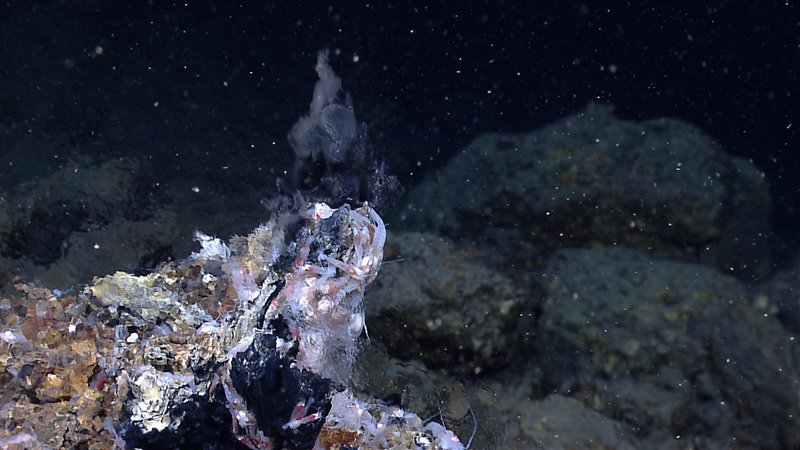 A new study supported in part by the NASA Astrobiology Program identifies particulate sulfur in buoyant hydrothermal plumes that could fuel chemosynthetic microorganisms. Scientists collected particles in plumes at the Von Damm Vent Field at the Mid-Cayman Rise in the Caribbean. Using a specially developed filtration system, samples were collected vertically above two sites. Both the particulate sulfur speciation and the activity of sulfur-cycling genes in the plumes were measured. The results show that microbial activity is dynamic and diverse through the buoyant plume, and materials could ultimately be transported widely in the deep ocean. If it is indeed possible to export materials from the buoyant plume, these materials could have implications for deep ocean biogeochemistry.

The study, “Dynamic biogeochemistry of the particulate sulfur pool in a buoyant deep-sea hydrothermal plume,” was published in the journal ACS Earth Space Chemistry. The research was supported in part by the Astrobiology Science and Technology for Exploring Planets (ASTEP) element of the NASA Astrobiology Program. ASTEP was an active program element from 2001 to 2014 and supported investigations focused on exploring Earth’s extreme environments to learn how best to search for life on other planets. The types of projects that were funded by ASTEP are now competed under Planetary Science and Technology from Analog Research (PSTAR).