The fifth regional heat of FameLab USA’s Season 3 took place in Chicago, IL, on June 13-15 in conjunction with the 2015 Astrobiology Science Conference (AbSciCon).

Fifteen early career scientists participated, and the research represented covered everything from the geological history of Earth to planetary atmospheres and the search for life on planets beyond our solar system! The first round of competition was held in The Field Museum of Chicago.

Ten of the fifteen participants advanced to an evening competition held at AbSciCon, presenting their second 3-minute, powerpoint-free talk to a public audience.

Eddie Schwieterman of the University of Washington and Mike Pagano of Arizona State University were chosen as wild cards (they’ll have a chance to be selected as National Finalists later in 2016).

The regional competitions of FameLab USA’s Season 3 are not yet finished. Early career scientists looking to participate, please keep an eye out for details on the next online competition at the FameLab USA website: http://famelab-eeb.arc.nasa.gov/ 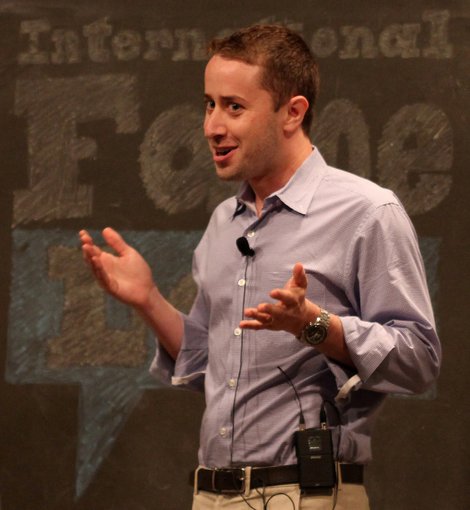 Dan Scolnic of the University of Chicago was selected as the winner of FameLab USA at AbSciCon 2015. Credit: NASA Astrobiology / Aaron L. Gronstal