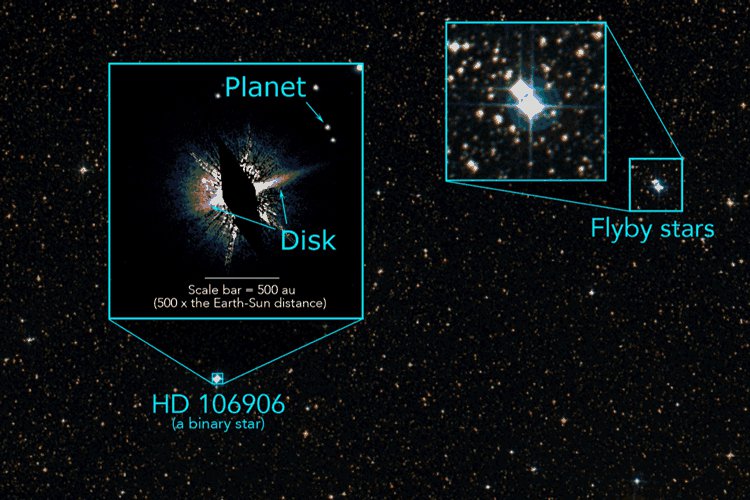 From the University of California at Berkeley:

Some of the peculiar aspects of our solar system — an enveloping cloud of comets, dwarf planets in weird orbits and, if it truly exists, a possible Planet Nine far from the sun — have been linked to the close approach of another star in our system’s infancy that flung things helter-skelter.

A planet orbiting a young binary star may have been perturbed by another pair of stars that skated too close to the system between 2 and 3 million years ago, soon after the planet formed from a swirling disk of dust and gas.

The study, “A Near-coplanar Stellar Flyby of the Planet Host Star HD 106906,” was published in The Astronomical Journal. The work was supported by the Nexus for Exoplanet System Science (NExSS).  NExSS is a NASA  research coordination network supported in part by the  NASA Astrobiology Program. This program element is shared between NASA’s Planetary Science Division (PSD) and the Astrophysics Division.