Evidence of Response to Environmental Stimuli in Ancient Organisms 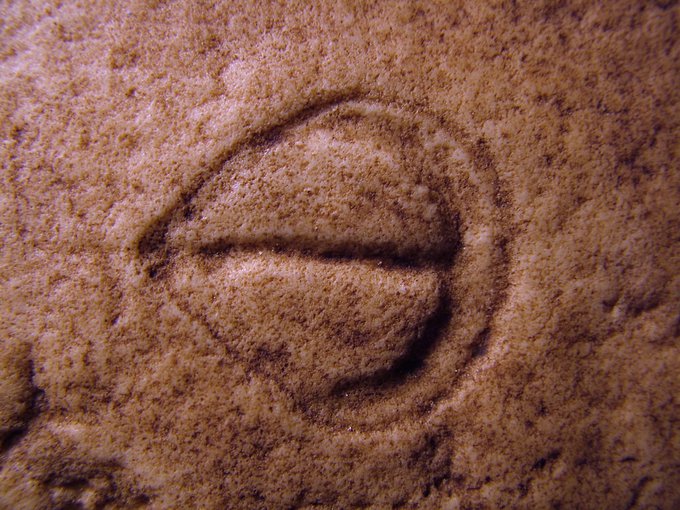 The Ediacaran is a period in Earth’s history that lasted from 635 million years ago (Mya) to 541 Mya, and marked the end of the Proterozoic Eon. By this time on Earth multicellular organisms had evolved, and life forms that resembled fronds and segmented creatures can be found in this part of the fossil record. Yet there are many questions that remain concerning the organisms that existed during the Ediacaran Period, and the environments in which they lived.

In a new study, researchers examined fossils preserved on rock slabs representing ancient seafloor sediments and were able to study not only individual organisms, but also the population structure of a shield-shaped creature known as Parvancorina. Evidence suggests that Parvancorina had a preferred position or alignment on the seafloor, facing into the water currents. This type of behaviour is known as rheotaxis, and can be seen in numerous aquatic species today. The study provides the oldest evidence of rheotaxis in the fossil record, and also gives insight into the behaviour of these ancient animals. Evidence that Ediacaran organisms were able to physically respond to stimuli, or move has been rare. The new study shows an important step in the evolution of life and the ability of organisms to actively interact with their environment.

The study, “Rheotaxis in the Ediacaran epibenthic organism Parvancorina from South Australia,” was published in the journal Nature: Scientific Reports. The work was supported in part by NASA Astrobiology through the Exobiology & Evolutionary Biology Program. Additional support came from the Australian Research Council, National Geographic, and the South Australian Museum.