Does Hydrogen Feed the Subseafloor Biosphere?

Written byAaron GronstalSourceProceedings of the National Academy of Sciences 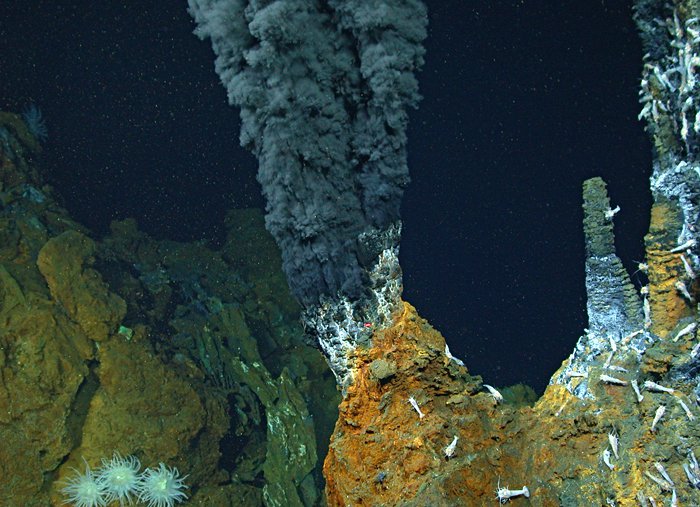 In a recent study, researchers supported in part by the NASA Astrobiology Program made an important discovery about hydrogen, a potential source of food for microbial organisms, at hydrothermal vents on the Earth’s seafloor. Astrobiologists have been studying these vents since the 1970s, when the discovery of these sites changed our understanding of how life might thrive deep below the Earth’s oceans where sunlight does not reach.

At hydrothermal vents, astrobiologists examine the mechanisms used by life to shed light on how life as we know it might thrive in similar conditions on other ocean worlds, such as Jupiter’s moon Europa or Saturn’s moon Enceladus. The presence of hydrogen in the Enceladus plume has been seen as evidence of a habitable environment below the ice surface. This study provides a new lens through which the conditions of habitability should be re-examined. 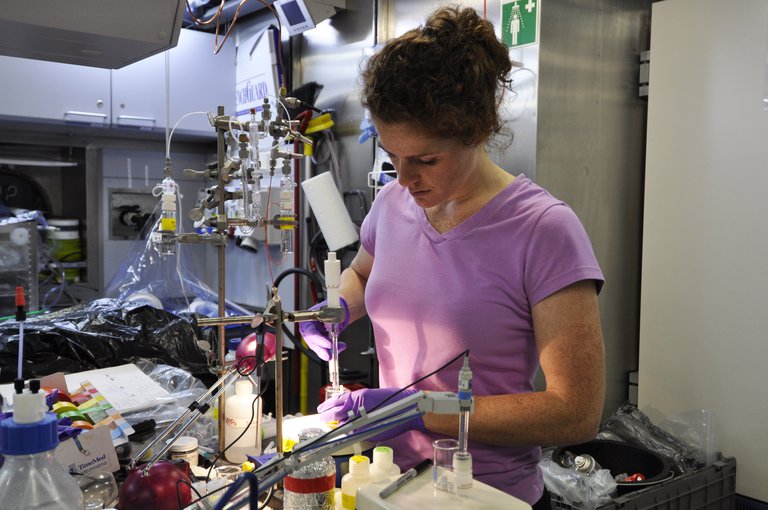 Additionally, astrobiologists study the role that hydrothermal vents might have played in the origins of life on Earth. With a bubbling mixture of chemicals and energy, vent sites might have been ideal locations for the transition from chemistry to biology. Moreover, the availability of hydrogen is thought to have been an important factor in early metabolism. The depletion of hydrogen at vent sites through abiotic processes raises new considerations concerning the potential for life’s origins deep below Earth’s early oceans.

The research team collected fluid from the Earth’s deepest hydrothermal vents – the Piccard vents found at the Mid-Cayman rise. Hydrothermal vents release fluids that can exceed 350℃, and the temperature limit for life as we know it is considered to be 122℃. The fluids examined in the Piccard vents ranged from 44℃ to 149℃, spanning the transition from habitable to uninhabitable. 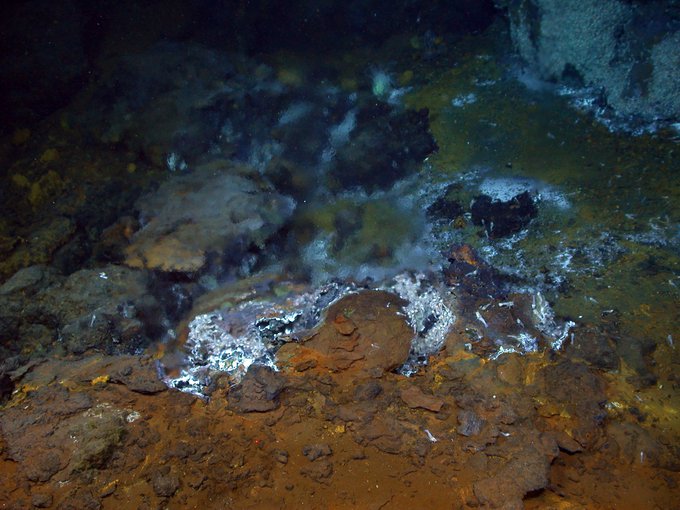 At hydrothermal vent sites, hot fluids mix with cold seawater to create environments that contain a rich mixture chemical species. Some microorganisms, known as chemoautotrophs, can harness energy to thrive from reactions between these chemicals. Hydrogen is one example, and previous studies have shown that hydrogen is depleted in these environments. This depletion of hydrogen was thought to be due to the activity of microorganisms that live in what is known as the subseafloor biosphere.

The new study, however, challenges this explanation. The research team observed that hydrogen was being depleted in samples that were above the 122℃ limit for life. This finding indicates that the hydrogen depletion was the result of abiotic (non-biological), thermogenic (thermal breakdown) processes. In short, the study shows that energy to fuel the subseafloor biosphere on Earth from hydrogen may be more limited than previously thought. 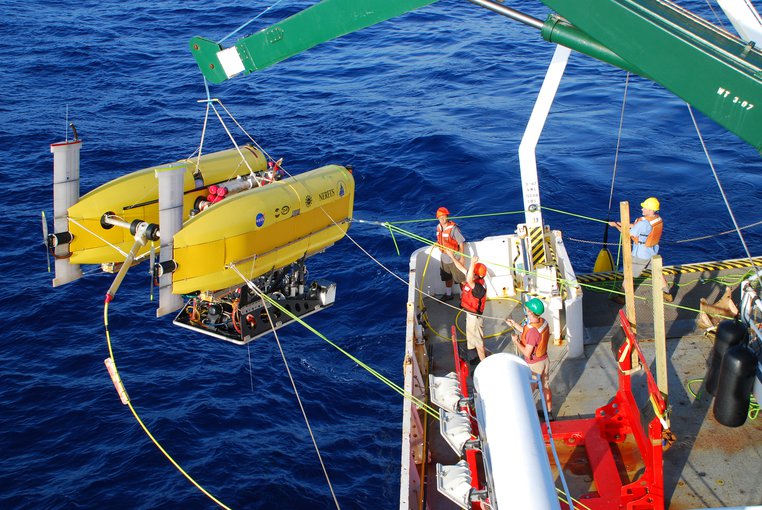 A press release concerning this research is available from LeHigh University:
Discovery transforms understanding of hydrogen depletion at the seafloor

The study, “Abiotic redox reactions in hydrothermal mixing zones: decreased energy availability for the subsurface biosphere,” was published in the Proceedings of the National Academy of Sciences. The research was supported by the Astrobiology Science and Technology for Exploring Planets (ASTEP) element of the NASA Astrobiology Program ASTEP was an active program element from 2001 to 2014 and supported investigations focused on exploring Earth’s extreme environments to learn how best to search for life on other planets. The types of projects that were funded by ASTEP are now competed under Planetary Science and Technology from Analog Research (PSTAR). Additional support came from the former NASA Astrobiology Institute (NAI) element of the NASA Astrobiology Program. This program has been superseded by Interdisciplinary Consortia for Astrobiology Research (ICAR). The research herein benefited from collaborations and/or information exchange within the Network for Ocean Worlds (NOW), a research coordination network supported by the NASA Astrobiology Program.